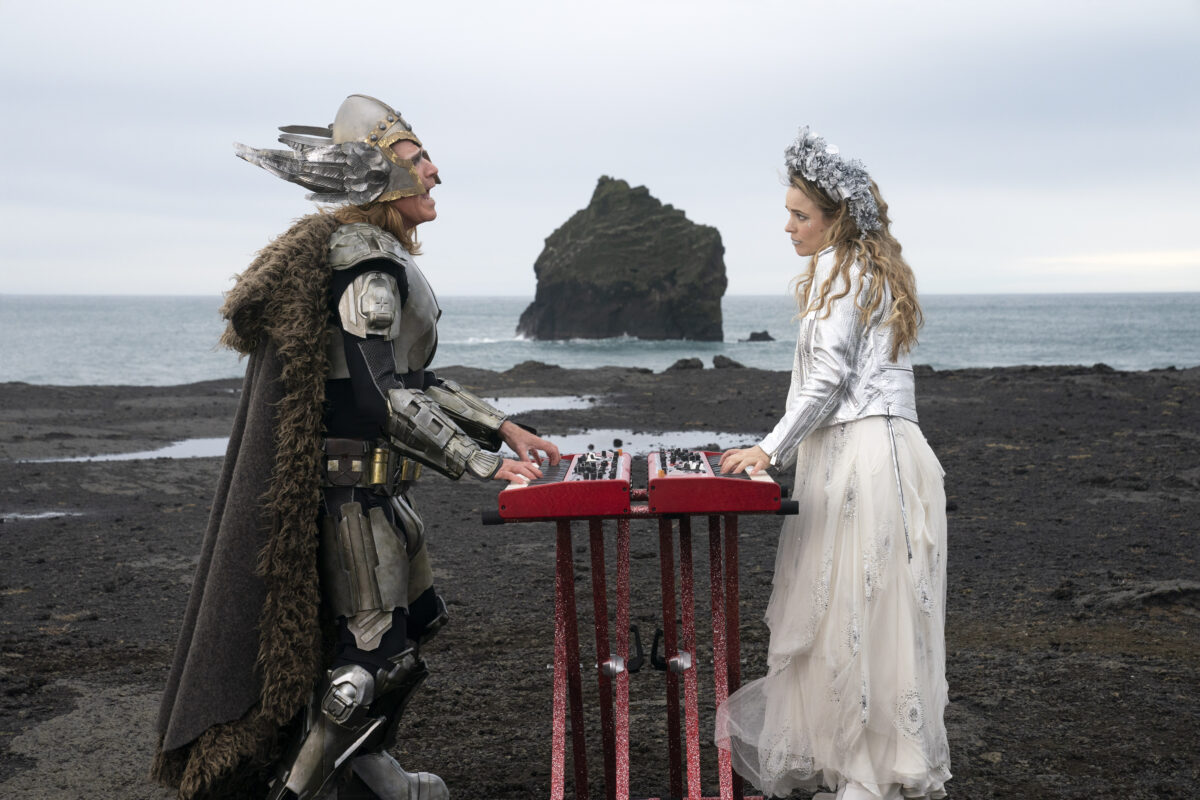 Will Ferrell loves the Eurovision Song Contest. And honestly, what’s not to love? The international singing showcase is a festival of over the top camp blended with real talent to deliver a wholly unique pop culture phenomenon that has kept audiences entertained for over 60 years. Since the pandemic has canceled this year’s contest, Ferrell’s tribute happily stands in as a loving yet ribbing homage to ESC.

Ferrell stars as Lars Erickssong, an outcast in his Icelandic hometown of Húsavík, who possesses a singular dream of winning the Eurovision Song Contest. It’s a dream that is roundly mocked by the town, especially by his embarrassed father, played by Pierce Brosnan. The only person who supports Lars is his best friend and bandmate Sigrit Ericksdottir (Rachel McAdams), who has harbored an unrequited love for Lars since childhood.

Thanks to a series of accidents (some more violent than others) the duo find themselves headed to Edinburgh, Scotland, where they will be representing their home country in the contest. Once there, they meet colorful competitors like Alexander Lemtov (Dan Stevens), a flamboyant Russian singer with eyes for Sigrit, and Greek songstress Mita Xenakis (Melissanthi Mahut) who pursues Lars.

While Ferrell trots out the latest iteration of his vainglorious oaf persona, the real star of the show is McAdams, who grounds her performance with sincerity and humor. This is McAdams’ first big broad comedy since her star-making turn in Mean Girls, and a reminder of just how good she is in the right project.

But while McAdams steals every scene she’s in, the film struggles to walk the fine line between satire and sincerity. As a result, the film is overlong with not nearly enough laughs. It’s a toothless riff on the contest that fails to reach the heights of Eurovision itself. And it’s a shame, because there is a handful of genuinely funny moments, but not enough to justify the 2 hour runtime, which is bogged down by predictable plot mechanics and running gags that don’t quite come together.

Eurovision is trying to have its cake and eat it too: to tell a sincere underdog story while mocking the ridiculousness of ESC. By not quite committing to one or the other, it fizzles. Honestly, I would have preferred a film that centers on Sigrit’s journey to discover herself as an artist, without the bumbling man-child she is inexplicably enamored of.

Still, there is plenty to enjoy: the gorgeous vistas of real life Husavik, the catchy songs, and a host of Eurovision fan favorites popping up in cameos. With just enough flash and goofy moments to keep you entertained, there are worse ways to spend an evening, and you may just find yourself won over by the end.