Or transport her into the future in Wonder Woman 1984, I'm not picky. 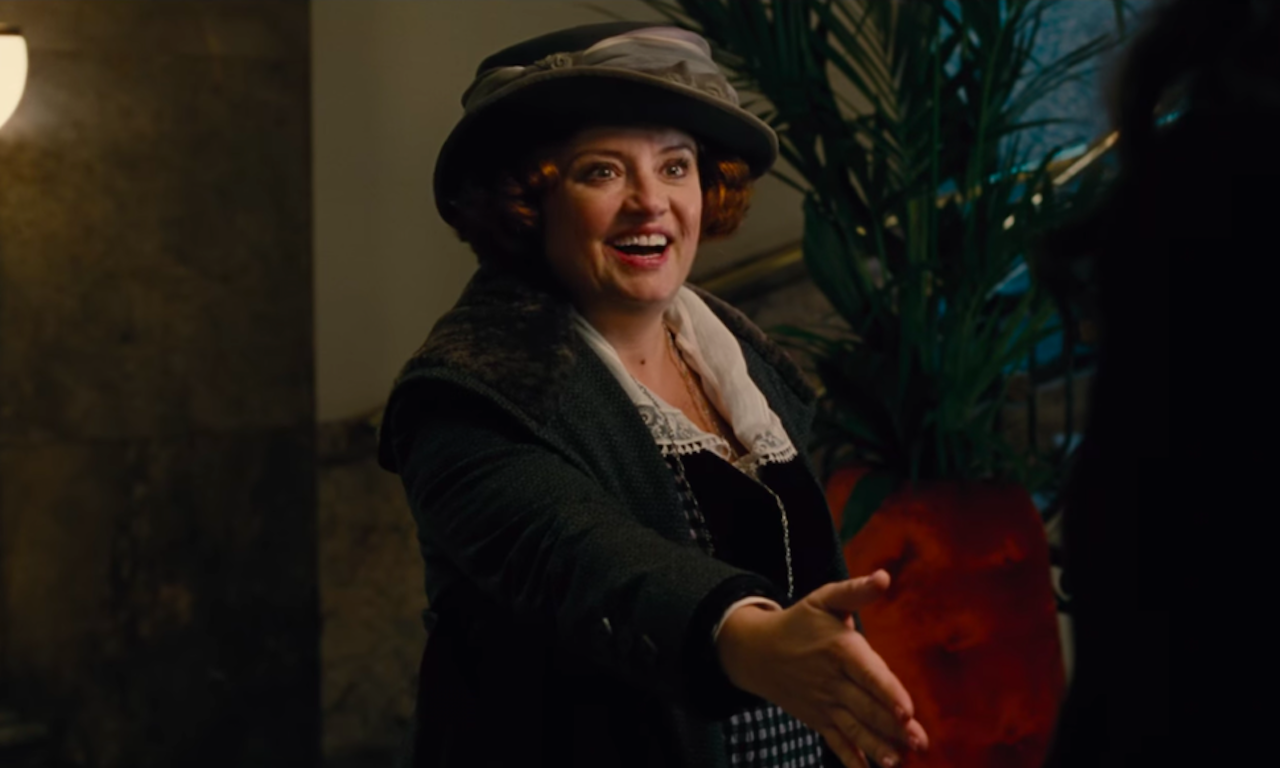 As the rest of the DCEU scrambles around for a new direction (which wouldn’t be that hard to do), we can count on the constant that Wonder Woman will always be the heart of the films. But as Diana is off saving the world/universe/multiverse, we could use a smaller stakes series with familiar characters. Namely, a character from DC’s most popular movie. Namely … Etta Candy from Wonder Woman, played by Lucy Davis. Give us more female-led projects, DC, because as established, that’s what people tend to like in your franchise.

Etta emerged from the film as a fan favorite—DC even based half their marketing for the home video release of Wonder Woman around Etta reminiscing over the other characters. Not only that, but they built up hype for Justice League by releasing an exclusive “epilogue” to Wonder Woman where she’s leading a mission to find one of Steppenwolf’s Mother Boxes.

It’s a great clip, mind you. Etta combats sexism by calling her friends out on their misogyny and also breaks a chair over someone’s head. If you weren’t in love with her before, you’re in love with her now. (The epilogue is also worth it for the sheer tomfoolery of the fact they manage to get both a Charlie’s Angels reference and an “I got 99 problems” joke in a film set in the early 1900s.)

Basically, DC set up their own Agent Carter-esque television series and then never followed through on it. But, with the hype for Wonder Woman 1984 starting to build, now could be a perfect time to reintroduce Etta to audiences as a way to bridge the gap between the two films.

Etta is also an important part of the Wonder Woman canon at large. She’s often portrayed as Diana’s best friend and close confidant, and she is described by Tim Hanley in his book Wonder Woman Unbound: The Curious History Of The World’s Most Famous Heroine as being “a brave and heroic leader who was always in the thick of the fight beside her friend Wonder Woman.” In her various incarnations, she’s been an Air Force pilot, a spy, and always a total badass.

In one of the more recent arcs, she’s bisexual and had feelings for Dr. Barbara Minerva before Minerva became Cheetah, so we could also get a comic book television series with a bisexual female lead if DC didn’t keep ignoring my calls.

A story centered on Etta, set in 1920s London, right after women gained the right to vote, would definitely tackle period-typical sexism and, should DC decide to go with canon, homophobia. It’s a bit grim for what could be a peppy spy series, but given that Wonder Woman’s thesis is that love does triumph over all, it could be a more hopeful look at Etta overcoming adversity. Given that she’s eventually promoted to Commander in the comics as she works as a spy, we could see a similar rise on her end in the television series.

Of course, she can’t be the only woman on the show—that would defeat the entire purpose of there being a show in and of itself. Definitely add in a few more female characters to her circle; we could have a return of her college friends the Holliday Girls, a female coworker or two, and possibly a female villain to face off against (after all, Dr. Poison, played by Elena Anaya, is still out there and could make a nefarious return). My one request is that we get at least one woman of color in the show, preferably more, as representation does matter, and we don’t need to represent only white women.

And yes, the rest of the Wonder Team from the movie should be there too: Charlie (Ewen Bremner), Sameer (Saïd Taghmaoui), and Chief (Eugene Brave Rock). Not only is this more of a diverse lineup of male characters than most, but the three were also excellent in Wonder Woman and have fantastic chemistry with each other and Davis. Given that Etta is shown working with them in the epilogue scene, to have them suddenly disappear wouldn’t make sense.

There’s a lot of ground to cover with them narratively, as well. Charlie suffers from PTSD after the war, Sameer has dreams of becoming an actor that are challenged by racism, and Chief is a literal demigod. So, yeah. Definitely a couple seasons’ worth of material there.

And of course, Diana can make a few choice appearances, as well, to let us know what she’s doing between 1918 and 1984. That almost goes without being said.

Above all else, it would be a good way to create a larger DC universe as the Powers That Be try to contend with their current lineup of films. Establishing a Wonder Woman world within the DC’s multiverse would be a great way to draw in fans who were drawn to the characters of the film. If DC wants to launch a multiverse, drawing audiences in with familiar faces on a project based on their best film is a safe bet. Besides, Etta is a fascinating character with a rich history, and she deserves more than a one-off appearance in one film. Give the character what she deserves, and I assure you, viewers will come.