Tell Your Inner Fourth-Grader to Get Pumped: We’re Getting an Encyclopedia Brown Movie

The beloved children's series about a mildly insufferable boy-detective and his crew of crime-stoppers is being made into a movie. 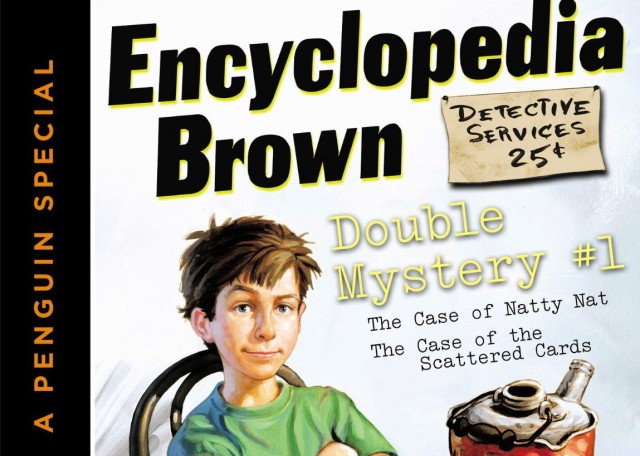 After nearly a half-century of writing, Donald Sobol’s series of children’s books following the adventures of plucky boy detective Encyclopedia Brown are set to be transformed into a big screen blockbuster. Protagonist Leroy “Encyclopedia” Brown, so nicknamed for his impressive and occasionally unnerving memory and intelligence, solves mysteries in twenty-eight books, often by asking a single question or forcing the guilty party to incriminate themselves. He’s joined by his best friend and unofficial bodyguard Sally Kimball in a small detective agency in his garage, frequented mostly by other children.

Oh, also, did I mention that he’s 10? It’s kind of an important polot point, as starting a detective agency in your parent’s garage is adorable when you’re 10 before becoming desperately sad when you’re 25.

The series has been wildly successful– in book form, that is. Its efforts to make the jump to screens both silver and small have met with failure for decades now. Previous attempts to develop a movie, beginning in the 1980s with Goldie Hawn and Chevy Chase and continuing up through the mid 2000s with Ridley Scott, were all unsuccessful, though HBO ran a short-lived series in 1989.

While the serial, episodic nature of the books doesn’t lend itself easily to film, hopefully whomever is selected to adapt the stories into a screenplay uses the uncertain nature of this transformation to create something more interesting than the most recent rash of Nancy Drew movies.

(via ScreenRant and HollywoodReporter, image via Amazon)