Emilia Clarke Talks About Being Pressured to Do Nude Scenes: “You Don’t Wanna Disappoint Your Game of Thrones Fans” 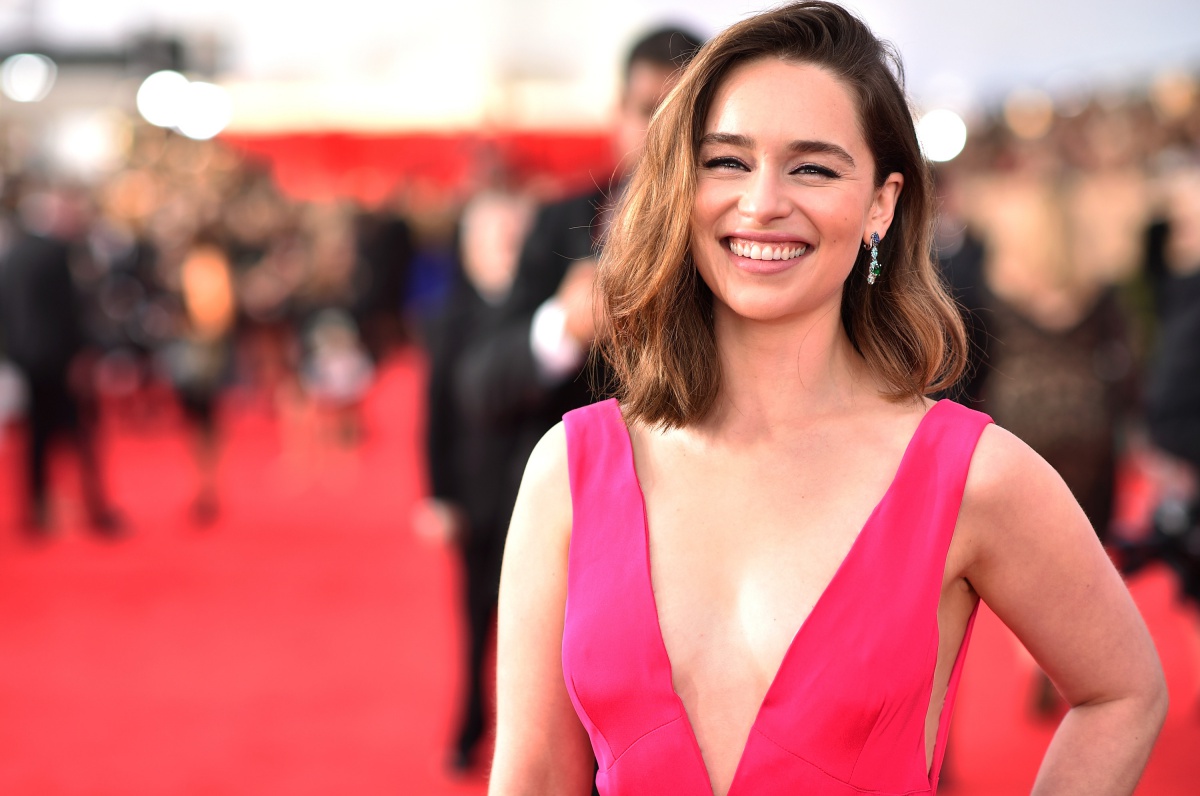 Emilia Clarke is a delight. I enjoyed her in Last Christmas, and I think she is on track to a great post-Game of Thrones career as long as she keeps acting alongside people she has excellent chemistry with. She has a great knack for comedy, and when she’s working with writers who don’t just expect her to be “sexy,” I think she’ll go far. Due to playing a role that has required so much nudity (Daenerys Targaryen on Thrones), Clarke has had to learn to advocate for herself about what her boundaries are.

According to the Independent, while discussing on-screen nudity with Dax Shepard on his podcast Armchair Expert, Clarke told Shepard about a situation where she was asked to perform a nude scene that she hadn’t agreed to in advance. Clarke doesn’t name the film, but all I have to say is screw whatever it was.

“I’m a lot more savvy [now] with what I’m comfortable with, and what I am okay with doing,” she explained. “I’ve had fights on set before where I’m like, ‘No, the sheet stays up’, and they’re like, ‘You don’t wanna disappoint your Game of Thrones fans’. And I’m like, ‘F*** you.’”

During the interview, Clarke described feeling “overwhelmed” by the “f*** ton of nudity” in the first season of Game of Thrones. “I took the job and then they sent me the scripts and I was reading them, and I was, like, ‘Oh, there’s the catch!’” she said. “But I’d come fresh from drama school, and I approached [it] as a job – if it’s in the script then it’s clearly needed, this is what this is and I’m gonna make sense of it… Everything’s gonna be cool.”

Hearing Clarke speaking about this, you can hear her excitement about being an unknown and getting the role of Dany despite not being the tall willowy person fans expected from the book descriptions, with her “round” features and petite height (Carnival Row’s Tazmin Merchant was the original person cast to play Dany, and she very much fit that mark). You can see that she is just someone who isn’t afraid to be silly and it makes me want to just hug her and make sure she is always as safe as she wants. She dealt with a lot of imposter syndrome and feeling like she couldn’t speak up for herself.

“Regardless of there being nudity or not, I would have spent that first season thinking I’m not worthy of requiring anything, I’m not worthy of needing anything at all,” she said. “Whatever I’m feeling is wrong, I’m gonna cry in the bathroom and then I’m gonna come back and we’re gonna do the scene and it’s gonna be completely fine.”

She did have an on-set advocate in her co-star, Jason Momoa (Khal Drogo). “He took care of me,” she said of Momoa. She went on to explain that it was only while working with Momoa that she “realized that she could set the rules about how much of her body she was willing to show.”

“It was definitely hard,” Clarke explained. “Which is why the scenes, when I got to do them with Jason, were wonderful, because he was like, ‘No, sweetie, this isn’t okay.’”

First of all, thank you, Jason Momoa, for protecting your female co-stars. This is a reminder of how important it is to be an ally, and to have allies. But secondly, how sad must it have been to be one of the stars of a massive series and still feel like you have no power? That’s the most Dany thing ever. Thankfully, Clarke has come into her own, and I’m looking forward to seeing what is next.