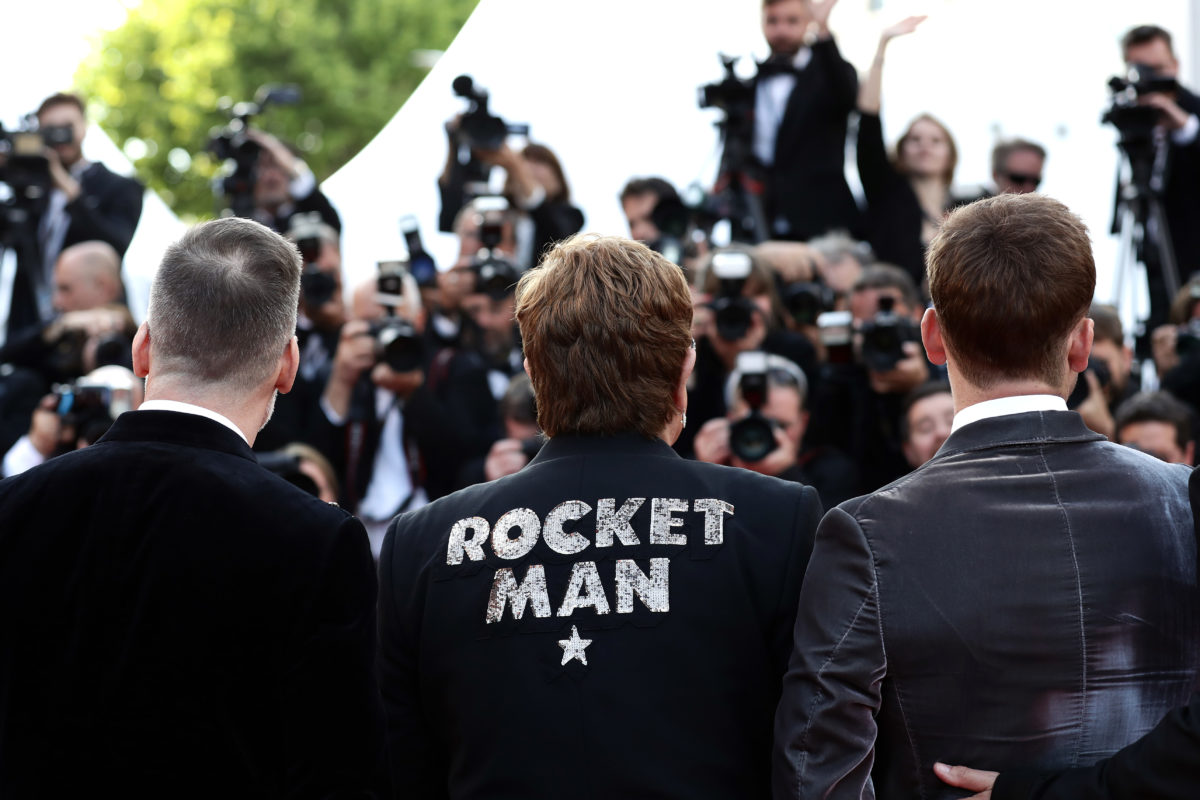 Listen, I also would wear blazers with different references to the song “Rocket Man” all over them, and I didn’t even write the song. At the premiere for Rocketman at Cannes, Elton John pulled out all the stops, meaning that he wore multiple blazers with various symbols and variations of “Rocket Man” on them, and I maybe want them all?

From a powder-blue suit to his two different rocket-themed jackets, Elton John was there and ready to support the movie-musical telling of his life story.

I, like Elton John, also want multiple blazers with Rocketman references on them. pic.twitter.com/xm9SGXKWvb

Elton John matching his sunglasses to his suit is VERY me. pic.twitter.com/s1BRq7UuKF

Rocketman, which is a truly beautiful picture of Elton John’s life, is also the first major studio film to have a sex scene between two men in it, a fact that Taron Egerton wants everyone to talk about.

As Egerton points out, we wouldn’t be having this conversation if it were a heterosexual love scene, but because it’s two men, there seems to be some sort of controversy surrounding its inclusion in the movie, which is hilarious if you know anything about Elton John.

According to Digital Spy, Egerton was adamant that the public (a) should know that the sex scene between Reid and John was not cut from the movie, and that (b) he wants audiences and people to talk about the scene because it’s important to who Elton John is. Talking with Attitude, Egerton also expressed how the sex scene between John Reid and Elton John was addressed.

“This is the scene of Elton losing his virginity and we wanted to try to do that justice. I treat it with the same love, care and affection I would as if it was my first experience of falling for somebody.”

Elton John is forever an interesting figure in our pop cultural zeitgeist, and Rocketman honors him in a very beautiful way.

But also, can Gucci make me some of those blazers?