DeGeneres Speaks to 'Today' About Backlash 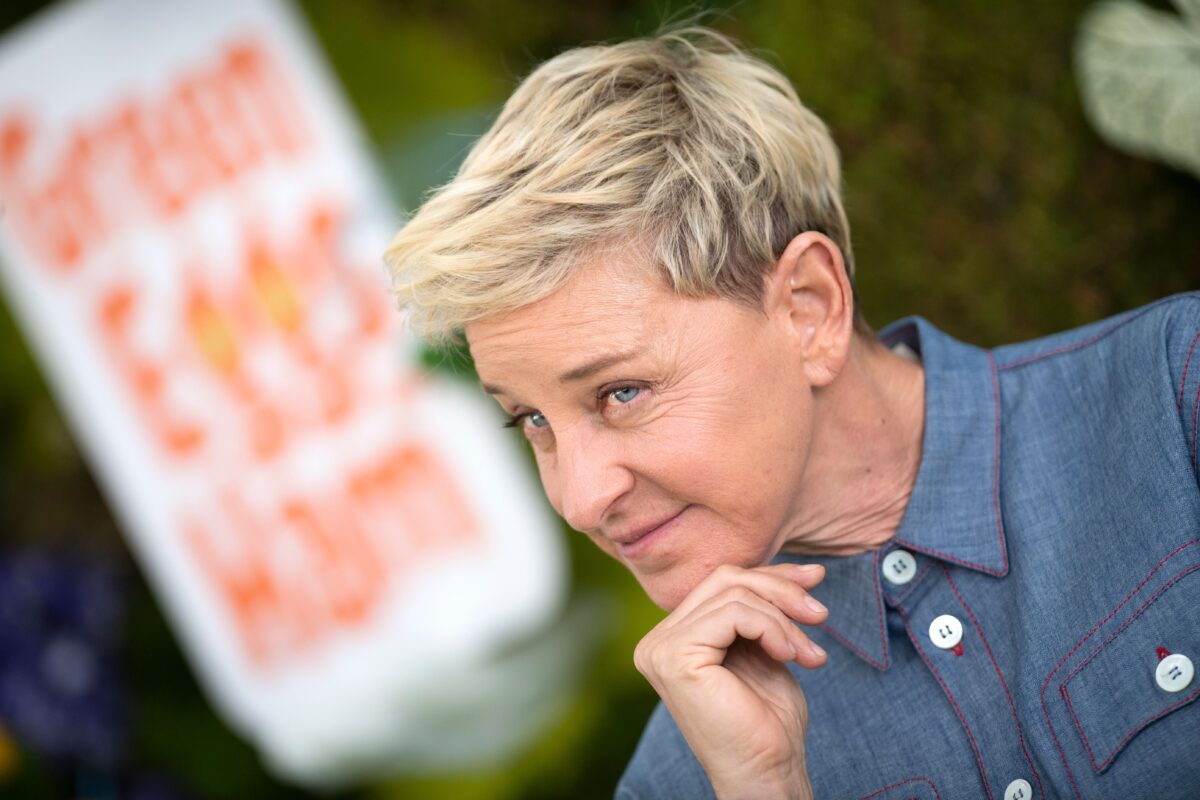 Ellen DeGeneres talked with The Today Show‘s Savannah Guthrie about ending her show, the allegations made against her “toxic workplace” last summer, and more. The problem? It was just a lot of me me me and not a lot of understanding where a lot of the criticism towards DeGeneres was coming from.

“I really didn’t understand it. I still don’t understand it. It was too orchestrated. It was too coordinated,” she said, and … it wasn’t coordinated. It was built up from years of mumbles about working for Ellen DeGeneres and her show and just all erupted at the same time. But it’s okay, DeGeneres apparently had no idea people were upset because the celebrities who were on her show were happy …

“People get picked on, but for four months straight for me, and for me to read in the press about a toxic work environment when all I’ve ever heard from every guest that comes on the show is what a happy atmosphere this is, and how — what a happy place it is.”

This goes back to everything that was happening when the accusations towards DeGeneres first came out. Celebrities flocked to the internet to say that they loved being on The Ellen DeGeneres Show, and yes, if I were a celebrity, I’d also probably love going to a show where I was the most important person that day and got free things. DeGeneres basing her idea of the happiness of her staff on the celebrity guests she has is … telling.

Back when the allegations were coming out, former employees stated that DeGeneres herself probably didn’t know about what was going on behind the scenes, something that she brings up to Guthrie: “I don’t know how I could have known when there’s 255 employees here and there are a lot of different buildings. Unless I literally stayed here until the last person goes home at night,” she said. “I do wish somebody would have come to me and said, ‘Hey, something’s going on that you should know about.'”

That part of this story, I get. I understand that DeGeneres did not know absolutely everything that was going on, but thinking that the happiness of your celebrity guests equates to how your staff feels is also very much not the way to go about your business. On top of that, the entire story from yesterday and into this interview with Guthrie is about how she feels about the situation—not her employees, not those who are actually hurt by what happened. Ellen DeGeneres shared how it hit her, while she sat in her mansion and still had a job.

Even if it were the case that she was just oblivious to what was going on, if you’re the one who has their name on everything, maybe make a bit more of an effort to know what’s going on behind the scenes.

What really gets me is that DeGeneres said that the social media backlash felt “very misogynistic” because she is a woman. Um … no. You are someone who was being held responsible, and you just happen to be a woman. Sure, there are plenty of talk show hosts who probably also have things we should be calling out. And we have. We’ve all yelled about Jimmy Fallon and his play into the 2016 election or criticized James Corden for roles he chooses to play. But getting criticized for a hostile work environment is not directly tied to misogyny.

The entire situation is a lot, and rather than try to stick it out and fix the legacy of her show, DeGeneres is leaving because she doesn’t feel “challenged” by it any longer—which is well within her right, but also a hilarious move. I stand by the idea that if I hear enough rumors that you’re terrible to work for, then you probably aren’t great to work for. And I’d heard plenty about Ellen DeGeneres prior to all of this coming to light last summer.

So, thank you, Dakota Johnson. Who would have known what you started.