The Case of Elizabeth Key Grinstead | The Mary Sue

The Case of Elizabeth Key Grinstead, the First Freed Black Woman, Shows the Origin of Racism in the U.S. 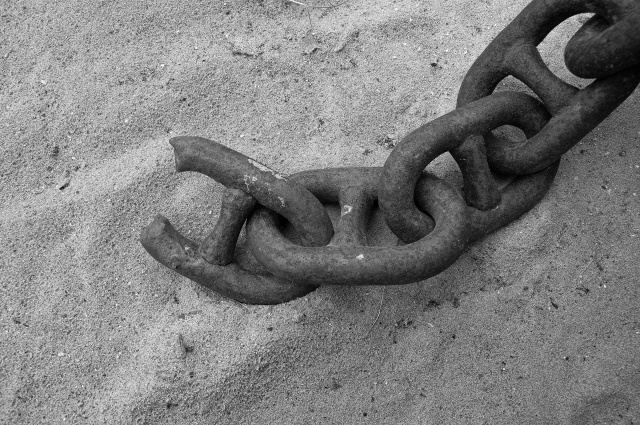 One thing about the history of slavery in this country and in the Americas is always the conversation of not only what started it, but what sustained it. Slavery existed long before the transatlantic slave trade and still exists many forms today, but the specific way of how slavery was allowed to perpetuate in this country the way it did was tied to racism. But where did that racism come from?

In the podcast series “Seeing White” which deals with the construction of “whiteness” and the legal ways white people have benefited from their whiteness, they tackle this question.

In the third episode “Made in America (Seeing White, Part 3)” the host John Biewen speaks with Ibram Kendi author of Stamped from the Beginning and Nell Irvin Painter author of  The History of White People. They come to the conclusion that it was the legal system that created racism because the role of that black people were meant to serve in the Americas (free labor) could only sustain itself if they could prevent enslaved blacks from forming a union with indentured whites. Hence, slowly over time, the laws passed stripped blacks of their rights by using their race as a factor in the decisions. This is can be seen clearly in the case of Elizabeth Key Grinstead.

Born Elizabeth Key, she was the daughter of a white English man and a black slave mother. Her father was not only white, and therefore free, but he was a member of the Virginia legislative assembly, the House of Burgesses.

Elizabeth’s father, Thomas Key, was charged with fathering Elizabeth, which he at first denied, and as result he was brought to court to be forced to support her and arrange for apprenticeships so that she could learn skills. That was the protocol at the time for anyone seeing to get a “bastard” acknowledged. Thomas was forced to acknowledge Elizabeth as his natural daughter because there “were witnesses who testified to his paternity,” whatever that means, and she was baptized.

Before his death in 1636, Key put six-year-old Elizabeth in the custody of Humphrey Higginson by a nine-year indenture period, until she reached 15 and then would become free. However, Higginson took back his word and when he left to return to England, sold Elizabeth to John Mottram when she was ten years old.

Eventually, Elizabeth met and common law married another indentured servant named William Grinstead (you could not get legally married when you were indentured). Grinstead was knowledgeable in the law and was used by his owner, also Mottram, as his legal representative.

After Mottram died, Elizabeth and her son with William, John, were listed as Negroes by Mottram’s widow, making them part of the estate. Grinstead decided to sue the estate claiming Elizabeth was a free woman, who had served over 10 years past her indentured term and her son was also freeborn.

“They sued for her freedom on the basis that her father was free and also because by then, in the mid-1600s, she had become Christian. And in English common law, you cannot, the paternity or the status of a child derives from the father. And it was also against English common law to enslave a Christian.” (via Seeing White Episode 3)

Due to this, the colonial court ruled in her favor in 1655 and she was freed. Not only that but the Mottram estate had to pay Elizabeth in corn and clothes for the years lost. She and Grinstead married when his indenture ended 1656.

As a result of this, the in December 1662 the Virginia House of Burgesses passed a colonial law that introduced the principle of partus sequitur ventrum. It required that black women’s children’s freedom was decided by them, not by their father, which was a departure from the social status of a child being defined by the father. This freed white fathers from having to acknowledge or support their mixed-race children or freeing them.

The case of Elizabeth Key is important because it shows how American society changed its laws in order to facilitate slavery in this country. Changing the laws to change the way social status was determined was only done to ensure that white men were able to rape slave women without having to take any kind of responsibility, and it ensured that the cattle element of American slavery would be able to sustain itself after the slave trade itself ended. All of the responsibilities men as fathers were supposed to provide under English common law were denied to their mixed-race black children because it was disruptive to the system they were creating.

Elizabeth Key was the first black woman to bring a freedom suit and win. While the repercussions of her victory were tragic, it serves a reminder to me, that for black Americans, we have never been lesser. The enslavement was never about black people being “inferior” it was about capitalistic forces attempting to ensure their preservation in a population where whites did not have a simple majority. The racism that followed, the stereotypes about black people that persist to this day were invented for white people to convince themselves they were doing nothing wrong.

Not because it was true.

The History of White People by  Nell Irvin Painter

Stamped from the Beginning  by Ibram Kendi