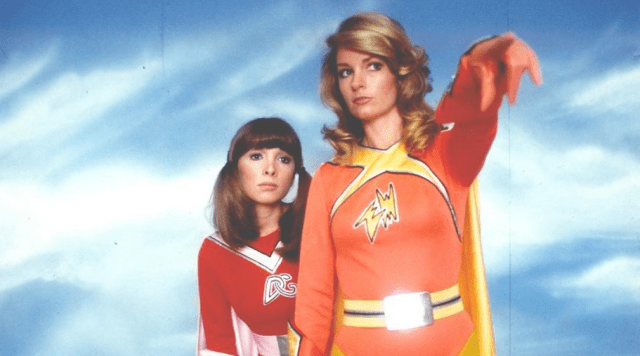 Yes, the world has been under siege by unnecessary reboots for a while now. But this most recent reboot news? That awesome Youtubers Grace Helbig and Hannah Hart are starring in the return of Electra Woman and Dyna Girl? I just do not have it in me to be cynical about this one. I am so ready.

This reboot will be brought forth unto the world by Legendary Digital Media and Fullscreen. The original sci-fi kids show aired on ABC from 1976 to 1977 and followed the two title superhero characters who, as The Hollywood Reporter put it, “move from Akron, Ohio, to Los Angeles in the hopes of making it big in the crime-fighting world.”

The reboot will star Helbig as Electra Woman and Hart as Dyna Girl. Look at that image from the original up there and tell me that’s not perfect. This thing will also be executive produced by Sid and Marty Krofft, the pair behind the original series.

Other amazing things that have happened in the professional lives of Helbig and Hart in the relatively recent past: Helbig’s deal for a talk show on E!; Hart’s book My Drunk Kitchen; the movie the pair made alongside Mamrie Hart, Camp Takota, which you can watch on Netflix.

Basically: These women are kicking ass, so why not do it as superheroes?