You Are Hillary Goddamn Clinton: Can You Make it Through The Debates Without Punching Donald Trump In The Throat: Episode O: The Dawn of Drumpf. 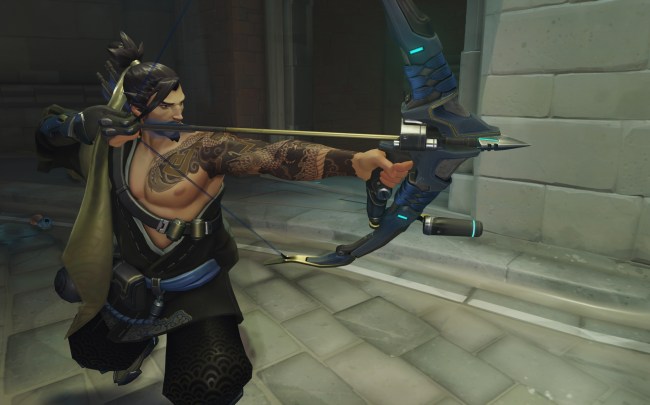 Listen, if there’s one thing that can be said about this entire election, it’s that it’s depressing as hell. The internet often copes in the strangest ways, and dank memes are one of them. Enter this amazingly poignant billboard from The Nuisance Committee, a Super-PAC founded by Max Temkin of Cards Against Humanity fame, funded by proceeds from CAH card packs. It makes some particularly pointed references to some fairly common Overwatch annoyances, including team composition and balance.

Everybody who’s played Overwatch knows just how frustrating it can be when you’re on a team with a person who just absolutely refuses to play anybody but Hanzo. It doesn’t even matter if they’re doing poorly and should switch out for the good of the team; they are ride or die for Hanzo, except in their case, it’s mostly die, over and over and over again.

That’s what’s so poignant about the comparison, and the additional comparisons and arguments made on trumpisnotateamplayer.com, the website listed on the billboard. While many of the election’s most depressing news items and incredible snafus have happened as a direct result of Trump’s action, he’s often resorted to blaming other people and other things on why he’s doing so poorly. Rather than take a moment for some, you know, self-awareness, he’ll just yell at everyone else for a while, kind of like that one person on voice chat berating you even though you’re carrying the team.

If you found out that jerk on the mic was running for President, would you vote for him? Probably not, I’d wager.

Trump’s often the focus of some of the funnier memes and internet parodies, so what about Hillary Clinton? Well, thanks to the intrepid minds at Untweakable Productions, we have a text-based adventure wherein you play as Hillary Clinton preparing for a presidential debate against Donald Trump. Titled You Are Hillary Goddamn Clinton: Can You Make it Through The Debates Without Punching Donald Trump In The Throat: Episode O: The Dawn of Drumpf, it’s as hyperbolic and wonderful as you might imagine, with such delicious phrases as:

We found Tuber Scum Dumpf, First Name Tronuld, growing in a dumpster in Queens. In the bottom of a dumpster. This is the one who you must debate.

You stand on stage like a normal person and flex your guns. “Take a ticket to the gun show—an activity whose loophole I will close as President. I, President-Option Hillary Rodham Clinton,” you bellow, not saying your bad dirty secret middle name even a little. “I am thinking only of normal stage-standing things, and I am not a potato!” The crowd roars, insatiable for a leader who can stand normally and is not a root vegetable.

The entire game is well worth clicking through, and shouldn’t take up too much of your time (if that’s something you’re worried about). It’s hilarious, and properly irreverent in all the best ways. Good luck trying to make it through the debate.

All in all, this entire election cycle has been something of a hot mess. From bringing to light some of the most horrific actions committed by Bag of Stale Cheetos Left Out Overnight Donald Trump to doxxing a guy who earned the internet’s adoration for asking a question during the last debate, there hasn’t been what feels like even one moment of sanity.

I guess you have to take your humor and fun where you can get it these days.