No, We Don't Need a White Man to Defeat Donald Trump | The Mary Sue

No, We Don’t Need a White Man to Defeat Donald Trump 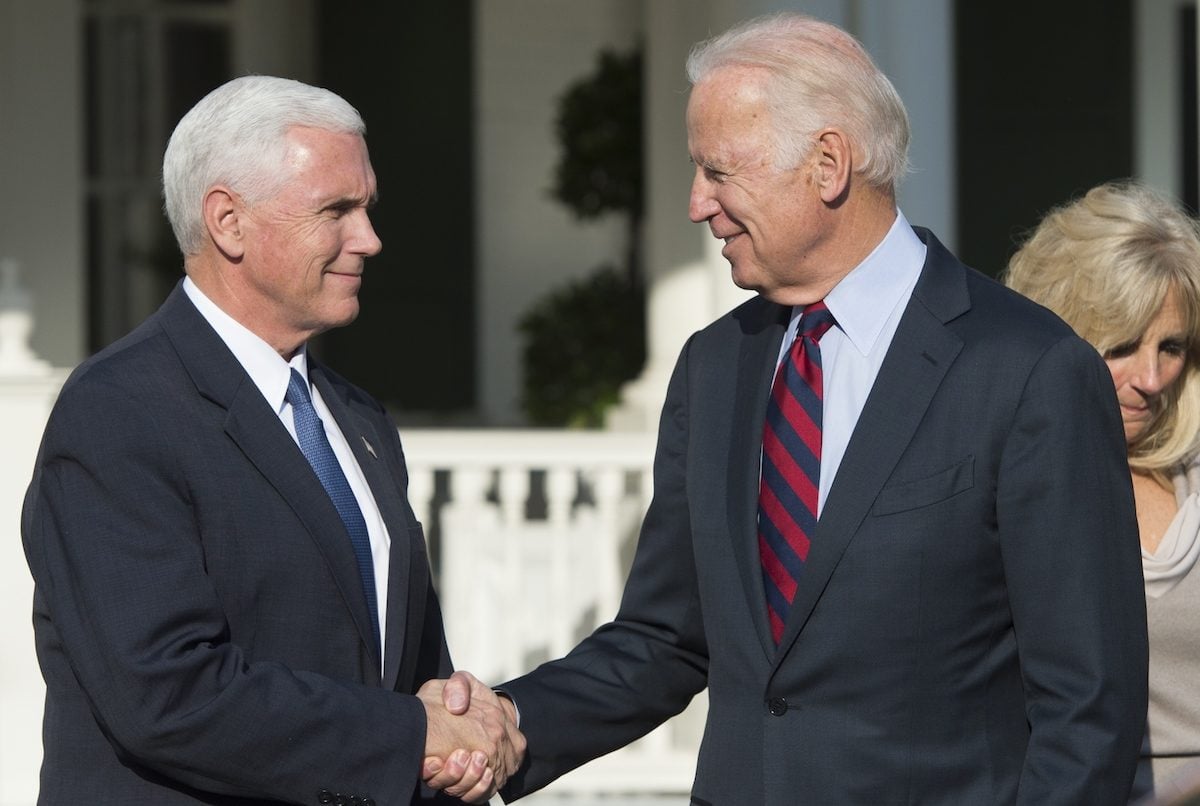 By now, surely you’ve seen the headlines: “Joe Biden is the best candidate to defeat Trump,” “Biden has the best shot at beating Trump,” and so on and so forth. Within moments of former Vice President Joe Biden’s formal announcement of his presidential bid, he received a surge of excited media coverage that we’ve yet to see for any of the historic, highly qualified female Democratic presidential candidates, and nearly all of this coverage, whether in the form of op-eds, talk show segments, or news reports, has centered around the concept of “electability.”

With human lives, human rights, and arguably the future of the planet at stake should Donald Trump win a second term, it’s perfectly reasonable to want a Democratic candidate who can defeat him, but the problem lies in our constrained, frankly sexist and racist understandings of who qualifies as “electable.”

Ever since the first female presidential nominee of a major political party lost to the least qualified presidential candidate in history, we watched as the blame for rampant sexism, racism, and apathy was placed exclusively on Hillary Clinton’s female identity—as if she shouldn’t have dared to run, let alone exist in politics, just because her presence was upsetting to backwards people. In either case, this blame is already preemptively being placed on the female presidential candidates who have succeeded her in running. Following this frustratingly prevalent line of thinking, Democratic voters should allow the same sexism and racism they are trying to unseat, in defeating Trump, to shape who they choose as the Democratic nominee.

Well before the 2016 election, but it seems especially afterward, “electable” has always been political code word for “white and male”—as if Trump didn’t defeat some 16 white men to become the Republican nominee last time around. We’ve all heard our self-identified, “not racist, not sexist,” liberal peers and coworkers say something to the effect of, “Well, (name of female or minority presidential candidate) seems great, and I would definitely support them, but I don’t know if voters are ready for them just yet.”

In other words, “I don’t know if they’re electable,” and in other other words, “I’m only going to vote for a white man.” But more often than not, the same sexism and racism some liberal-leaning folks tend to project onto Midwestern, Trumpland voters is just that: projection.

Aside from being utterly baseless, since women win at virtually equal rates as men once they successfully get on the ballot, racist, sexist constructions of “electability” also comprise a self-fulfilling prophecy. When voters who are worried about Trump being reelected (and rightfully so) are repeatedly told that only white men can defeat Trump, of course they’ll be more likely to support white men, like Biden. As a result, we may never know how far female candidates could go if voters were actually encouraged to put their full support behind them.

Of course, female and minority candidates still face challenges that white male candidates simply don’t. Whether it’s hyper-scrutiny of their records and imperfections that isn’t equally applied to male candidates, or the subliminal media biases that have all but erased female candidates compared to robust, favorable coverage of their male counterparts, or blatant sexist attacks, it’s not easy to be a female or minority politician. It never has been, and it may never be, but why should we punish women and people of color for the bigotry of others? Why should we give bigots, racists, and misogynists that much power over our politics?

And, of course, as central as bigotry was to Trump’s victory, we can’t ignore that apathy played a decisive role, too. Many voters who saw Clinton as inevitable, or have rightfully been taught to distrust the American political processes, or opted not to vote for any other reason, could have changed the outcome of the 2016 election had they voted. And certainly, they could impact this next one, if they feel energized and represented enough by the Democratic nominee to actually show up.

For women and especially women of color voters, opportunities to support and see ourselves represented by candidates who look like us and share our experiences are exceptionally rare. Ballots with the name of a single woman, let alone a woman of color, remain far too few. Yet, despite how rare electoral representation of women of color remains, women of color have increasingly become a staple of the Democratic Party, being the most likely to vote Democrat, and often playing decisive roles in Democratic victories. White men are less likely than any other group in the country to vote for Democrats, but they remain disparately represented by the party on every level of government.

Many women and minority voters, who are key to all elections and will almost certainly be key to the 2020 presidential election, are excited by candidates who share our experiences, and will therefore fight that much harder for us. Increasingly diverse, Democratic-leaning voters are hungry for candidates who know our oppression—whether it’s the racist criminal justice system and mass incarceration, or steadily shuttering access to the reproductive health care we need—is more than “identity politics.” Many of us want candidates who know from their own experiences that the working class isn’t just white and male, and don’t speak about it like it is.

Across the country, we are the voters who may ultimately decide the 2020 election, and suffice to say, white male candidates may not be especially exciting to us.

At the end of the day, the allure of Joe Biden is understandable. In the same way Trump appeals to the nostalgia of white racists, Biden’s campaign naturally appeals to the nostalgia of many white liberals, such that they’re able to overlook his embattled record of supporting school segregation efforts, leading War on Drugs legislation, exposing Anita Hill to senators’ harassment, voting for abortion bans, and violating the space and comfort of numerous women. His time in the Obama administration and the steady, relative feelings of calm the administration brought many white liberal voters for almost 10 years is a strong sell.

But in the Democratic primary, perhaps we have better—and certainly more diverse—options than regression back to white liberal fantasies of the “good old days.” The solution to Trumpsim can’t be moving backward, but moving forward, and achieving the most progressive and inclusive future we can, if only we choose the right candidate. Contrary to racist, sexist constraints dictating who qualifies as “electable,” that candidate doesn’t have to be white and male.