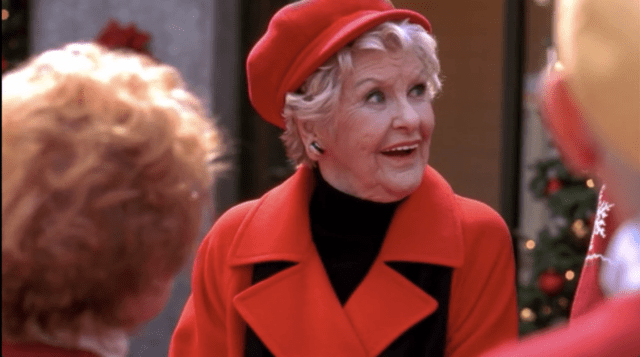 If you haven’t heard already, we hate to be the ones to break the news to you: Tony and Emmy-winning actor Elaine Stritch died on Thursday in her home in Birmingham, Michigan.

While she was recently well known for her recurring role as Jack Donaghey’s ill-tempered mother on the NBC comedy 30 Rock, she had a long career, in film, television, and Broadway. Most notably she originated the role of Joanne in Stephen Sondheim’s Company in 1970, and turned in an iconic performance of the now classic song “Ladies Who Lunch.”

Stritch was also well known for her “brassy” and dry-witted personality both on and off stage (The Time’s Brooks Atkinson once said of her dialogue delivery, “She takes a wicked stance, purses her mouth thoughtfully and waits long enough to devastate the landscape”), and of her penchant for alcohol and wearing tights as pants. Recently she also used the f-word on live television, and it was glorious. She will certainly be missed.