He also took several thousand dollars from immigrants seeking green cards, but that doesn't make the headline when one of the bribes involved 200 egg rolls. 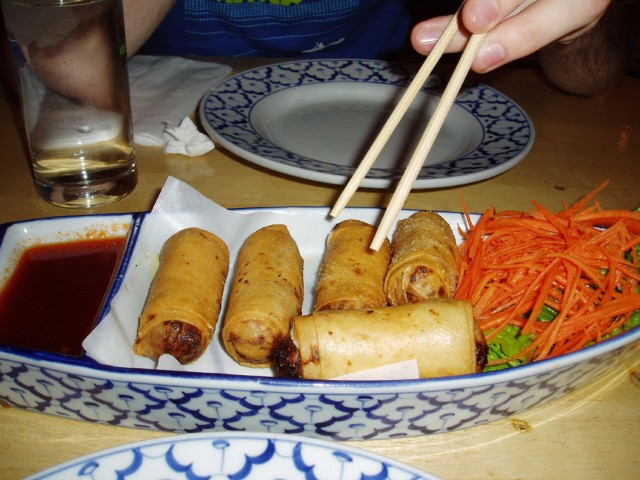 A California-based immigration official is in hot water and facing federal corruption charges over accepting thousands of dollars in bribes from immigrants looking to get green cards or citizenship. Cash wasn’t the only thing that greased Mai Nhu Nguyen’s palms, though — prosecutors say that at one point, Nguyen accepted 200 egg rolls as a bribe from an immigrant looking to get their citizenship.

NBC Los Angeles reports that Nguyen was arrested earlier this month after allegedly taking $2,000 from an immigrant seeking citizenship, according to the U.S. Attorney’s office. The other allegations reportedly date back to 2011, when Nguyen began using his position — in which he could approve or deny immigration benefits — to extract bribes from immigrants seeking citizenship or green cards. Depressingly, that timeline means there are almost certainly no more egg rolls left for the rest of us. Maybe he froze some, though? Someone get the FBI to this guy’s fridge, stat!

Nguyen is currently free on $20,000 bail and is scheduled to be arraigned on July 1st. While his actions are clearly indefensible, here’s the real crux of the matter as I see it: if these egg rolls are good enough to make a civil servant put his entire career — indeed, his very freedom itself — on the line, I want the person who makes them to be in this country. No test, no waiting period — just come in and make those egg rolls. I think that’s common sense immigration policy we can all agree on, and yes, Congress, I am available for consultations on the matter.