Producer Effie Brown Talks About the Difference Between “Diversity” and “Inclusiveness” 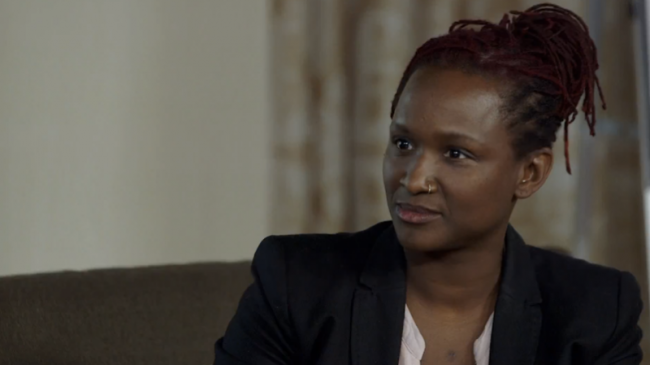 Effie Brown has been in the film industry for over twenty years and has 53 films under her belt in some capacity, including Real Women Have Curves, But I’m a Cheerleader, and Dear White People. But it wasn’t until a spectacularly cringe-worthy moment on the recent season of HBO’s Project Greenlight that Brown rose to prominence in the mainstream and became something of a spokesperson for diversity in film.

In a recent interview with Women in Hollywood, Brown once again talked about diversity, but she brought up some really interesting points that don’t get nearly enough attention. Like, for example, the difference between diversity and inclusiveness. The interviewer brought up the notion that “diversity is only numbers, like programming a film festival with 50% women and 50% men directors, but inclusiveness, which would be more like wanting to hear stories from other voices and placing value on them is what is eluding us,” then asked if Brown wanted to speak to striving for both of those things. Brown responded:

I am all for inclusiveness. There’s been a lot of talk about this and Ava [DuVernay] is so eloquent speaking on it. I feel that when it’s diversity, diversity, diversity, it starts to feel exclusive to some people. Where including someone, well, everybody wants to be included. That’s the stuff that we learn in Kindergarten. “You gotta share.” I feel that the word “inclusive” brings about a bit more openness for people who would otherwise feel that we are taking something from them.

I’ve had conversations with people who go, “I am white, I am straight, I am a man, and I am out here struggling as much as anyone else and now people are looking at me all side-eye because I am white, straight, and male, like I should have some sort of in and I don’t.” And they tell me to my face! And also that I am getting a leg up because it’s cool to be a woman and I’m black.

What’s so interesting is that I can actually see their point. I don’t agree with it, but I can see it. And this is where “diversity” feels like “I’m taking something from you” and “inclusive” is more like, “Hey, I’m coming in too, I’m not taking anything away from you, I’m just coming to get mine.” At the end of the day everybody has something.That’s what inclusiveness means to me.

So, diversity is about numbers. That’s the easy part. Inclusiveness is about an ethos, and that’s harder to create and/or change. Still, clarifying the difference between the two is extremely helpful in determining what can be done, and how. When you break the issue down like that, ie: it’s easy to create diversity in projects by solely going by the numbers, while inclusiveness must be tackled by getting people to be honest about how important that kind of inclusion is to them, it’s easier to see where the real problems are.  In clarifying that the issue of inclusiveness isn’t about subtraction, but addition (no one is taking away “your jobs,” they just want their own), we can then have honest conversations about whether or not that kind of addition matters to someone and why (or why not).

You should definitely give the rest of the interview a read, as it is super-insightful, and you can also read about how much Effie Brown genuinely loves genre films and will see superhero tentpole movies with absolutely zero indie filmmaker shame, because she is one of us.