Edo Period Wonder Woman, Superman, And Batman Are Too Busy To Fight Godzilla 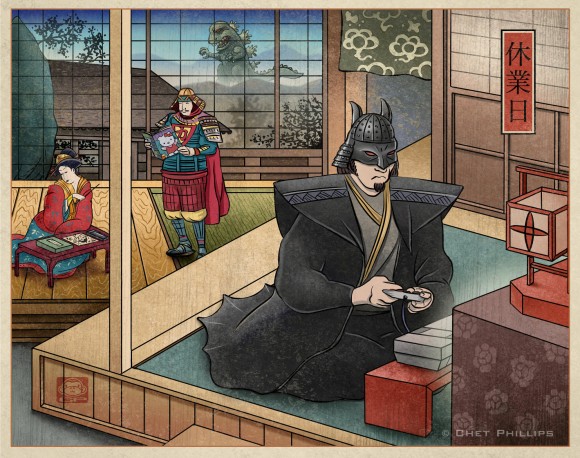 Chet Phillips decided to depict DC Comics’ Wonder Woman, Superman, and Batman as if they lived a long time ago in Japan. So why are the Trinity taking it easy when there’s obviously a monster to fight? The banner in the right corner reads: “Vacation Day.” You can purchase the print in his Etsy shop.