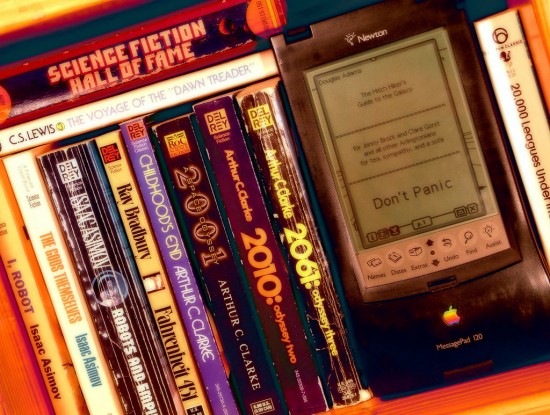 The ability to loan eBooks is something that most people either don’t fully understand or know about at all. It’s a vaguely murky area that can quickly be confused for illegal activity. That’s essentially what has happened to Dale Porter‘s eBook lending website, LendInk, after a bunch of authors thought he was doing something shady. By sending a series of cease and desist letters to Porter’s host, they managed to get the site suspended even though he hadn’t actually been involved in piracy.

The law regarding the sharing of eBooks is murky because, for example, not all Kindle books are eligible for the service. Even if they are, they can only be loaned for a period of 14 days. During this period, the owner of the eBook that initiated the loan can’t read it — just like if they had loaned an actual book to someone. It’s the publishers and rights holders that determine whether books are available for the service, so sometimes it might completely escape the author that this is a thing that people can do.

Such is the case with LendInk. The site had previously matched those looking to loan books with those looking to borrow them. That’s the extent of its services. When a match was found, they were directed to the company’s website, like Amazon for Kindle eBooks, in order to complete the transfer. There were no eBooks being hosted by LendInk; they were simply the facilitator of a legal activity.

Porter’s full response can be read over at The Digital Media Machine but the nut of it is reproduced below:

There is a lot of misinformation on the internet claiming that we hosted ebooks illegally, that Amazon did not allow us to lend ebooks, etc. Let me try to address some of those here.

Amazon did not allow us to lend ebooks. This is a 100% true statement and the fact of the matter is, Lendink did not nor did it ever attempt to lend ebooks. All we did was put person A in touch with person B and redirected A and B back to Amazon or Barnes and Nobles where the actual lending took place.

Lendink was hosting ebooks illegally. This statement is 100% false. We never hosted any ebooks on our servers. We attempted to dispell this rumor on our FAQ page and for those that actually read the page, it usually cleared up the misunderstanding. For those that did not read the page, all I can assume is that is simply doesn’t matter at this point. No amount of explaination would have satisfied the vultures looming over head.

As entertainment mediums continue to enter the digital age, more of this kind of uninformed reaction is going to happen. That goes double for any medium that requires a publisher or includes someone other than the creator holding the rights to the product. It’s going to get a lot worse before it gets better, unfortunately.

(The Digital Media Machine via Hacker News, image credit via Ron A. Parker)