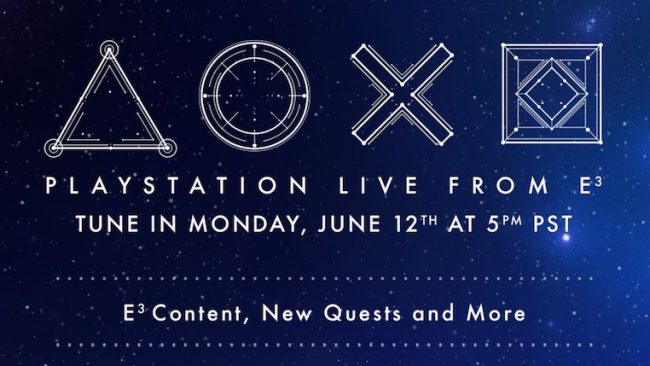 Sony’s E3 conference is scheduled for tonight, and there are some big surprises expected for the video game giant. As we mentioned in our preview post, Sony’s expected to unveil some new titles that will support their brand new PlayStation VR hardware. That, and some pretty eye candy to help push early PS4 adopters into upgrading to a PS Pro.

Enough speculation, though. You can watch Sony’s E3 conference right here! We’ve got the embed of the Twitch stream below. If that’s not your jam, you can find it on Sony PlayStation’s website (where they’ll be doing “quests” for prizes and stuff), YouTube, or even Facebook.

Don’t forget to hop into the comments below and express your joy (or complete and utter disappointment).