As a Sagittarius, I don't know how to feel about Project Scorpio. 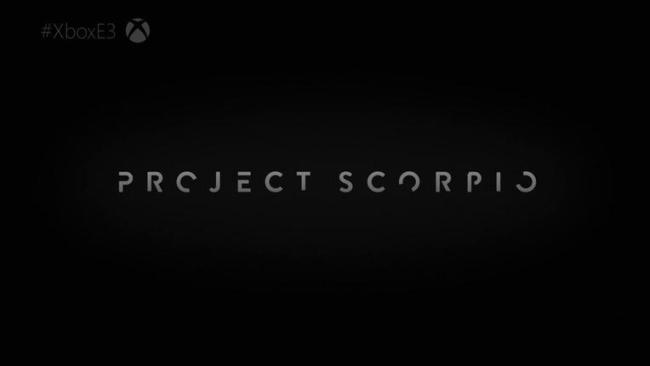 Okay. Now that we’ve recovered from that bout of contagious slow motion walking, we’re here to share our thoughts on Microsoft’s Xbox conference.

For starters: I’m pretty stoked about how many women were on stage giving presentations. There weren’t nearly as many as I would’ve preferred, but I dig that it’s slowly getting better. As well, it would’ve been really great to see more people of color on stage. Considering the fact that these presentations are given by people who are supposed to represent their companies, it’s disheartening to think that they don’t bring on more people of color.

Similar criticisms abound for the games themselves as well. The conference started pretty strong with a Gears of War 4 gameplay video (introduced by Laura Bailey, rad) featuring Kait Diaz, a woman of color protagonist who so happens to also be voiced by Bailey. ReCode looked great, too, taking a look at Joule, the protagonist, who fights alongside her sweet robot companion, Mack. There’s a grip of other robots who fight by her side, all of whom are adorable (and lethal) as all get out.

One particularly striking preview was for Inside, from the developers of Limbo. It carries with it the same somber aesthetic that made Limbo so iconic, but it brings in a strange, Kentucky Route Zero kind of vibe as well. There wasn’t any major action or anything, just a great look at the game’s setting and tone. The peek was intriguing enough, which I guess means the trailer did exactly what a trailer’s supposed to do.

Following that was probably one of the biggest moments of the Xbox conference for me: a preview of We Happy Few. It carries a strong BioShock vibe to it, with a trippy, scary look at an alternate 1960s British universe. There’s pill-popping everywhere and a really grisly scene with a piñata. This one’s a game you don’t want to miss, I don’t think.

There were plenty more games with short updates, including Minecraft, Killer Instinct, Tekken 7, Forza Horizon 3, Scalebound (think giant monster combat with… headphones), Halo Wars 2, State of Decay 2, and a particularly fun preview of a pirate co-op game, Sea of Thieves. Features-wise, there are improvements coming to Xbox Live, including Clubs, Arenas, and Looking for Group, all of which are set to enhance the online experience for Xbox Live players.

As well, there was heavy emphasis on the cross-buy and cross-play features in all of these upcoming Xbox One games; buy it digitally, own it on both Xbox One and Windows 10 PC. There felt like a pretty large push towards name dropping Windows 10, and after everything that’s happened around upgrade shenanigans, it seems like Microsoft is desperately trying to get folks to get on board with updating their systems.

But perhaps bigger than all of these was Microsoft’s announcement of their newer, more powerful Xbox One console, codenamed Project Scorpio. Microsoft really doubled down on it, calling it the strongest console ever. It’s not exactly a new console per se, more of an incremental update on the current generation. It’s slated for release around the 2017 holiday.

All in all, this press conference was neat though pretty par for the course for E3. Nothing too earth-shattering or game-breaking quite yet, though believe me when I say that We Happy Few might very well be worth getting hyped up about.