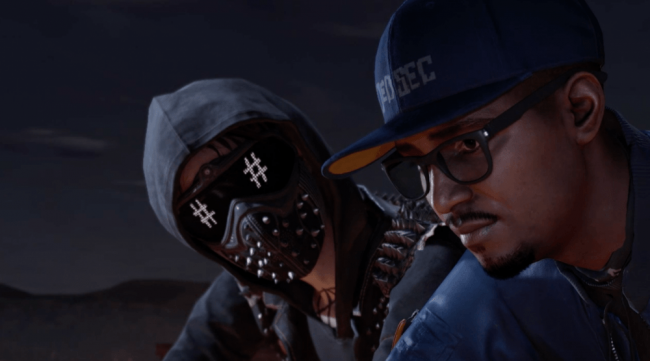 Ubisoft’s conference was really all over the place, wasn’t it? It started off pretty extra (as the youths say), with a Just Dance promo featuring giraffes, mimes, and clowns dancing to Queen’s “Don’t Stop Me Now.” Then, of course, it goes right from that bright and sunny display into the new Ghost Recon game, Ghost Recon: Wildlands. The gameplay demo featured some (possibly staged) “live chat” between players dubbed over some footage of in-game action. The game itself is about what you’d expect from a Ghost Recon game: bleeding-edge innovations in technology allow you to snap necks and shoot people in new, exciting ways.

As I tweeted during the event yesterday, I’m kind of tired of all these games that feature America hopping into other countries to “save” them from still other countries. It’s a tired trope, and it’s a little boring. Here, in Wildlands, you play a member of a special operations team sent in to Bolivia to save the inhabitants from a cartel that’s moved in to exploit Bolivia’s reputation as “the largest supplier of drugs like cocaine in the world,” according to the game.

Forgive me if I sound not-too-excited about it.

Moving forward from there, the presentation got a little more surreal. South Park: The Fractured But Whole (get it) made an appearance with a pretty solid opening trailer that made fun of the rest of the gritty, shooter-heavy offerings that often plague Ubisoft’s presentation. The game itself looks like a cross between South Park: The Stick of Truth, which was a surprise hit when it premiered in 2014, and Final Fantasy Tactics. It’s full of your standard issue South Park humor that used to be edgy.

There were some genuinely funny moments during the trailer, including some fantastic send-ups of Marvel superhero movie tropes. There’s an entire segment featuring the characters arguing over how the “franchise plan” would go, making fun of Marvel’s Phase One/Two/Three/Four movie schedule. If it can stick to send-ups like these, then I think it may be worth checking out.

The Division saw some spotlight love, with some information about its upcoming DLC coming out soon. Eagle Flight VR looked like a fun team-based competitive virtual reality game where you’re an eagle flying around cartoon-stylized locales to… capture the flag, I guess. Trials of the Blood Dragon was deliciously over-the-top with a trailer that looked like an 80s toy commercial, For Honor showed off 10 minutes of brutal, yet solid gameplay footage.

One standout favorite was Star Trek: Bridge Crew, which Teresa wrote about yesterday. The presentation, in short: LeVar Burton gets really, really excited about it and the joy is infectious. Also, Ubisoft (once again) featured two people of color excitedly discussing games on stage at E3; a rarity, unsurprisingly. Big kudos to y’all for that.

After that, Watch Dogs 2 had some time in the sun, showing off a full mission where its protagonist, Marcus, hacks and disrupts (get it) a San Francisco-based company. It went through the full mission, from setup to execution, was particularly drone-heavy, and had some very The Division-like moments. All in all, the gameplay looked pretty fun, and the music choice was particularly striking to me; Eric B. and Rakim’s “Don’t Sweat the Technique” was a solid, solid choice for the mission playthrough.

All said, Ubisoft’s presentation was pretty par for the course for what we’ve come to expect from Ubisoft at E3, I believe. It was full of swears, pushed more than a few envelopes, and was completely highlighted by host Aisha Tyler’s utterly fabulous presentation style. She remains a highlight of E3 for many people, including myself. Other companies can learn something from Ubisoft’s presentation; you need entertainers to get people excited about your game. It’s nice to show off your developers and give them their moments sharing things they’re excited about, but there’s something that tried-and-true entertainers carry that other folks don’t.

Were there any standout moments for you during Ubisoft’s presentation?