I'm not sure this is reducing bleakness ... 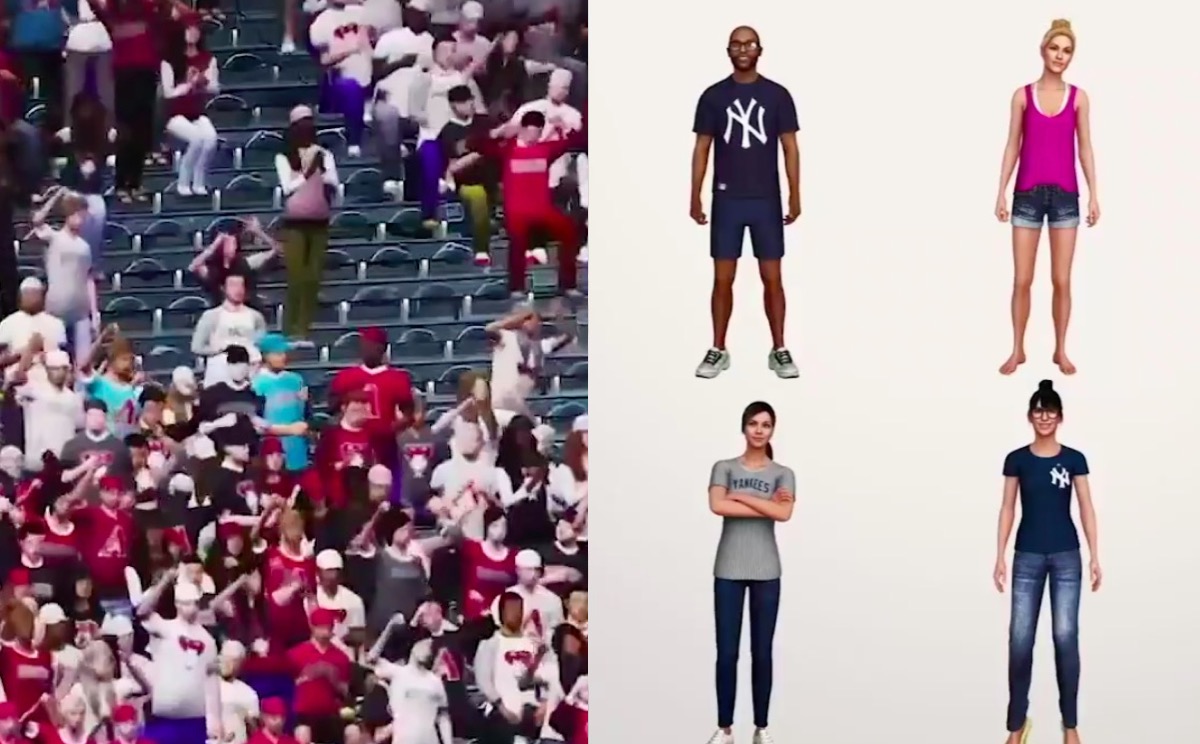 Baseball is back, and slowly but surely, sports are returning despite a nearly constant rise in COVID-19 cases in the United States—but sports really shouldn’t be coming back, and not just because it’s not safe. Sports are a gift (much like movies), and right now, we don’t deserve the joy of sports.

Despite that, not only are people not content to just let sports go for the time being, but some over-the-top effort is being put in to make the experience seem as familiar as possible: Fox Sports will add in virtual fans on TV so that it looks like the stadium is completely full, with a crowd that reacts to the action. Why? Honestly, who knows?

No fans? Not on FOX Sports.

It’s kind of sad that we’re trying to make it look as if the world isn’t collapsing around us and we’re all just sitting and watching TV as it burns—because that’s what it feels like to see a completely full stadium when we’re all being told not to be around more than ten people. So … adding in a stadium filled with people (even though they’re not really there) is sending some real mixed messages, because you just know there is going to be one person who has no idea they’re computer animated and will complain about people getting to go to a baseball game.

Twitter pointed out just how dystopian this entire situation is because … we’re just pretending like sports are back to normal by digitally adding in people instead of, you know, realizing that there aren’t fans in the stands because we couldn’t take a pandemic seriously for a few months.

I kinda think it’d be amazing if they digitally filled the stands with every character from The Simpsons but Homer definitely had to be behind home plate next to Disco Stu https://t.co/4OMf2ho2UZ

the future is so fucking weird https://t.co/rzJaCg2ki3

i love capitalism. can invent technology to put fake people in a baseball stadium. while thousands die cuz we haven’t invented adequate healthcare. if the system wasn’t so deadly it would be hilarious https://t.co/VfKj65BpqW

2020 is so fucking bleak https://t.co/ssqPAKrxIl

It’s a bit wild, right? It’s not like we watch sports for the fans in the first place. If anything, they’re usually annoying because they’re screaming or doing something in the background and distracting from the actual game. And if the players aren’t seeing the stadium filled with people, then what is the point?

Anyway, everything is a mess and what do sports mean anymore? We’re basically living out a disaster movie, and we’re just all looking at a stadium filled with fake people and wondering why baseball is important right now.