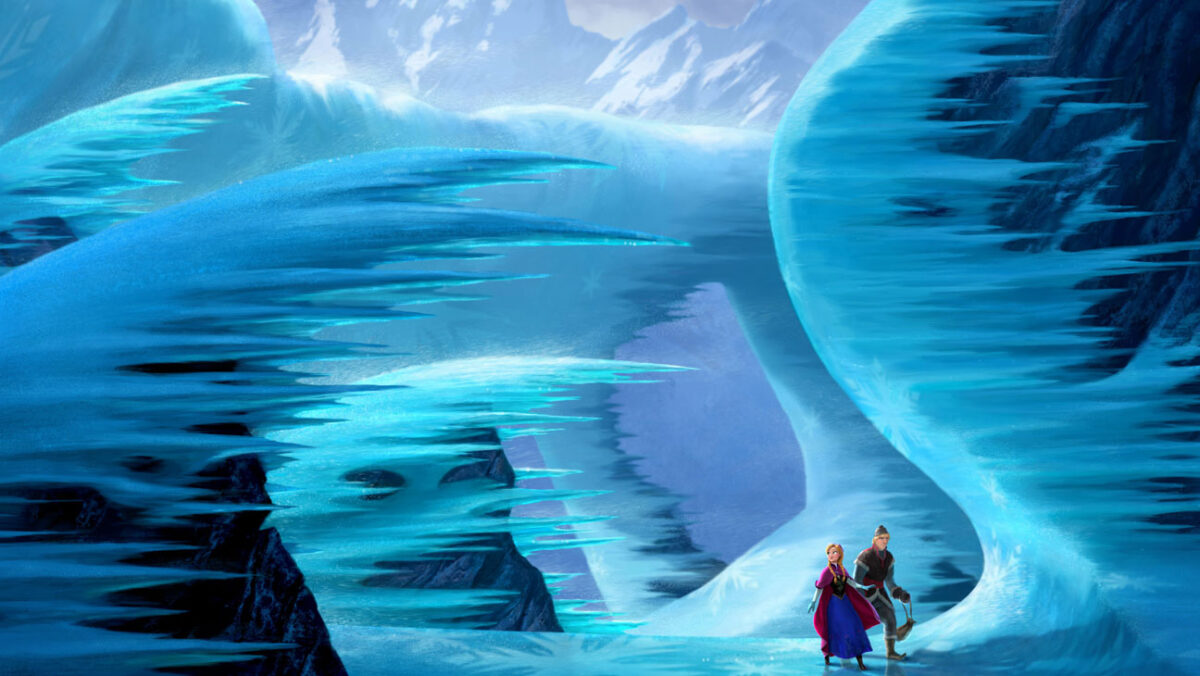 Those of us who are fascinated by unexplained phenomena and unsolved mysteries will likely have heard of the Dyatlov Pass incident. A tragic event where nine young hikers disappeared in Russia’s Ural Mountains in 1959, only to later be discovered dead—some of the bodies gruesomely disfigured and partially dressed—it has sparked endless conspiracy theories and cycles of investigation for more than half a century.

Everything from aliens to Yetis to top-secret Soviet weapons-testing to strange weather conditions have been blamed for the hikers’ demise. The mystery has fascinated many for decades, and the rise of dedicated Internet sites, podcasts, and armchair enthusiasts being able to connect with one another meant that interest in the Dyatlov Pass incident has only increased in recent years. Now a team of researchers has offered what may be the most plausible explanation yet for what happened—and they had some help from a certain Disney hit movie about princesses in an icy landscape.

When you start reading about the Dyatlov Pass, it’s hard not to spiral down a rabbit hole, because the set-up has all the hallmarks of a horror story. The college-age protagonists who set out together, eight men (one survivor would turn back because of joint pain) and two women, were all experienced hikers and skiers. They set up a camp on the slopes of Kholat Saykhl, in an area now named for the group’s leader, 23-year-old Igor Dyatlov.

Then, at some point in the night, as Wikipedia puts it, “Something caused them to cut their way out of their tent and flee the campsite while inadequately dressed for the heavy snowfall and subzero temperatures.”

Because the group had so much experience between them, the incident took on an air of even greater mystery. These weren’t folks liable to spook easily or to flee their tent half-dressed without reason. And then there was the state they were eventually discovered in:

After the group’s bodies were discovered, an investigation by Soviet authorities determined that six had died from hypothermia while the other three had been killed by physical trauma. One victim had major skull damage, two had severe chest trauma, and another had a small crack in the skull. Four of the bodies were found lying in running water in a creek, and three of these had soft tissue damage of the head and face – two of the bodies were missing their eyes, one was missing its tongue, and one was missing its eyebrows.

The investigation concluded that a “compelling natural force” had caused the deaths. Numerous theories have been put forward to account for the unexplained deaths, including animal attacks, hypothermia, avalanche, katabatic winds, infrasound-induced panic, military involvement, or some combination of these.

While scavenging animals can likely be blamed for the missing body parts, and hypothermia can account for why some of the victims appear to have actually removed more of their clothing in freezing conditions, it’s the severe traumatic injuries suffered by some of the hikers that has remained one of the biggest question marks about Dyatlov. In 2019, a Russian investigation concluded that an avalanche was the likely culprit, but there was no apparent evidence of an avalanche, so how was this possible?

After the 2019 Russian report, two researchers based in Switzerland, Alexander Puzrin, a geotechnical engineer at ETH Zurich, and Johan Gaume, head of the Snow Avalanche Simulation Laboratory at EPFL in Lausanne, teamed up to create computer simulations and models to try and explain how an avalanche could have been responsible. Based on their findings, they’ve concluded that “a bizarrely small, delayed avalanche,” called a slab avalanche, may well be the solution to what occurred at Dyatlov.

The slab avalanche’s hours-long delay would explain why it did not sweep away the hikers when they first cut into the mountain slope to pitch their tent, and its relatively small size would account for why it did not leave behind the typical hallmarks of an avalanche. But it still would have moved with propulsive momentum, slamming into the hikers’ tent with the force of a speeding SUV. This impact would explain why several of the hikers suffered severe injuries as well as why the group frantically cut their way out of the tent and fled in such an unprepared state. The fact that the group was sleeping on top of their skis would have further increased the impact by pinning them between the avalanche and the hard surface of the skis.

National Geographic has an excellent and in-depth article on the history of Dyatlov and the methods Puzrin and Gaume used to arrive at their conclusion. But one of the more out-of-left-field elements that contributed to the researchers’ models came in the form of the Disney movie Frozen and its excellent snowy animation.

To answer that question [of how a small avalanche could cause such trauma], the scientists relied on some unorthodox sources of inspiration and information. Gaume explained how, a few years back, he was struck by how well the movement of snow was depicted in the 2013 Disney movie Frozen—so impressed, in fact, that he decided to ask its animators how they pulled it off.

Following a trip to Hollywood to meet with the specialist who worked on Frozen’s snow effects, Gaume modified the film’s snow animation code for his avalanche simulation models, albeit with a decidedly less entertaining purpose: to simulate the impacts that avalanches would have on the human body.

Using Frozen’s snow code and information gathered from the automotive industry about car crashes, the team was able to design a model that showed how a small avalanche could have hit the hikers’ tent with force. What appears to have happened that evening needed an extremely precise combination of weather conditions and deceptive terrain. All of those variables coming together seemed almost implausible, which is perhaps why they had not been pinpointed until now.

“The avalanche that appears to have occurred on February 1, 1959, on Kholat Saykhl was an incredibly rare type of event,” National Geographic’s Robin George Andrews writes. “But rare events do occur, and this one could have come to pass only at that exact spot, at that exact moment, during that one very wintery night.”

Of course, it’s impossible to say with certainty that what happened in the Ural Mountains unfolded exactly as the researchers simulated. And it’s equally impossible to know for certain what happened after the hikers fled their tent. But crucially, all were found outside of the tent site, so it would appear that those who were most seriously injured by the impact were assisted by the others, even in a state of what must have been total chaos and the harshest conditions.

“This is a story of courage and friendship,” Puzrin told National Geographic. This was a way I’d never really thought about the Dyatlov Pass before, but I will going forward. While these researchers’ findings seem very plausible, some mystery will always enshroud Dyatlov Pass. “People don’t want it to be an avalanche,” Gaume said. “It’s too normal.”

After decades of the wildest sort of conspiracy theories, there will be many who will always believe in them and search for other answers here. But I find it comforting to know more about the scientific possibilities behind Dyatlov Pass, and to frame this event as one where people still tried to help each other in the most frightening and unforgiving of situations.