Either that, or somebody's got a favorite location to have loud public sex. 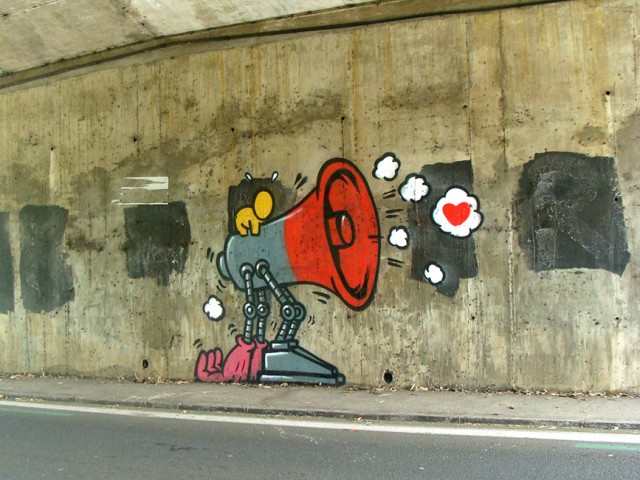 Today’s a weird day for art and explicit content, huh? Except this time it’s not intentional on the part of the artist. Apparently a public arts project in Enschede, Netherlands, been hacked so that instead of playing natural bird sounds as intended, it emits very creepy sex-moaning noises out of loudspeakers placed around a large part of town.

This video of the supposed prank surfaced on Reddit this morning. Already people are claiming the video has been faked because of course they are (NSFW unless you put in headphones, by the way).

The art installation featured in the video, however, is definitely real — called “Acoustical Journey,” it was put in place by an American artist named Bill Fontana as part of a citywide art project, Cultuurmijl, in 2009.

According to a few helpful translators on the Reddit thread, one of the guys interviewed is a member of the Enschede who suggests that they build a sound barrier around the metal cylinders because they don’t actually know how to turn them off. A couple of Redditors cite this as the reason why they think the video is fake, but I don’t know, guys. Have you ever actually talked to someone who works in local government before? This guy’s ridiculous idea doesn’t sound that far off from the sorts of stuff you usually hear out of a city council.

Enschede, by the way, is also home to one of the largest and most prominent technical universities in the Netherlands. So if the video is fake, then they definitely picked the perfect location to make the story as believable as possible. You just know at least one budding college-aged hacker has definitely considered trying to do this for real.