So that means more speedos right? 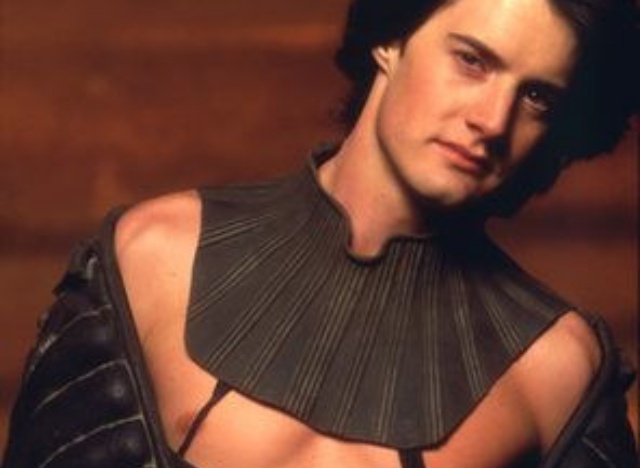 There is no denying that in the scope of science fiction, Dune, along with Mary Shelly’s Frankenstein, is one of the most important pieces in the genre. However, the complexity and intensity of the novel also lead to it being one of the hardest books to adapt to film. Yet, director Denis Villeneuve, who has taken on the giant task of maybe finally giving us the Dune movie we deserve, says it is going to be “Star Wars for adults.”

In an interview, Villeneuve said, “Most of the main ideas of Star Wars are coming from Dune, so it’s going to be a challenge to [tackle] this. The ambition is to do the Star Wars movie I never saw. In a way, it’s Star Wars for adults. We’ll see.”

Now, there is no denying that Star Wars took a lot of inspiration from Dune amongst many other things Lucas pulled from in order to create his universe. However, I push back on this idea that Dune is Star Wars for adults.

Firstly, Star Wars isn’t trying to be Dune. Yes, it took a lot of inspiration from the work, but that’s to be expected. However, beyond the concept of a “chosen one,” there is a very little similarity. Okay, yes they both have desert planets, but Tatooine is not as important to the narrative as the planet Arrakis. Tatooine is just where Luke and Anakin are from; it’s largely insignificant beyond that.

Villeneuve doesn’t mean anything negative in his comments; he himself is a big fan of Star Wars and would probably make an excellent director for the franchise alond the line—especially since they’re doing stand-alone films. However, it just reminds me of the type of comic book guy who loves Watchmen, The Dark Knight Rises and finds regular comic books too “childish” (coughZackSyndercough).

Both things can be good. Plus, we need to discuss what we mean by “adult,” because sex and violence don’t make anything “adult,” and the idea that maturity is always wrapped up in those things is frustrating.

Even just looking at the most recent Star Wars: The Last Jedi, the film talks about child slavery, military-industrial complexes, the endless fatigue of war, loss of faith, and a whole lot of murder in the name of a cause that is, at best, an abstract notion that hasn’t existed in generations. That’s not kids’ stuff. Yes, there are porgs, cute animals, and a lot of just big budget special effects and universal themes that make it applicable to children, but that doesn’t mean it isn’t good or doesn’t have an emotional maturity that resonates with adults.

Both stories can exist without one having to be more “mature” or “adult” than the other, because if you made Dune into a Star Wars movie it would be … bad, and vice versa. You need both, but they can be enjoyed equally and for different reasons.

Don’t turn this into a Harry Potter vs. Lord of the Rings vs. The Chronicles of Narnia situation, because we don’t need, nor deserve that.

Now, what Dune has always had over the earlier Star Wars films is a lot of amazing, dynamic female characters. From the Bene Gesserit, an organization of mystical women who are one of the main social and political powers in the galaxy, to Paul’s mother, Lady Jessica, an ambitious, highly powerful political figure and younger sister Alia Atreides, who becomes one of the most powerful and feared people on Arrakis.

Plus, unlike Star Wars, there are much more on-the-nose racial elements in Dune, with the Fremen and all the Islamic/Muslim influences surrounding that culture. It will be interesting how the film chooses to incorporate concepts of jihad that are very key the book’s mythology.