What Is Happening With Dumbledore’s Sexuality in The Crimes of Grindelwald?

Fans were up in arms about Albus Dumbledore’s sexuality not being an “explicit” part of Fantastic Beasts: The Crimes of Grindelwald. Now that we’ve seen the second trailer, this matter appears as murky as ever.

Much of the critical reaction to the latest trailer has rightfully focused on the revelation that the actress Claudia Kim is playing Nagini, a woman who transforms into Voldemort’s loyal snake and the Horcrux who later gets her head chopped off by Neville Longbottom. Since at this point I’m resigned to J.K. Rowling retroactively (and inelegantly) shoehorning more diverse representation into the Harry Potter universe in the hopes that we’ll forget it wasn’t there in the first place, the Nagini reveal didn’t surprise me. I’m glad that it has at least sparked excellent conversations about representation, as well as how not to world-build.

What I wondered about was that unexpected Mirror of Erised scene in the trailer and how it’s going to play out for a character who we’ve been told is not openly addressed as gay.

Back in May, I explained why so many of us were upset when Fantastic Beasts director David Yates stated that Dumbledore’s sexuality will not be directly referenced in this movie. Yates appeared to hand-wave on the subject, suggesting that audience foreknowledge of Dumbledore’s sexuality precluded the need for the production to make it textual instead of subtextual. As EW reported:

“Not explicitly,” Yates replied when asked if the film makes it clear that Dumbledore is gay. “But I think all the fans are aware of that. He had a very intense relationship with Grindelwald when they were young men. They fell in love with each other’s ideas, and ideology and each other.”

There are many problems here. While it’s true that a chunk of the viewing audience may be aware of Rowling’s retroactive queering of Dumbledore, an equal chunk will not be aware. If I took my mother to see Fantastic Beasts 2 without informing her of the fact beforehand, she’d have no idea. Younger viewers for whom this is their first entrance into the wizarding world might well have zero foreknowledge that the powerful, important wizard is a gay man, a representation that would mean a great deal, and countless queer fans of Harry Potter have also been waiting whole decades to see themselves reflected onscreen or in print and will apparently have longer to wait.

But let’s talk about reflections. In the new trailer, you hear Dumbledore saying that he can’t move against Grindelwald, hence his need for Newt Scamander’s help. This declaration is overlaid on a scene that has Dumbledore gazing into the magical Mirror of Erised, which shows you that which you most desire.

What Dumbledore sees there is an image of his younger self and then an image of Jamie Campbell Bower, the lovely actor who played young Grindelwald in Harry Potter and the Deathly Hallows Part 1. This is the sort of thing that I would call rather explicit. Dumbledore is looking at what he most desires, and what he most desires would seem to be the youthful Grindelwald that he fell in love with. Dumbledore can’t move against him presumably because he still loves Grindelwald, or at least the old idea of him, the trailer is whispering to us.

JUST LIKE THAT JAMIE CAMPBELL BOWER AND TOBY REGBO BECOME THE ONLY ACTORS TO REPRISE THEIR ROLES IN HARRY POTTER IN THE FANTASTIC BEASTS FRANCHISE I LOVE THESE TWO BOYS AND CAN’T WAIT TO SEE WHAT THEY’RE GOING TO DO WITH THESE ROLES AS YOUNG GRINDELWALD & DUMBLEDORE ❤️❤️❤️ pic.twitter.com/WPoyRWDkl3

Here’s the thing: Due to Yates’ statement about not explicitly disclosing Dumbledore’s sexuality, I’m left to assume that the implications here are not going to be made clear. Will they explain what the Mirror of Erised is for those who are not in the know? Maybe we get to see Dumbledore look into the Mirror and see Grindelwald, but it doesn’t appear that he’s going to say to Newt, “I cannot move against Grindelwald because of our past history where I was in love with him.” Likely he’ll say it has something to do with wizarding world politics or magical jurisdiction or something equally boring and uninspired.

The inclusion of this scene coupled with the knowledge that the movie will not directly reference Dumbledore’s sexuality makes it feel like it’s there as a knowing wink/nudge to those of us who are aware of what’s happening, while everyone else can just assume that they were once just good friends being pals.

Having a heroic character up against a villain that he or she has a complicated past relationship with is one of my all-time favorite tropes. The tension is delicious, and it often lays bare that people are more shades of gray than strictly good or bad. But we’ve had enough of “we were once best friends” or “we’re related so it makes this fight more fraught” conflicts. It’s time to show openly queer heroic characters in big franchise movies, and it’s time to let them be distraught because the person they have to take down once meant a great deal to them romantically. 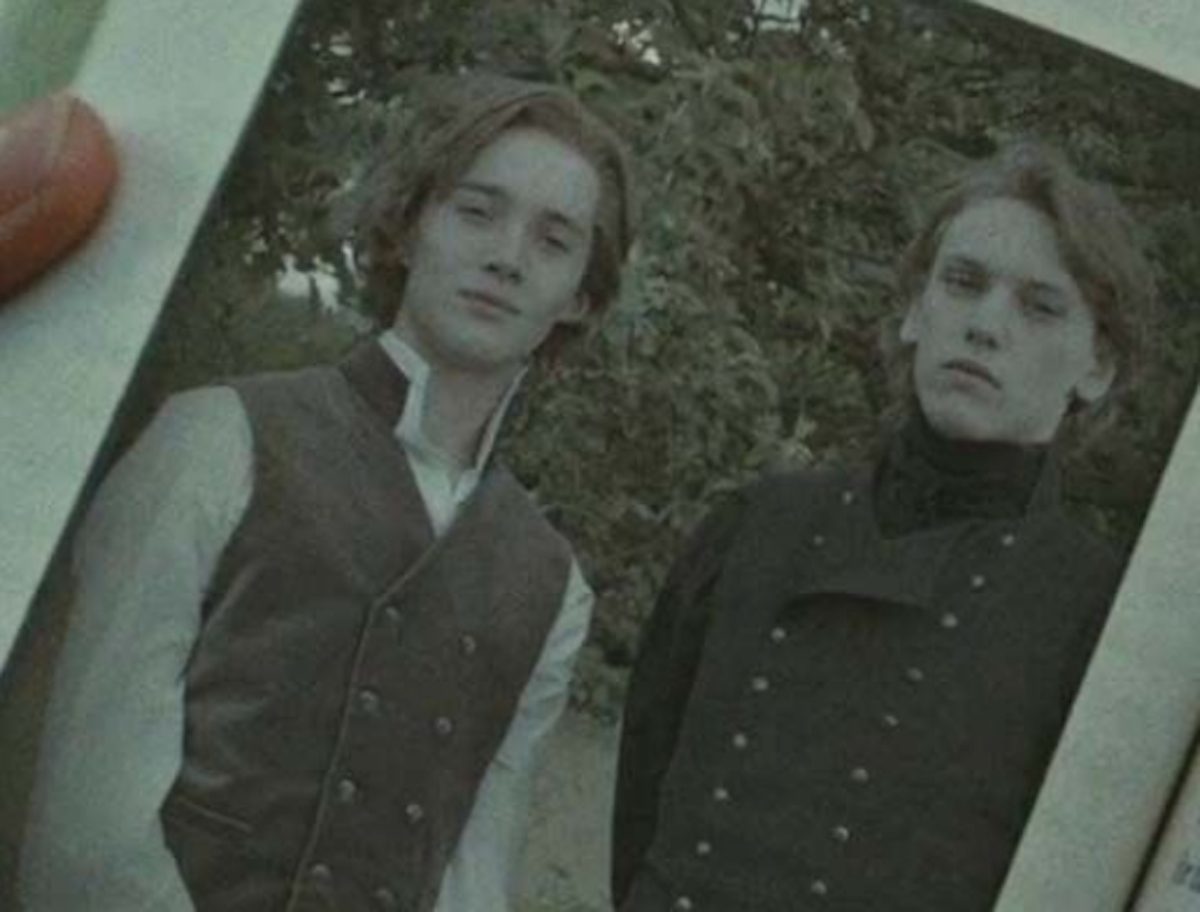 What I’m afraid of with Fantastic Beasts is that all we’re going to have is show and zero tell, leaving it open to audience interpretation and leaving the queer characters essentially closeted in every way save these subtextual crumbs. This would create a scenario where there’s something unspeakable about being gay, since heterosexual characters would never labor under such vagueness and blink-and-you-miss-it allusions.

Statements by the cast seem to confirm my fears. The fantastic Ezra Miller, who plays Credence Barebone, identifies as queer and is also an unabashed lifelong Harry Potter nerd. At a recent Fantastic Beasts event, Miller didn’t mince any words when it was suggested that some people will only view Dumbledore and Grindelwald as friends, according to Syfy:

When asked if there will be any tension between Dumbledore and Grindelwald, a topic that has led to much discussion from fans and creators, Miller only asked, “What does the Mirror of Erised show you?” Since it shows “nothing more or less than your deepest, most desperate desire of your heart,” the fact that Dumbledore sees Grindelwald in the mirror should say it all. When someone responded that people will still insist that the characters are only friends, Miller elaborated.

“I mean, if someone is really trying to bury their head so deeply in that particular bucket of sand, then poor baby. They’ll always be able to do that, right? It’s the Muggle inability to see magic, right?” he replied.

While I love Miller and appreciate his passion on the subject, his response implies that, again, we’re only going to see Dumbledore seeing Grindelwald, and that’s about it, that this should “say it all.” Am I glad that this scene exists in some form? Absolutely. Is there any particular reason we cannot have some extra lines and context that makes this matter explicit? No, no there is not.

The people still burying their heads in the sand are the creatives behind major motion pictures. While we’ll have to wait and see the full extent of Dumbledore’s representation in the movie, I’m not holding my breath; I do not trust this franchise enough.

To be given the visuals of a queer character alongside the assertion that his identity will not be made unambiguous is no longer acceptable nor tenable. This seems like something that would exist long ago in young Dumbledore’s time, not our own.