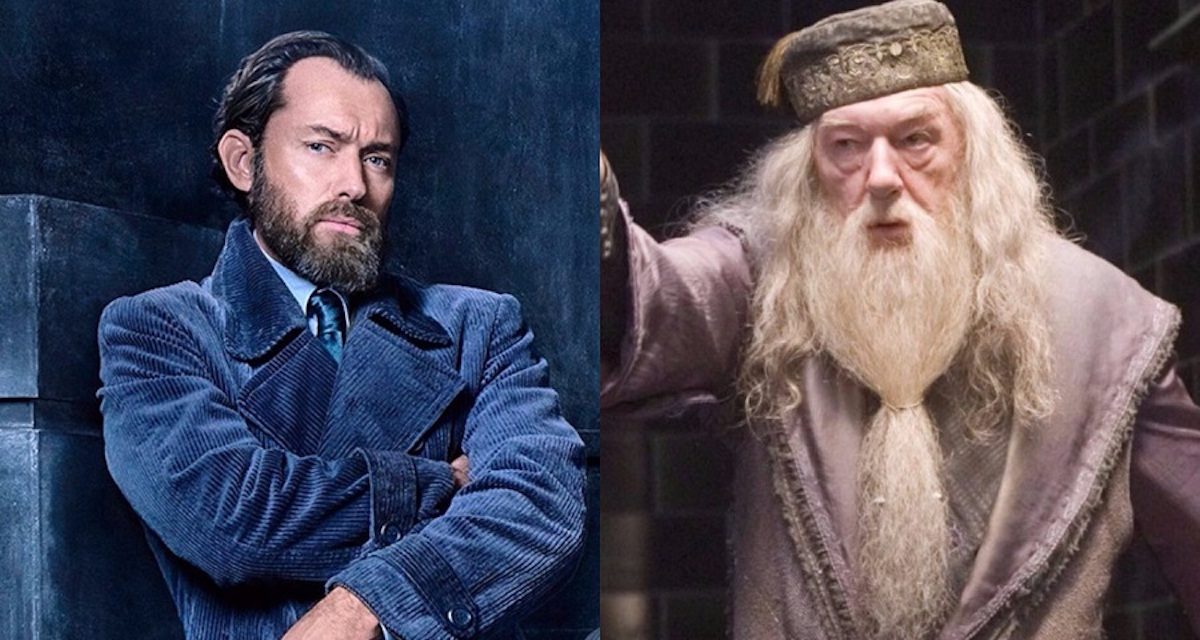 The legendary Ian McKellen spilled some scorching hot tea on the representation of Albus Dumbledore’s sexuality in Fantastic Beasts 2: The Crimes of Grindelwald. His words echo the frustrations of many fans of J.K. Rowling’s wizarding world, which so far appears to be a world without LGBTQIA+ people.

In 2007, after the release of Harry Potter and the Deathly Hallows, the final installment in Harry’s saga, author J.K. Rowling publicly announced that Hogwarts’ beloved headmaster Albus Dumbledore was gay. It was a retroactive “gay-ing,” because while this may have been Rowling’s headcanon and characterization as she wrote Dumbledore, his sexuality is never addressed nor expressed in the books’ text.

No one is canonically queer within the vast Harry Potter text. The singular mention that it’s possible to be engaged in a relationship with someone of the same sex comes via a derisive sneer from Harry’s cruel cousin Dudley Dursley in Harry Potter and the Order of the Phoenix:

This is it—the mention of a boyfriend as a way to insult and upset Harry, while affecting a “high-pitched whimpering voice.” Otherwise, we see no indication in the world of Harry Potter that people will lead anything but strictly heterosexual lifestyles. Even a character that appeared to be explicitly coded as gay, the werewolf Remus Lupin, ends up in a relationship with a woman and has a child. The happy ending of Harry Potter‘s epilogue involves all of the characters married to their high school sweethearts, with 2.5 children in tow. And, scene.

I remember Rowling’s 2007 announcement and how it felt hugely progressive and important at the time. Maybe we didn’t get to meet Dumbledore’s boyfriend in the books, but here was the world’s most successful living author saying that one of the most well-known and respected characters in Harry Potter was a gay man. Rowling didn’t have to make any such statement, and many of us lauded her at the time.

2007 is more than a decade ago, and this retroactive inclusion no longer seems like enough. That’s why fans are so up in arms that the young Dumbledore, played by Jude Law in Fantastic Beasts 2, will not be “explicitly” gay. The movie’s director David Yates basically handwaved the whole matter when he told Entertainment Weekly that the movie would not address Dumbledore’s sexuality, “[b]ut I think all the fans are aware of that,” Yates said. “He had a very intense relationship with Grindelwald when they were young men. They fell in love with each other’s ideas, and ideology and each other.”

Yes, here we are in the year 2018 with the introduction of a younger, dynamic Albus Dumbledore in a movie whose title contains the name of his ex-paramour-now-evil wizard, and yet we’re not going to mention the fact that they were in love with each other? Yates is mistaken if he believes that he’ll placate an audience hungry for LGBTQIA+ representation with the shrug that ardent fans are aware of the history—so have fun imagining it in your head, I guess?

Rowling also seems to not grasp how much this means to wizarding world adherents. In response to the Yates interview, she tweeted:

Being sent abuse about an interview that didn’t involve me, about a screenplay I wrote but which none of the angry people have read, which is part of a five-movie series that’s only one instalment in, is obviously tons of fun, but you know what’s even *more* fun? pic.twitter.com/Rj6Zr8aKUk

It goes without saying that Rowling should not be subject to abuse or harassment over the issue. But she also has a platform—and the power, as Fantastic Beasts‘ screenwriter and its hugely influential creator—to address fans’ concerns about representation with more sensitivity and awareness.

Representation is SO important. Please remember how many young people need that in their media and acknowledge it’s important to you too. It would mean the world.

How is it shoehorning? It’s who he is.

There has been no such sensitivity and awareness demonstrated, nor fans’ concerns acknowledged or addressed by anyone within the production. While there’s room in Rowling’s statement to suggest that future movies might further unpack Dumbledore’s sexuality, and Rowling has said “as far as his sexuality is concerned … watch this space” in the past, there’s no reason to leave this so mysterious and unaddressed with Fantastic Beasts 2. This isn’t a game and doesn’t deserve such coy dismissal.

So who did have an excellent and adept take on the matter of Dumbledore’s (lack of) representation? That would be Gandalf himself, Sir Ian McKellen, arriving resplendent on Shadowfax to trample this suppression underfoot.

McKellen was never in the Harry Potter movies—perhaps the most famous British actor not to be (though I often forget that since my brain likes to substitute him in as an ideal Dumbledore). In an interview with Time Out, the interviewer tells McKellen: “The younger Dumbledore isn’t explicitly gay in Fantastic Beasts,” then asks, “Why do you think there are so few gay characters in blockbusters?”

Ian the Great proceeds to burn Hollywood and its outdated social mores to the ground:

Isn’t he? That’s a pity. Well, nobody looks to Hollywood for social commentary, do they? They only recently discovered that there were black people in the world. Hollywood has mistreated women in every possible way throughout its history. Gay men don’t exist. Gods and Monsters [1998], I think, was the beginning of Hollywood admitting that there were gay people knocking around, even though half of Hollywood is gay.

While McKellen is correct in terms of how Hollywood has long treated women, minorities, and LGBTQIA+ people, I would argue that people do look to Hollywood for social commentary—or at least, we often take societal cues from what we see onscreen. Movies and television shows that contain diverse representation go a long ways toward how this diversity is viewed and accepted in our culture.

And it’s incredibly crucial to see ourselves represented onscreen. Just as an all-white cast of superheroes shouldn’t be acceptable, an all-assumed-heterosexual-until-confirmed-otherwise array of wizards shouldn’t be the way of things. It’s important for children, young adults, and adults of every age to receive the message that Dumbledore is here and queer. That doesn’t have to be the only thing we know about him, but if Rowling and Yates acknowledge that it’s his identity, there’s no reason that it cannot be “explicitly” included. As Jill Pantozzi tweeted above, it’s who he is.

There’s another element at play here as well—the Harry Potter fandom has, since its inception, been dedicated to generating the diversity that Rowling did not provide. Countless works of fanfiction, fanart, and other transformative works strive to make Rowling’s creation closer to the reality that we know. Welcome to the wizarding world where Harry Potter is of South Asian descent, where Hermione Granger is black, where Ginny Weasley ends up not with Harry but with Luna Lovegood. Where Remus Lupin carries on with his true love, Sirius Black, or Harry with Draco Malfoy, or Hermione with Draco Malfoy, or Harry and Draco and Hermione are all living happily ever after together.

Many of us have been waiting since 1997 to see ourselves in the wizarding world. We shouldn’t have to visit a theme park in order to do so.