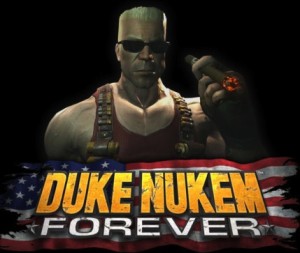 I’ll tell you what, if some feminist organisation that is doing a great job advocating women’s rights worldwide, which I think is really important, can get some advantage by using Duke… go for it,” he told Eurogamer. “How is there a downside for humanity? Go for it. Take it. Use Duke. That would be awesome.

“If anyone can better our world through the use of anything, and if Duke is a tool to help them do that, that’s fine. The people that are entertained… The choices people make are their choices.”

We’re… we’re honestly not sure how to call this one.  Duke Nukem 3D is a videogame from 1996 that was purposefully over the top and jokingly offensive everywhere it could be.  It’s long, long awaited sequel clearly plans to continue in that vein, with plenty of strippers, sex, explosions, and lewd jokes.  Attacking something so obviously tongue in cheek for misogyny never crossed our right minds.

Pitchford elaborates on his position:

All of us want the same thing in this world – we just want to have a good time, we want to get along, we want to enjoy life and get the most out of it. That’s one of the reasons I do what I do – I like to entertain. If I can maybe add a little joy, maybe I’ve done something worthwhile.

But the fact is there are people in this world who get s*** on for no other reason than just their identity, the colour of their skin, where they were born, their gender, and that’s f***ing bullshit.

Now, because of the unfairness in the world, sometimes people get… you know, organisations grow up and they become advocates for those issues, and there’s some very legitimate and worthwhile organisations that are promoting everything from women’s rights to gay rights to racial equality and religious tolerance, which are all really important things for our world.

Now, sometimes, an organisation that has an agenda and is interested in promoting that, especially when they’re legitimate, worthwhile agendas, they need to find ways to get attention and to help people understand the problem.

As to whether this is a sincere position, or a cynical attempt to grab the (heretofore) non-existant angry attention of well meaning feminists for publicity, we’re still undecided.  Does inviting other people to drum up publicity creating conflict over your game make up for giving good causes an easy target?

The world may never know.