We've never gonna get a more appropriately named director than Mark Webb, though. 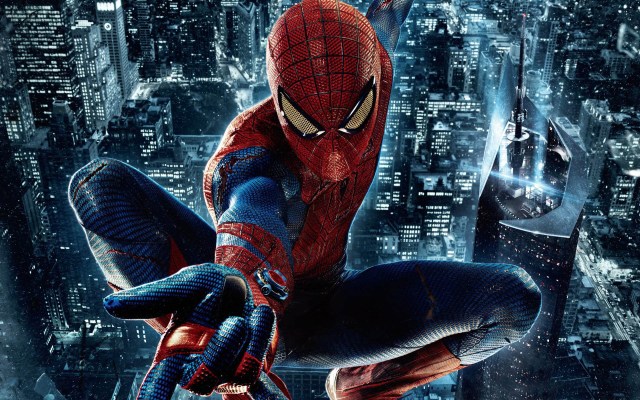 [Update 4:44PM ET] Well, that was fast—a representative for Drew Goddard has denied the rumor that he’ll be writing and direction Spider-Man as Latino Review suggested, saying that he “hasn’t met on the title yet.” Okay, but can we still get Iron Man and Spider-Man bantering with each other? I still kind of want that, rumor-land. Bring it to me please.

Take it with a grain of salt, but if this news turns out to be true, then it looks like the latest Spidey flick will soon have its director. Now, if we could just hurry up and cast the lead already…

According to the Latino Review, Drew Goddard, who was previously attached to Sony’s Sinister Six film, is now reportedly in talks to write and direct the upcoming Spider-Man film, which will tie into the Marvel Cinematic Universe but not to any previously produced Spider-Man films.

The Latino Review also claims to have exclusive information about the plot of the film (possible spoiler warning juuuuust in case)—Spider-Man will be a high school student, which we sort of already knew, and there won’t be an origin story, which we all really hope to be true. If rumor holds, a significant part of the movie will involve Spider-Man fighting Iron Man and then trying out for the Avengers, which could be kind of neat if they do it the right way. Then—and okay, this is the least likely one if you ask me—at the end the Sinister Six will come together, presumably to branch off into the movie they originally intended Goddard to direct in the first place. Great, because if there’s one thing the Spider-verse does not need, it’s as many villains as possible all hanging out at once.

Anyway, back to the more believable news: Goddard first got his start writing for Buffy The Vampire Slayer, Angel and Alias, and also executive produced Lost and Netflix’s Daredevil series. Between that and writing the amazing Cabin In The Woods, he certainly has plenty of experience in genre entertainment, which makes him a good fit if you ask us. What do you all think?