It’s About Time: Dragula Winner Landon Cider and the History of Drag Kings

"Kings can rule just as hard as Queens" 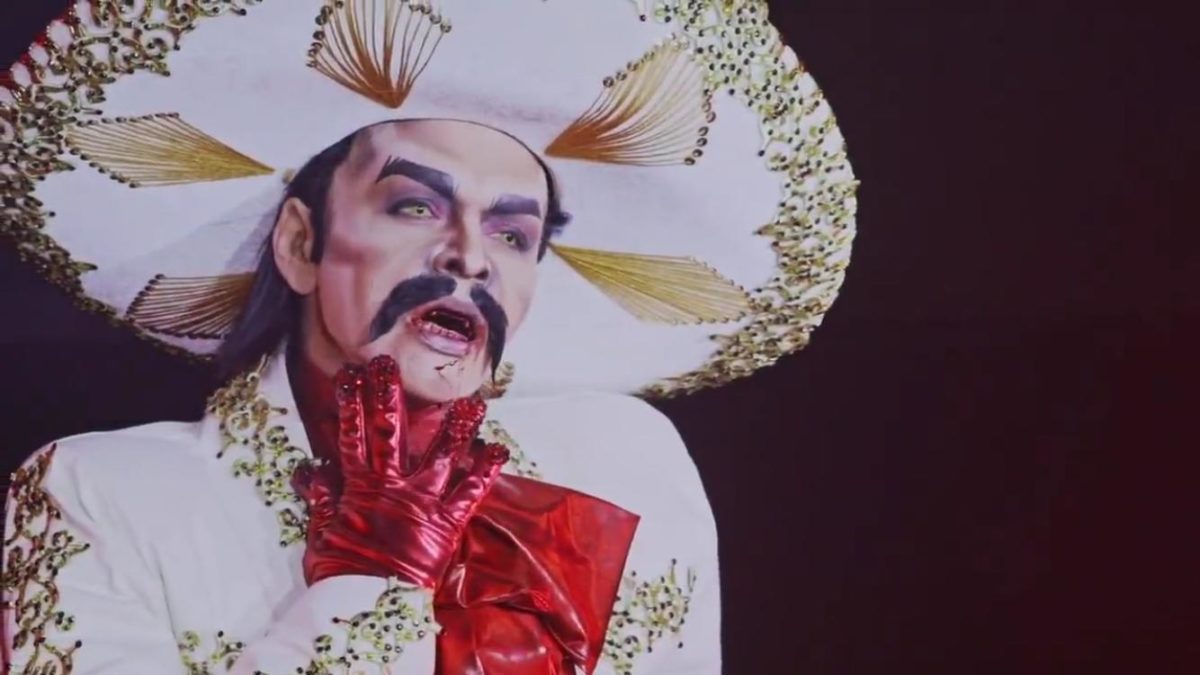 The third season of my favorite drag-reality-competition-show, Dragula (created and hosted by the Boulet Brothers), wrapped at the end of October (and all three seasons are now available to stream on Netflix). This season’s winner was the incredible Landon Cider – a Los Angeles based drag king.

Cider was the clear front runner for the majority of the competition, racking up four wins before snatching the bloody crown. This was a historical moment not just for the show but for queer representations in mainstream pop culture as a whole. For the past decade, (basically since RuPaul started Drag Race) traditional drag queens (ie, cis men performing as female characters) have been blowing up in the popular zeitgeist, while their king brothers (not to mention their trans and nonbinary siblings) have remained mostly in the LGBTQ nightclub circuit.

And while drag (and the performance of “gender”) in all its forms has been around as long has there have been people, it’s sudden resurgence into the dominant culture has given rise to questions about who gets to do drag, what makes “real” drag, and what it means for it to represent so much of the LGBTQ community at large.

RuPaul, the self-proclaimed “mother” of modern drag, recently came under fire for claiming (among other things) that drag performed by biological women “loses its sense of danger and irony”- essentially that “real” drag is only performed by cisgendered men dressing up in hyper-feminine clothing. He also stated that he wouldn’t let fully transitioned trans queens compete on the show, especially if they had breast implants (ironic considering that most of the”RuGirls” have had major plastic surgery on their face, hips, and bottoms in order to appear more feminine.) This feels especially contradictory to his famous mantra “You’re born naked and the rest is drag.” 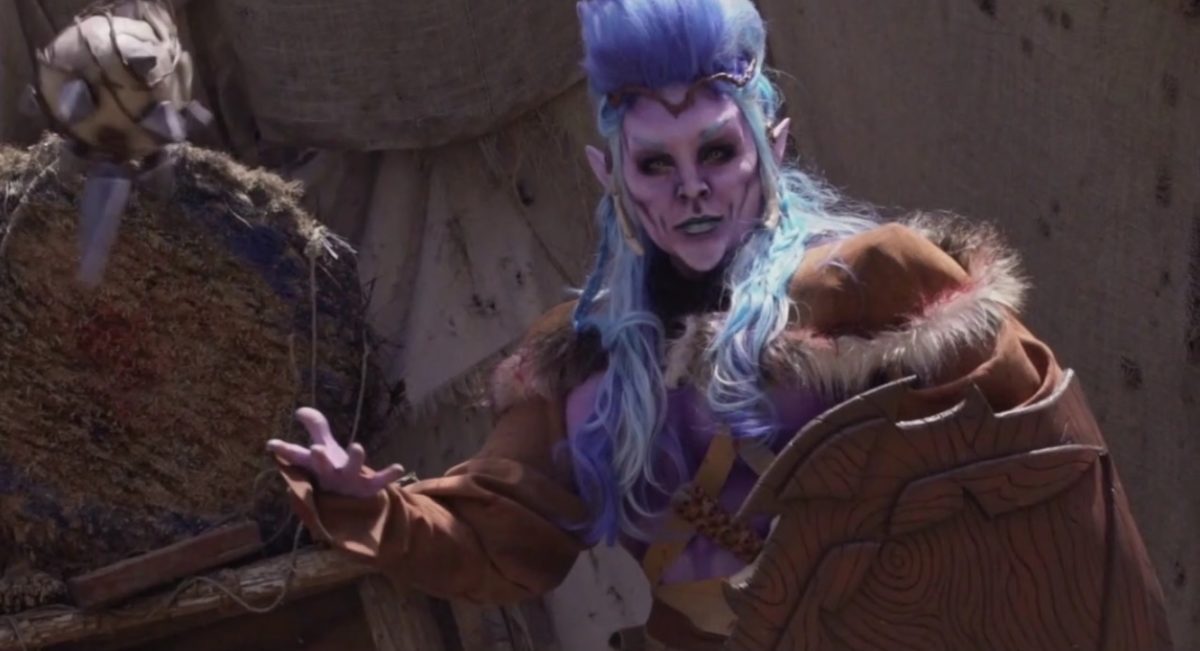 This resulted in a huge backlash from the community and culture at large, with many former RuGirls condemning his statements, particularly the former competitors that are themselves trans. This created the perfect opportunity for the Boulet Brothers’ Dragula (the search for the next great “drag supermonster”) to make a statement towards inclusivity in the drag community. After all, drag kings, trans queens, and bio-queens (cis or biologically female performers performing heightened female personas) have been in it from the beginning.

Dragula’s mission is to highlight the punk-rock, subversive, and transgressive nature of drag – to bring the “filth, horror, and glamour” into the spotlight. And to challenge their competitors to push themselves to their personal limit (via elimination challenges that echo Fear Factor as opposed to “lip-synching for your life”) in order for them to grow as performers and as people. And so with season three, Dragula said a big “F you” to Mama Ru’s statements by casting a drag king, Landon Cider, and the “post-gender” biologically female queen, Hollow Eve.

But before I delve much further into what transpired this season, I want to give a quick history of drag, and specifically, drag kings. Male performers cross-dressing as women have existed since ancient Greece (look at the comedies of Aristophanes for starters), but we are perhaps most familiar with their roles in Shakespeare’s plays (a time when women were not allowed to perform on stage.) In fact, the word “drag” itself has been attributed to Shakespeare – that it was an acronym in his footnotes indicating a character is “Dressed as Girl.” This is actually incorrect. The word first gained popular use in the 1800s when “drag” was meant to indicate the “dragging” dress that was the signifier to the audience that the female character was being performed by a man. 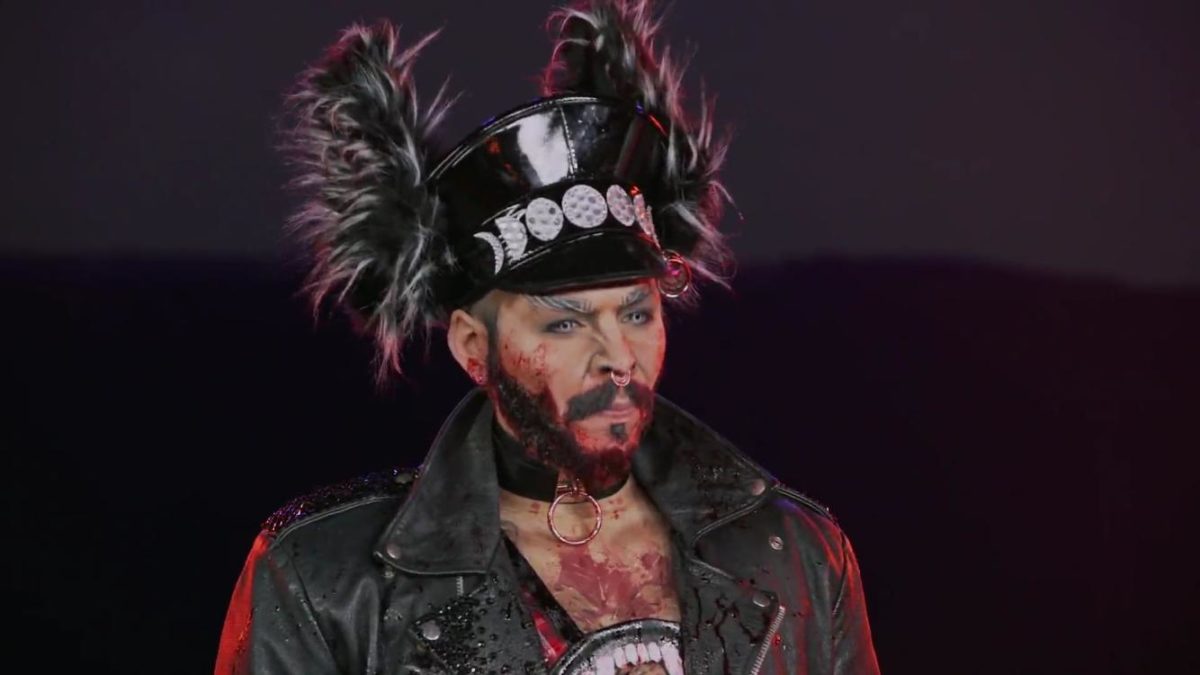 Landon Cider’s Wolf Leather Daddy. A perfect tribute to Tom of Finland and the leather community.

Fun fact: in the mid to late 1800s, when women were finally allowed to perform, the famous playwright Johann Wolfgang von Goethe wrote a scathing review of the first female actress he watched. He claimed that watching a woman perform a female character ruined the very notion of acting and theatre itself. The rise of women as actors didn’t end drag however. LOL Goethe!

Instead, drag queens and drag kings (known more popularly then as female or male “impersonators”) became incredibly popular on the Vaudeville circuit. Not only that, they were branded not as “freaks” or “subversive” but as entertainment that was fun for the whole family. Two of the most famous “male impersonators” were Hetty King and Gladys Bentley, who performed throughout both World Wars, and were known for their comedic send-ups of the male upper crust (because vaudeville audiences were mostly working class.)

It wasn’t until 1927 that “drag” even became associated (and synonymous) with homosexuality, when A.J. Rosanoff defined drag as “an outfit of female dress worn by a homosexual” in his Manual of Psychiatry. Slowly drag performers were shifted to the underground, and often raided, gay and lesbian nightclubs – that is until famous trans activist Marsha P Johnson brought drag back to the national spotlight by leading the Stonewall Riot in 1969. Second fun fact: drag kings were also at Stonewall! It is rumored that drag king Stormé DeLarverie is the one who threw the first punch. 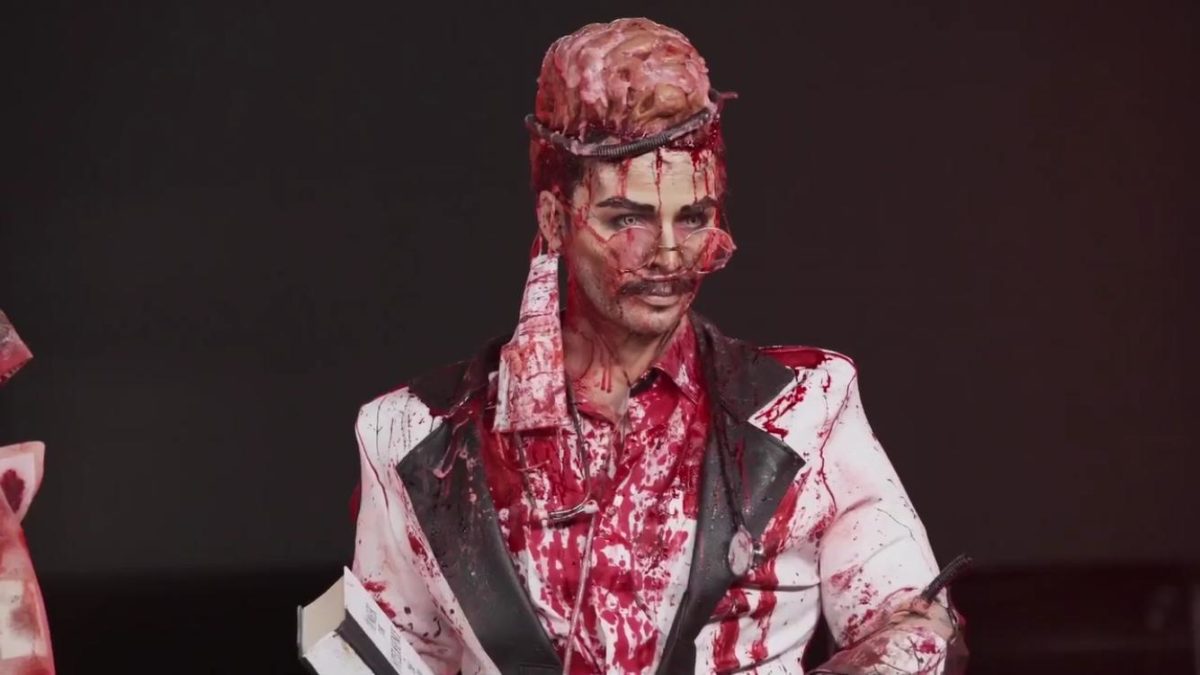 Landon Cider’s bloodthirsty doctor was a commentary on his battle with cancer and also a critique of western medicine’s tendency to value knowledge over compassion.

Forty two years. That’s how brief (in the larger scheme of things) a time drag was on the outside of popular entertainment. But in those forty plus years it transformed from family entertainment into something “dangerous.” Something transgressive, and subversive, and very punk rock. Drag Kings (and trans queens) remained a part of it the entire time. Just look at famous comedian Murray Hill.

Okay, back to Dragula and Landon Cider. Landon, with his ability to transform into entirely unique looking characters every week, and the incredible amount of detail that went into his costumes, became the breakout star. Consistently ranking in the top two or three from week to week, (and never landing in the bottom), it became clear to me that he was going to be this season’s winner. Not only that, but the work room scenes provided a much needed insight into his (and the other performer’s processes).

People assume that drag kings don’t need to put as much work into their looks as queens do. That because men don’t wear makeup, that a drag king doesn’t either. But watching Landon transform every week, the audience can see that the amount of contouring, padding, and wig glue (gotta have that facial hair lace front laid right!) that goes into creating a king’s look is equal to that of a queen’s. Not only that, but Landon crafts a lot of his props and costume pieces himself. He crafted an entire merman’s tail out of garbage for crying out loud! 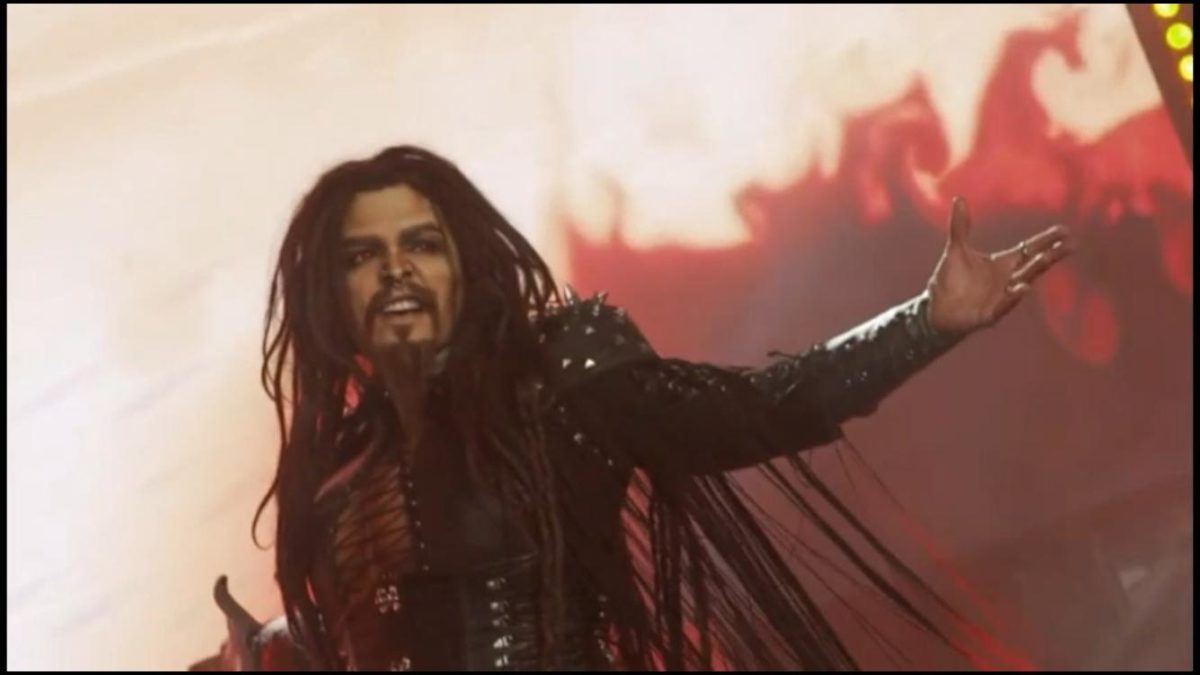 Landon Cider’s tribute to Rob Zombie and his hit song “Dragula.” Get it?

And as to Ru’s earlier comments that it is less dangerous for a biological woman to don the trappings of masculine identity (and therefore power) than it is for a cis-man to dress as the “lesser” or “weaker” gender, may I point to all of the times drag kings, butch lesbians, and trans men have been violently attacked? (Just watch Hannah Gadsby’s Nannette, Ru!)

Or watch Landon’s audition tape, in which he dresses as Jesus Christ and walks down a public street shouting “F-ck Trump!” That takes some big, huge, performative balls. I only hope that with this win, and the national spotlight finally focused on her, that mainstream audiences will finally learn the lesson that yes – “Kings can rule just as hard as queens.” Team Landon Cider for life!