Ed Kramer isn't exactly a great guy, even if he did co-found the convention. 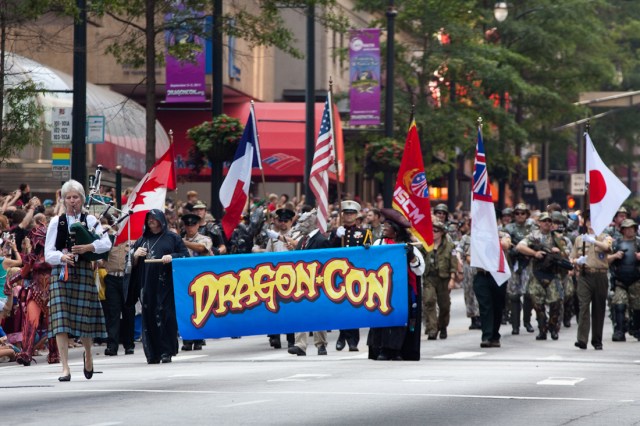 The organization behind Dragon*Con, the Atlanta-based multi-genre geek convention that will reach its 27th year when it’s held at the end of this August, has announced that it has bought out the shares held by co-founder Edward Kramer, a man that has been facing trial for child molestation since 2000. Though Kramer has had no involvement with the convention’s organization or planning since that time, he has continued to profit from his 34% ownership of the company’s stock. After years of criticism of Kramer’s continued association with the convention, the company has finally conceded to public opinion and forced him out.

Kramer, 52, is a sci-fi editor who has worked on various short story anthologies, and was one of the six co-founders of Dragon*Con back in 1987. He was arrested and charged with molesting three teenage boys in 2000, but has avoided both his trial and pre-trial imprisonment due to a series of health claims and other shenanigans. In 2011, he was arrested in Connecticut after police found him in a motel room unsupervised with a 14-year-old boy, and has since been extradited back to Georgia.

Kramer previously refused attempts to sell his shares as the con’s management distanced itself from him, but now the Dragon*Con company has managed to get rid of him in a cash-out merger that reorganized the company, though it has no other effect on the convention’s operations or its partnerships with other businesses. The company did not disclose what he was paid for his shares. The other five founders are still part of the ownership and administration of the con, though it exists as a new company.

“This decision only affects the ownership of the old Dragon Con,” said Pat Henry, one of the other co-founders, now President and Chief Executive Officer of Dragon*Con, Inc. “Our members and others who attend Dragon*Con 2013 will experience the same fantastic convention they have come to expect from us.”

(Dragon*Con Facebook via The Mary Sue, image via Tyrus Flynn)