The skull was placed on a beach in Charmouth, England. Get it? Charmouth? Dragons? It works on so many levels! 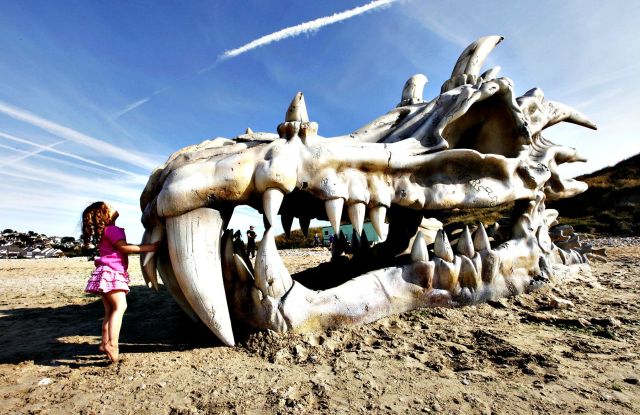 Props to U.K. streaming video service Blinkbox for knowing exactly how to celebrate the arrival of season 3 of Game of Thrones on their service — by leaving a huge dragon skull on an English beach. While that’s clearly a great reason, we don’t know why people don’t do this sort of thing more often. It’s not like there’s a bad reason to leave a giant dragon skull on the beach. Keep reading for another image that drives home the sheer size of this beast. 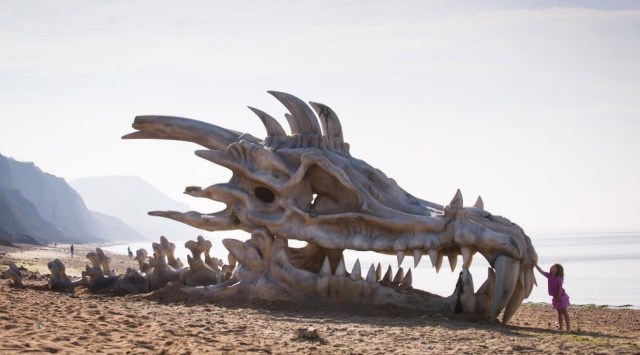 Yeah. That’s what a 40-foot-long dragon skull looks like, and all I can think of is how badly I want one on a local beach here in the States. Unfortunately, Blinkbox placed this one on a beach in Charmouth, England, and that’s where it’s likely to stay, if only because the thing doesn’t exactly look easy to move. Well, that and the fact that Blinkbox presumably didn’t place the dragon skull on a beach near Charmouth just for the nearly perfect fit of the name. The beach is part of the heralded Jurassic Coast, long a paradise for fossil hunters, though we’d argue that no one has found anything as cool as this in their searches there.

And while there’s still some debate over what wiped out the dinosaurs, we can all safely agree that dragons died out when magic left the world. It is known.