Parting is such sweet, spacey sorrow. 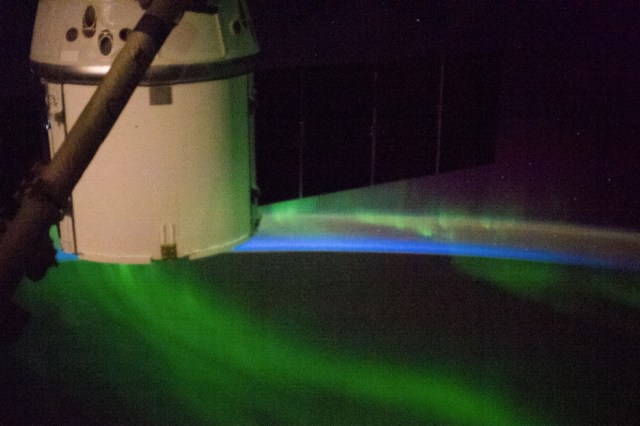 SpaceX’s Dragon capsule has had a great time chillin’ at the ISS since Easter, but all good things must come to an end. Tomorrow morning, you can watch the robotic capsule detach from the International Space Station, and head for splashdown in the Pacific Ocean.

After launching on-board SpaceX’s Falcon 9 rocket on April 18, the Dragon capsule delivered nearly 5,000 pounds of supplies to the astronauts aboard the ISS – including Robonaut’s terrifying prehensile legs. Upon its return to Earth, the Dragon will carry back about 3,500 pounds of science samples and cargo for the kind folks at ground control to sift through. This is pretty rad, since the Dragon is the only ISS supply vessel designed to return to Earth intact.

The capsule is expected to hit the Pacific Ocean at about 3:05pm Eastern (but NASA won’t be broadcasting that bit live). You can, however, catch the Dragon detach tomorrow, May 18th, on a livestream right here, beginning at 9am Eastern.