Dracula’s Castle Now for Sale to the Right Bidder 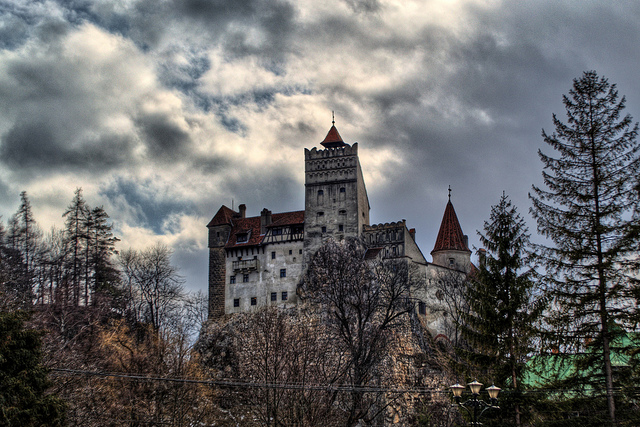 If you’re a fabulously wealthy person in the market for a new home, you might want to head over to Transylvania: the castle that inspired Bram Stoker’s Dracula is now for sale. Buyer beware, though–it apparently has no bathrooms.

600 year old Bran Castle is often called Dracula’s Castle for its strong resemblance to the manor in Bram Stoker’s book. Although Stoker never visited Bran, he is thought to have been inspired by it. The real-life basis for Stoker’s vampire, Vlad the Impaler or Vlad Dracul, was reportedly also imprisoned in the basement of Bran for two months.

If you’re interested in owning this little piece of Gothic history, Herzfeld & Rubin, the firm handling the sale, will be very discerning when it comes to reviewing offers. Representative Mark Meyer told The Daily Telegraph,”If someone comes in with a reasonable offer, we will look at who they are, what they are proposing, and will seriously entertain the idea.” In other words, no Van Helsings need apply.

Previous bids for the 57 room, 22 acre property have reached$135 million. However, the castle receives 560,000 visitors annually, so future owners can expect to recoup some of that money off the castle’s unique reputation. Meyer says that if the the ancient plumbing is fixed, Bran could become a lucrative tourist destination:

At present, it makes a tidy profit. But in the right hands it has the potential to generate far more revenue than we could ever imagine […] we’re also installing a glass elevator that will lead to a tunnel in the mountain, with a light show featuring Dracula and the whole history of the place.

Although Meyer seems to have ghoulish tendencies himself, I don’t think we can expect an actual coffin-dweller to take up residence at 666 Drac Lane. That would be way too predictable. Salem’s Lot, on the other hand…

(via Huffington Post and The Daily Telegraph, image via Tsvetelin Pavlov)