Horton and the... what now? 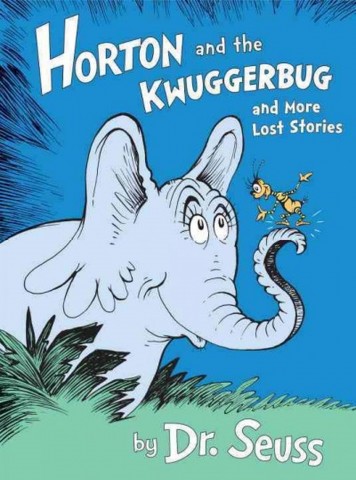 Oh, sure, Theodore “Dr. Seuss” Geisel has been dead since 1991. But since when has being dead ever stopped anyone from performing live at the Billboard Awards, for example, or releasing new content for their fans to enjoy?

As NPR noted in a recent story, the latest collection is called Horton and the Kwuggerbug, and isn’t exactly comprised of never-before-seen work. The four stories actually come from a column Seuss one wrote for the magazine Redhook in the ’50s; and, although it’s an example of his earlier work, and doesn’t contain as many of the trademark illustrations we’ve come to know and love, it does feature familiar names and faces such as the titular Horton, a rudimentary version of the Grinch, and even Mulberry Street.

This is Random House’s second volume of “lost” Seuss stories to come out since the author’s death; the first, The Bippolo Seed, was published in 2011. Both were curated by Seuss historian Charles D. Cohen, who has what sounds like the coolest job ever in existence. You can read all of his meticulous introductions to each story when the book is released in bookstores tomorrow.