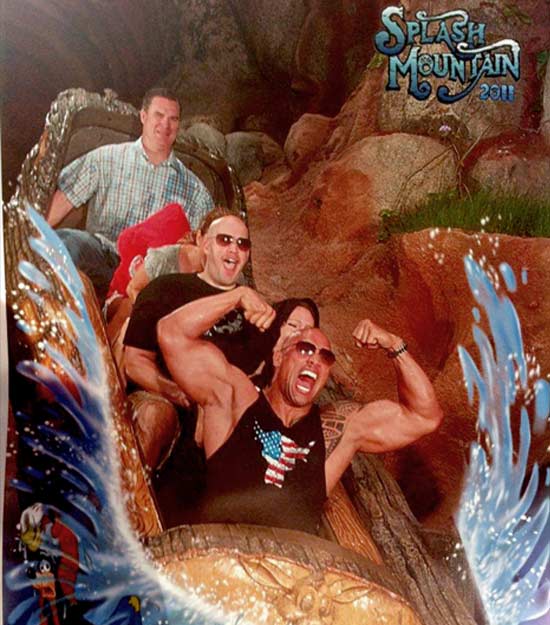 Ok, technically we’ve posted this particular entry from Dorkly’s “The 25 Greatest Pictures Ever Taken On Splash Mountain” but if you ask me to choose from a group of pictures and that group of pictures includes one of Dwayne “The Rock” Johnson, there’s no contest.