I am weirdly excited for this show. 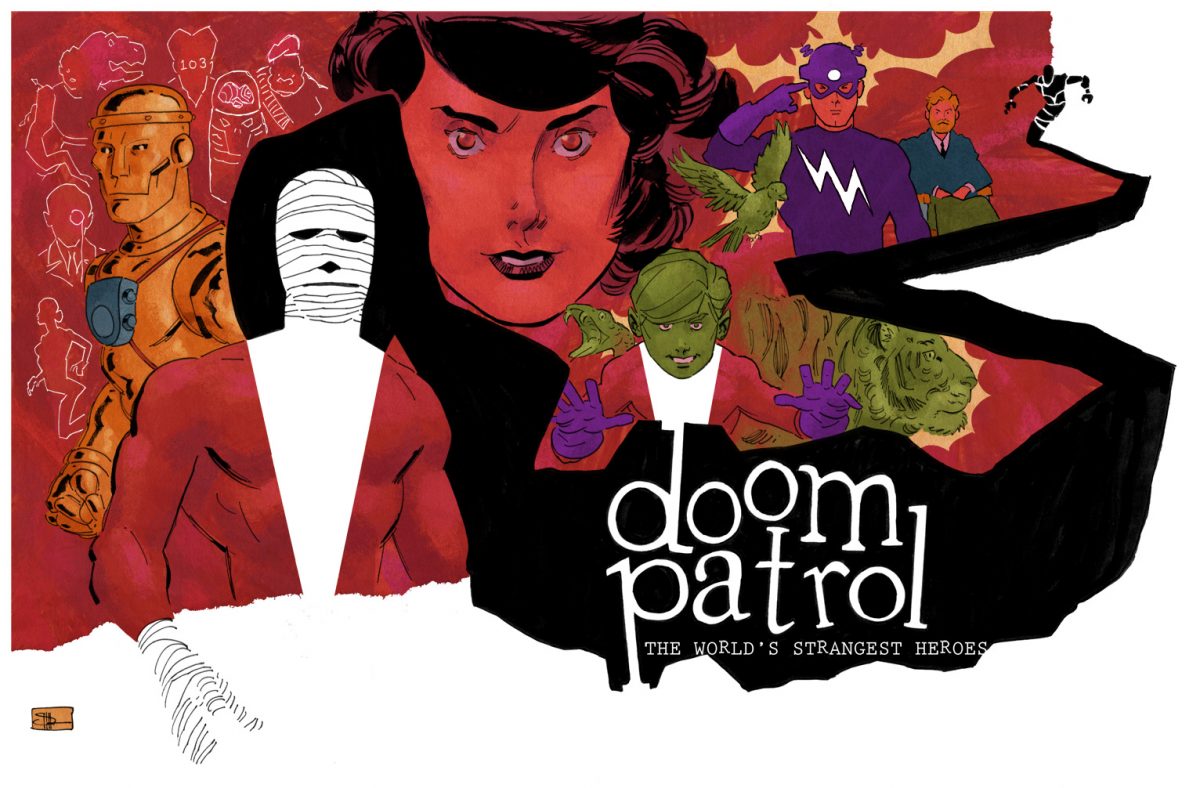 While DC Universe’s Titans has been garnering a lot of buzz with its f-bomb dropping emo Robin, the streaming network is assembling a cast for it’s other team-up series, Doom Patrol. The series has cast Timothy Dalton (Penny Dreadful) as Dr. Niles “The Chief” Caulder, the paraplegic genius doctor and inventor who assembles the team of outcasts that form the Doom Patrol.

All Doom Patrol members underwent some sort of horrific accident that gave them their powers but left lasting scars. Caulder builds and designs the devices that house and heal the fallen members, as well as helping them to control and master their newfound abilities (so basically he’s Charles Xavier minus the mansion).

Joining the former James Bond are Brendan Fraser as Cliff Steele/Robotman, a daredevil and race car driver whose body was destroyed in a car crash. His still -iving brain is placed in the body of a robot, granting him super powers but making him feel less than human.

They are joined by radioactive pilot Negative Man played by Dwain Murphy (Rogue), who must wear specially treated bandages to protect his friends from radiation. Other team members include former actress turned hero Elasti-Woman (Drop Dead Diva‘s April Bowlby) and Crazy Jane, a woman with 64 different multiple personalities, each with their own powers, played by Orange is the New Black‘s Diane Guerrero.

The series will share a universe with Titans, and take place after the events of Titans‘ first season. Doom Patrol will see Cyborg (The First Purge‘s Joivan Wade) rallying the troops to take on the villainous Mr. Nobody (Firefly‘s Alan Tudyk). The cast for the series is strong, and I’m always a sucker for the “misfits banding together” trope. The pilot was written by Jeremy Carver (Supernatural), who will executive produce the first season with Greg Berlanti and Geoff Johns.

Doom Patrol was created in 1963 by writers Arnold Drake and Bob Haney, and artist Bruno Premiani. The series appeared in various incarnations over the years, including a psychedelic run by Grant Morrison in the early nineties, followed by Rachel Pollack who wove transgender and bisexual characters into the narrative. Even My Chemical Romance‘s Gerard Way took a stab at the series in 2016 under the brief DC Comics’ Young Animal imprint.

With a strong cast and a wildly strange history, I’m tentatively excited to see what DC Universe does with Doom Patrol. We’ll have to wait and see when the show premieres in 2019.