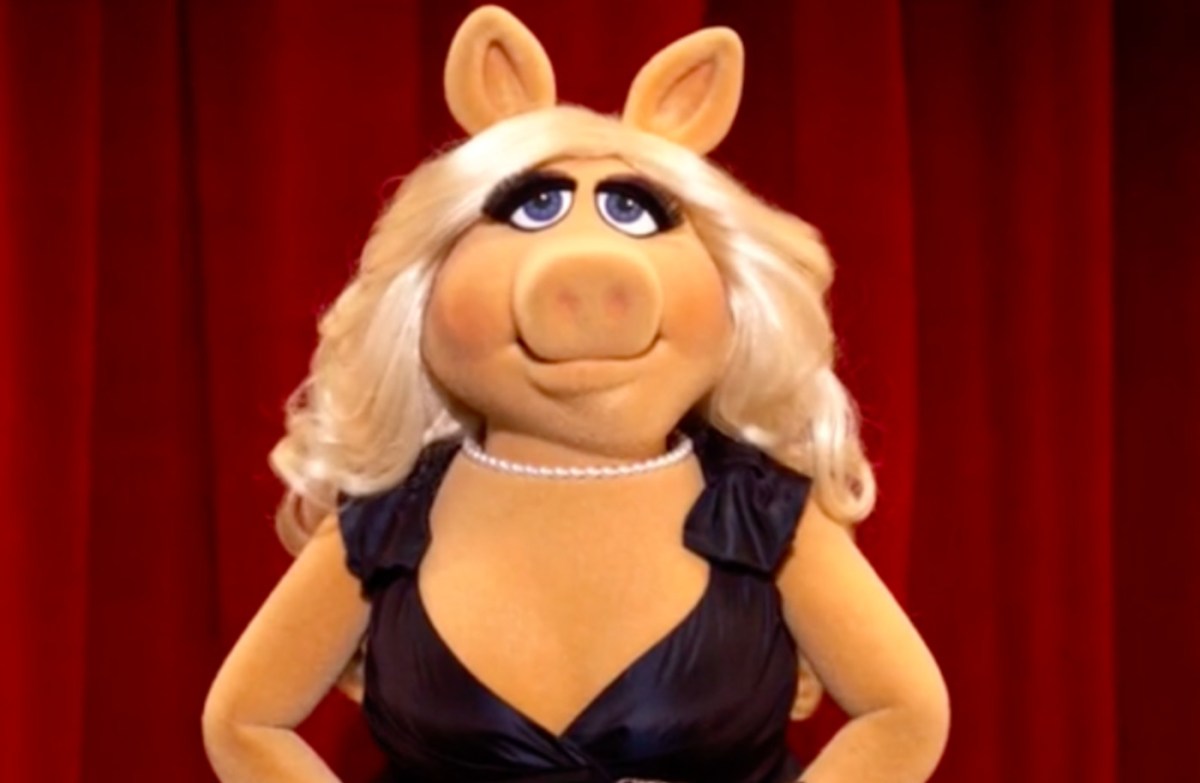 I’ve seen a lot of offensive things said about women online, but one tweet today took the cake. It compared Rep. Majorie Taylor Greene, she of the QAnon conspiracies, “Jewish space lasers” anti-Semitism, harassment of Parkland survivors, and other disgusting behavior, to Miss Piggy of The Muppets. Honestly, how dare you compare a powerful, beautiful, independent, successful, and liberated woman like Miss Piggy to Marjorie Taylor Greene. It’s an insult that will not stand and Twitter had a lot to say about it.

Miss Piggy is a woman who believes in herself and standing up for the little guy (usually that little guy is her amphibian boyfriend). She’s modern and progressive (again, she’s part of an inter-species relationship!) and she’s got her own hopes and dreams. To compare this icon to a woman who harasses victims of school shootings and believes  California forest fires were started by a Jewish space laser is beyond offensive and we won’t stand for it.

Oh HELL naw, you did not come for Miss Piggy? She is and has always been That Bitch and she would HI-YA this insurrection-loving nutcase. https://t.co/OKEfANjHBU

good god no. Miss Piggy is talented and beautiful. https://t.co/79s8TTH7fL

DO NOT compare Miss Piggy, the incomparable legend in all things for all time, to Marjorie Taylor Green as if it is some kind of slam. NO. pic.twitter.com/rqMzUPlRiv

Exactly! Miss Piggy has talent, charm, & class. Bit of a badass too.

That is such an insult.

To take a moment away from the tweets and be a bit serious though: we don’t need to insult women by comparing them to pigs or making fun of their looks. It’s stupid and sexist and unwarranted. Just like it was not okay to mock Donald Trump for being fat, it’s not okay to mock Greene for her looks. These are terrible human beings, we don’t need to fall back on fatphobia and body shaming to point that out. Especially comparing Greene to a body-positive icon like Miss Piggy as an insult is absolutely not okay.

Okay, back to our Twitter refutations of this libel. (Remember, slander is spoken, libel is written). And also just some celebration of Miss Piggy because … she’s awesome?

How dare someone compare MTG to the wonderful Miss Piggy. Miss Piggy has class and dignity, unlike MTG and some other folks! pic.twitter.com/OqVRuv5xDL

The queen of fuck around and find out pic.twitter.com/eB01gcevtd

So, if you’re looking for a role model, be assured that Miss Piggy is a way better choice than QAnon Marjorie.