Women were quick to correct Trump on social media. 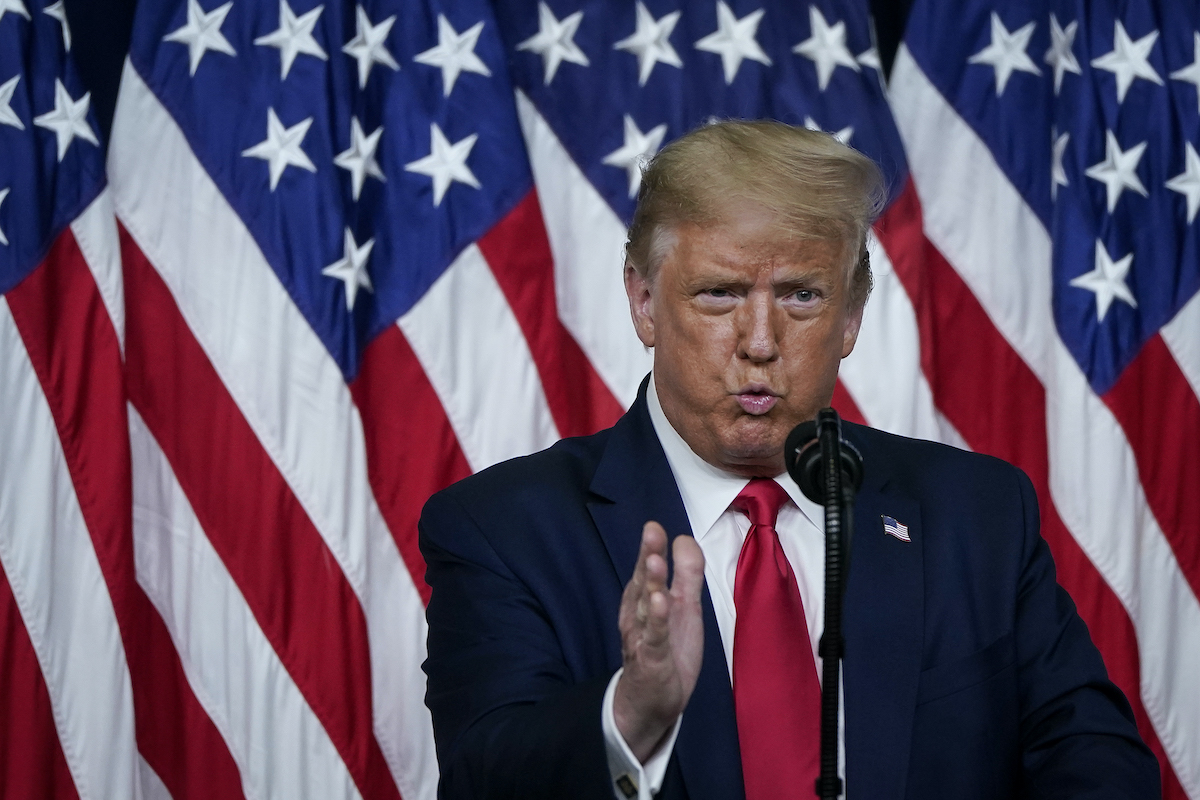 What must it be like to walk through life with absolutely zero self awareness? I imagine it would be much like Donald Trump, noted misogynist and sexual predator, tweeting a self-congratulatory screed about how much he’s helped the women of America. Yesterday, the president tweeted, “I have done more for WOMEN than just about any President in HISTORY!” and crowed about the upcoming 100th anniversary of the 19th amendment.

Trump also boasted that he would build “a BEAUTIFUL STATUE in Washington D.C. to honor the many brave women who made this possible for our GREAT COUNTRY.” The man sure loves his statues. If only he loved and respected women as much as he did stone or metal monuments to the confederacy …

…Congress should send me H.R.473 ASAP and make this happen! It will INSPIRE all women to continue being bold and brave in achieving their DREAMS!

Of course, Trump’s tweet comes on the heels of a week where he lambasted Joe Biden’s newly minted running mate Sen. Kamala Harris, calling her “nasty” and a “mad woman.” Trump continued his tear, insulting Rep. Alexandria Ocasio-Cortez’s intelligence. But attacking AOC on Twitter is like bringing matches to a gasoline fight: you’re gonna get burnt.

You release your college transcript, I’ll release mine, and we’ll see who was the better student.

Trump’s absurd twitter rant was quickly called out by women and folks across the country. Here are some of the best responses:

Speaking on behalf of most women… you're full of shit.

Donald Trump is tweeting about doing more for women than any president in history while E. Jean Carroll is currently suing him for rape.

You boasted about sexually-assaulting women
You cheated on women
You paid hush-money, sued women to stay silent
You sent well wishes to a conspirator of a sexual predator who trafficked girls
You separated mothers from their kids
You call powerful women who confront you, “nasty”. https://t.co/MEF6Irv93h

A statue is great and all, but how about funding the Postal Service so that women can actually vote? https://t.co/G8X6F6sbwG

Donald Trump on how to treat women:

Do you hear that sound??? That’s the sound of my jaw hitting the floor over this gaslighting nonsense… https://t.co/CQZW03xMRD

I think you meant, “more TO women.” There I fixed that for you. Also, instead of a statue, let’s pass the Equal Rights Amendment. https://t.co/V1q6l5wc17

Biden is leading 2-1 among female voters and it appears Trump's plan to remedy that is to build a statue. https://t.co/7ElOhbzdnk

he wants to build a statue of jessica rabbit to honor women's suffrage, doesn't he https://t.co/CSXS7QkIQl

How do you commemorate all great women in our history with one statue?
What are you envisioning? A generic vagina?

In short, REGISTER TO VOTE AND MAKE A PLAN.