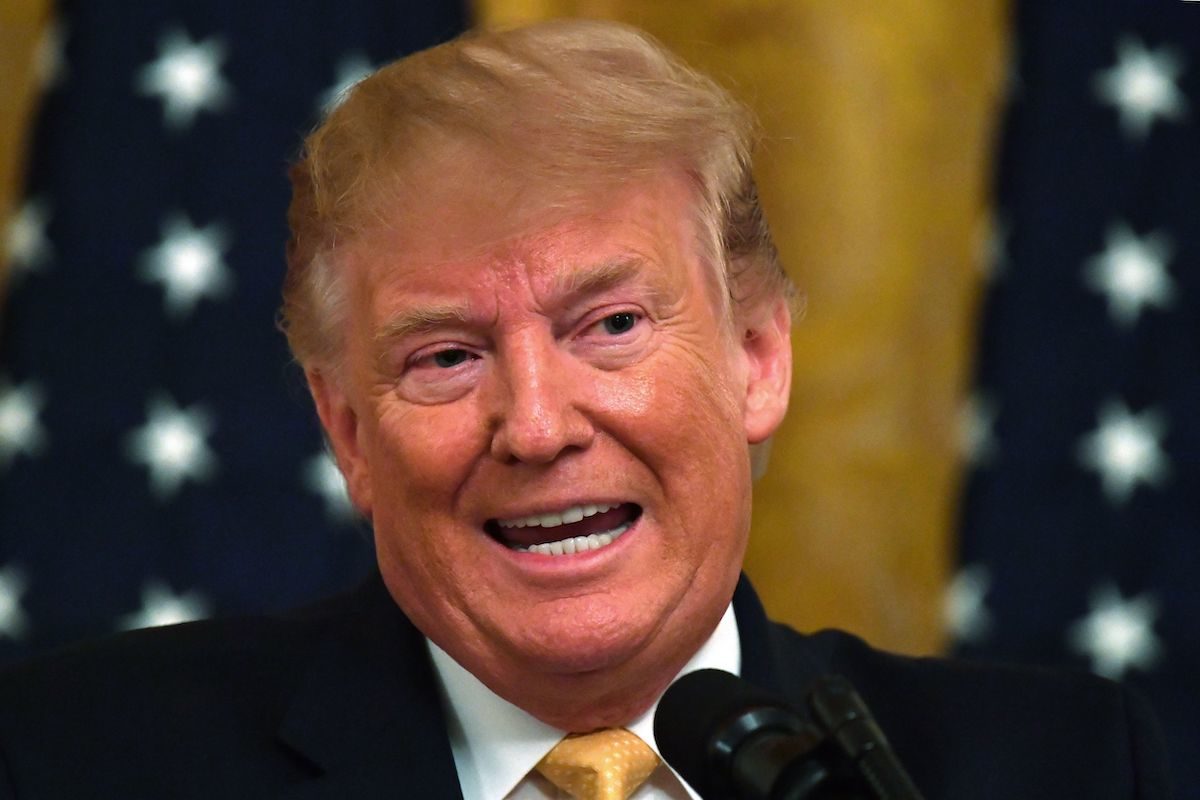 President Donald Trump got the net talking again this weekend, as usual. He wasn’t colluding with foreign powers over an election or attempting to intimidate Congressional witness during their testimony – that’s so last week! No, this was potential more serious, for him at least. He went to the Hospital…and then made it weird.

Visited a great family of a young man under major surgery at the amazing Walter Reed Medical Center. Those are truly some of the best doctors anywhere in the world. Also began phase one of my yearly physical. Everything very good (great!). Will complete next year.

Now we don’t know that the president is lying about this, but this is…weird, right? No one has a two phase physical. That’s just…not a thing. Especially late on a Saturday. Even weirder, this visit was not on Trump’s public calendar and his regular yearly visit is in February, so he’s not due. The White House press secretary interrupted their weekend to get in on the spin.

President Trump is at Walter Reed hospital: “Anticipating a very busy 2020, the President is taking advantage of a free weekend here in Washington, D.C., to begin portions of his routine annual physical exam at Walter Reed.” – @PressSec

Now I would say visiting…someone (Trump doesn’t ID the young man, who I just assumed was a soldier) is a good cover for a secret emergency visit, but not if you immediately talk about. Then again, though this guy may be a serial liar, he’s also a bad liar who likes to go on the offensive with his falsehoods and has such hubris he thinks people will believe whatever he tweets (some do! It’s sad!).

A visit like this immediately prompted, if not concern, at least speculation as to why Trump had to go in. The bright side however was that #WalterReedHospital began trending on twitter and the results were hilarious.

#WalterReedHospital I received the official x-ray of why Trump was in the hospital pic.twitter.com/Y3W6bXZ63F

I’m not a praying person, but if you are, please pray for our president regarding his unscheduled visit to Walter Reed. We want him to survive long enough to serve at least a few years in prison. #WalterReedHospital

So trump went to #WalterReedHospital to get a doctor’s note saying he can’t be impeached because he has bone spurs? #impeachment #MAGA

Whatever the reason for the visit, I’m sure we’ll learn the truth eventually…maybe in ten years when this is a movie? At least one thing is for sure: by this time tomorrow we’ll have some other weirdness, lie or crime to talk about when it comes to the President.