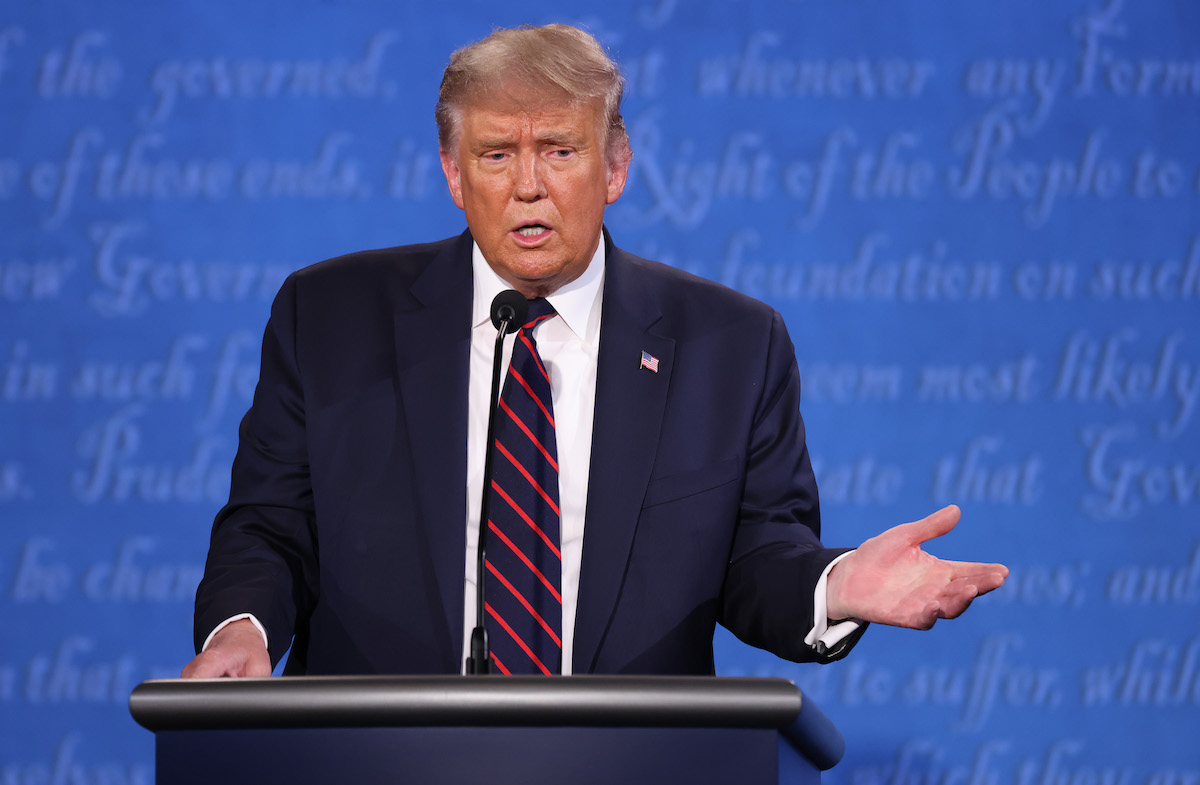 When it was revealed Donald Trump tested positive for COVID-19 last fall, the timeline of events was murky. Former White House Press Secretary Kayleigh McEnany refused to answer direct questions about when exactly Trump got the positive result, but it was announced on October 2, a few days after he and Joe Biden had an in-person debate and after he met with a group of military Gold Star families, most of whom did not wear masks at the meeting, at Trump’s insistence.

But according to a new book from Trump’s former chief of staff Mark Meadows, he actually got that positive test result on September 26—a week earlier and the same day he hosted the nomination celebration for Supreme Court Justice Amy Coney Barrett that infamously turned out to be a major super-spreader event.

That means Trump put those Gold Star families, then-77-year-old Biden, and everyone else he came into contact with at extreme risk of catching the virus.

On top of that, Trump actually publicly blamed the military families for infecting him, as well as Hope Hicks, one of his closest aides. Here’s what he told Fox Business’s Maria Bartiromo at the time, per Business Insider:

“They all came up to me and were telling me a story. Maria, it was really amazing actually. Beautiful but sad,” Trump said of the event. “They tell me these stories, and I can’t say ‘Back up. Stand ten feet.’ You know, I just can’t do it.”

He was trying so hard to present himself as a compassionate person—compassionate even at the expense of his own well-being. Of course, that was entirely unbelievable, even at the time. According to Meadows, Trump stood in a room with those people, let them get close to him, hug him, talk face to face, all while he was actively infecting them.

idk if one headline can completely define a person but this comes pretty close https://t.co/JZpoLPzevk

Meadows writes that Trump tested positive and then took a second test that came back negative, and apparently just decided to trust the negative result with no more follow-ups. He was supposed to get tested ahead of his debate with Biden but didn’t because he arrived at the venue late. A coincidence, I’m sure.

HuffPost spoke to a number of former White House staffers and officials, who seemed gobsmacked at the callousness:

“I never heard anything like this,” said one former senior White House official who frequently interacted with Trump and who spoke on condition of anonymity because of his current position in Republican politics.

Another, a supervisor to many staffers, was outraged. “I had staff who were pregnant, a cancer survivor, and half the West Wing was 65 and over,” the official said, also on condition of anonymity. “It’s unfathomable the risk they put so many people at.

“The story of me having COVID prior to, or during, the first debate is Fake News. In fact, a test revealed that I did not have COVID prior to the debate,” Trump said.

That doesn’t exactly refute the claim that another test revealed he did have COVID, not that Trump has ever had a problem spouting outright lies in the past.