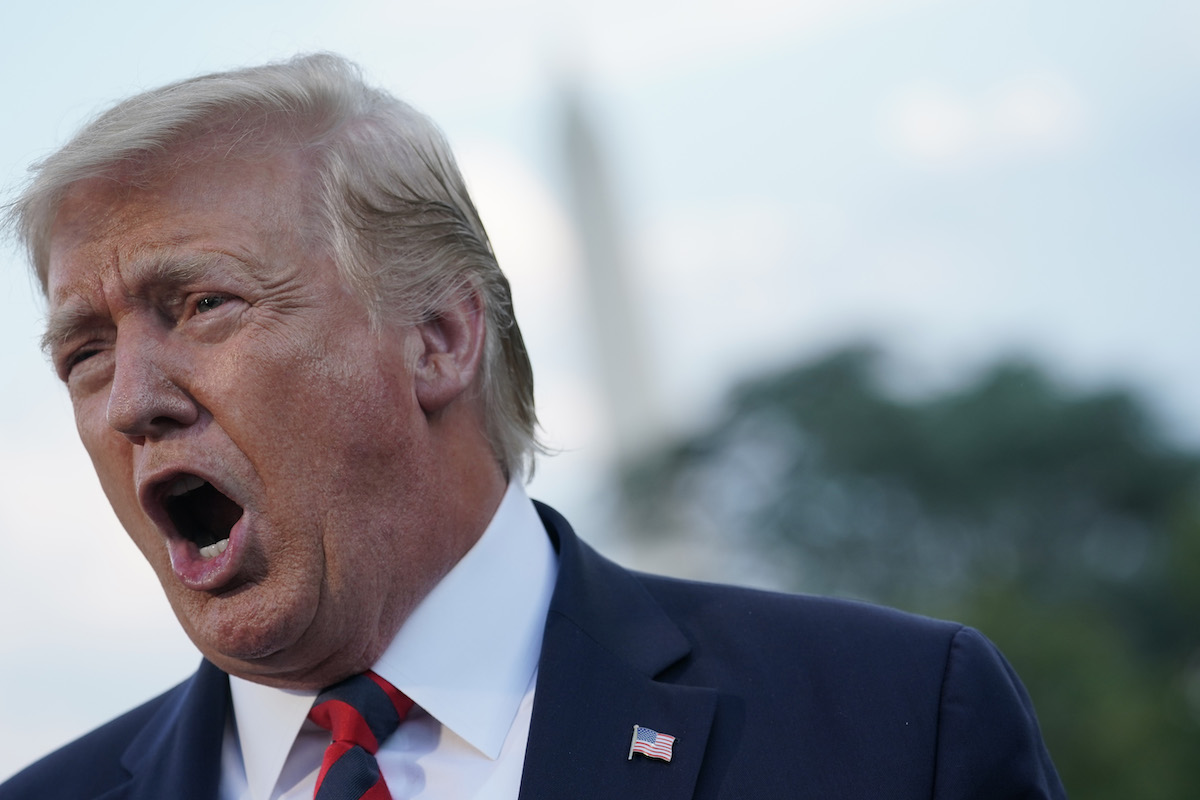 Donald Trump had an Extremely Online weekend, with a marathon of a Twitter rant. He started Friday morning by saying he’s too good of a president to ever be impeached and since then he’s posted dozens of tweets, touching on everything from Brett Kavanaugh to Iran to a false claim that the “House Judiciary has given up on the Mueller Report.” (They have not.)

With that last point, Trump suggested that he has a “better idea” for Congress than investigating his corruption and his obstruction of justice: looking into Barack Obama’s post-presidency book deal and Netflix projects.

….work that way. I have a better idea. Look at the Obama Book Deal, or the ridiculous Netflix deal. Then look at all the deals made by the Dems in Congress, the “Congressional Slush Fund,” and lastly the IG Reports. Take a look at them. Those investigations would be over FAST!

He apparently couldn’t let that idea go, ending another tweet with a weirdly random “Obama Netflix?”

….for the privilege of being your President – and doing the best job that has been done in many decades. I am far beyond somebody paying for a hotel room for the evening, or filling up a gas tank at an airport I do not own. These Radical Left Democrats are CRAZY! Obama Netflix?

I guess everyone’s past the point of caring, and standards now only apply to others, but “Obama Netflix?” is the sound of barking madness. https://t.co/ie1ptHmlq2

I’m going to start signing all my tweets with, “Obama Netflix?” pic.twitter.com/oXdzTmpNfa

I’ve decided to end every conversation today with an abrupt “Obama Netflix?”

This isn’t the first time Trump has suggested Obama’s book deal should be investigated—he said something similar to reporters back in July. Neither time, though, did he say what he thinks Congress would find if they were to look into that deal.

There’s nothing suspicious about a post-presidency memoir; nearly every president in the last century has written one after they’ve left office. Barack and Michelle Obama did reportedly receive a historic combined $65 million advance for their memoirs, which was bound to make Trump jealous.

As for Netflix, the streaming platform signed the Obamas’ production company Higher Ground to a reported “high 8-figure deal” last year. The couple will be producing documentary and otherwise nonfiction films and series, with the possibility for scripted content as well. Their first project, American Factory, just debuted last month.

When the Obamas’ deal was first announced, a lot of people predicted that Trump would be furious if his predecessor managed to get an Emmy before he did. And that sure seems to be what’s happening. Again, it’s not clear exactly what crime Trump thinks Obama has committed with these book and Netflix deals, making it pretty obvious that his obsession with them isn’t rooted in anything but jealousy.

Trump is the last person who should criticize a post-presidency Obama Netflix deal considering that it’s currently impossible to tell where the White House stops and Fox News begins.