Donald Trump Is Mad at Fox News Because He Doesn’t Understand How Polls Work, or Anything Really 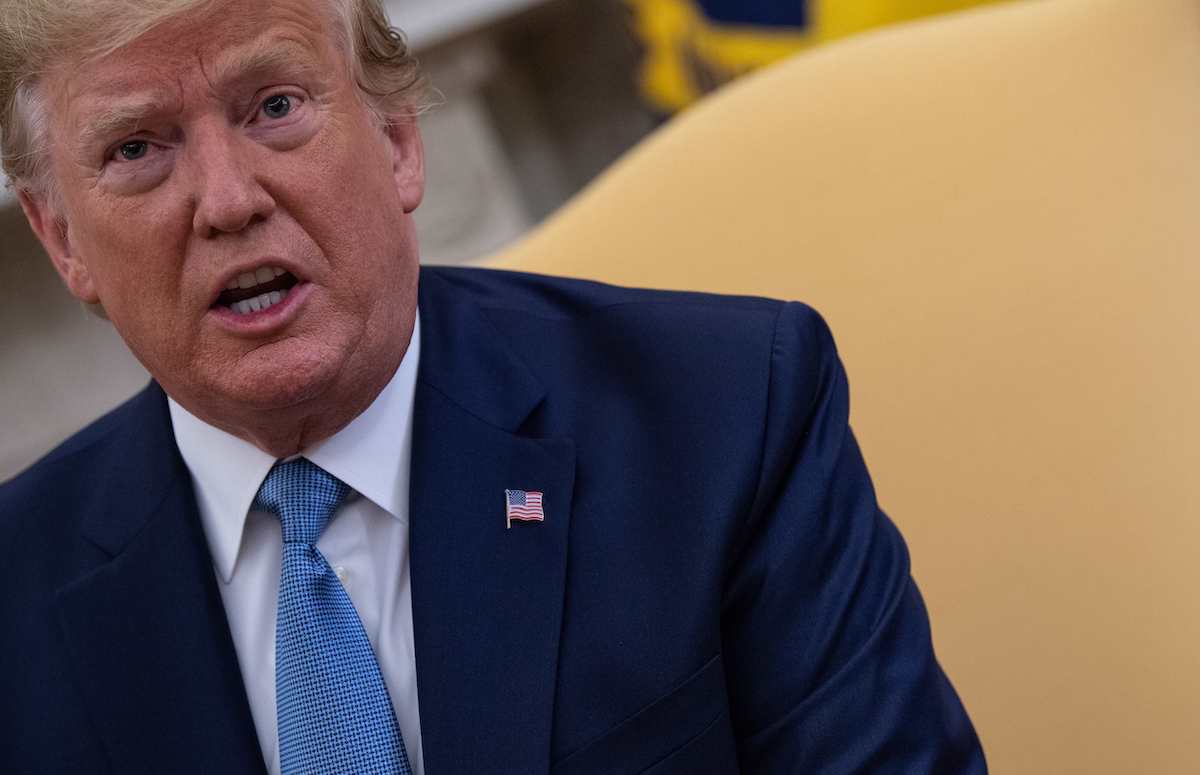 Donald Trump is angry with Fox News after the network reported on a poll that showed Joe Biden leading not just among Democrats, but in a general election matchup against Trump, as well. As you might expect, Trump didn’t take that very well. He attacked Fox for being part of the “lamestream media.”

.@FoxNews is at it again. So different from what they used to be during the 2016 Primaries, & before – Proud Warriors! Now new Fox Polls, which have always been terrible to me (they had me losing BIG to Crooked Hillary), have me down to Sleepy Joe. Even considering…..

….the fact that I have gone through a three year vicious Witch Hunt, perpetrated by the Lamestream Media in Collusion with Crooked and the Democrat Party, there can be NO WAY, with the greatest Economy in U.S. history, that I can be losing to the Sleepy One. KEEP AMERICA GREAT!

This came just a day after he cherry-picked more favorable bits of the same poll that he chose to boast about.

No, it “shouldn’t” be 100%. A poll measures public opinion, not Trump’s opinion, which is what Fox News anchor Julie Banderas took to Twitter to try to explain to him in an inherently doomed effort.

That is incorrect. FOX News Opinion Polls are the public’s opinion not of @foxnews Interviews are conducted among a random national sample of 1,004 registered voters. 217 Landline and 787 cellphone numbers were randomly selected for inclusion in the survey. https://t.co/ndjLJqIPfN

We know that Trump is incapable of handling negative feedback and that he brands any unfavorable news “fake,” along with the outlets that report on those stories, but that fact is never more transparent than when he lumps Fox News—which, most of the time, appears to be a propaganda machine running solely for an audience of one—in with actual news sources.

One the one hand, it’s really depressing to have an aspiring fascist in the White House. On the other hand, when it comes to Trump and Fox News …