What is wrong with him. 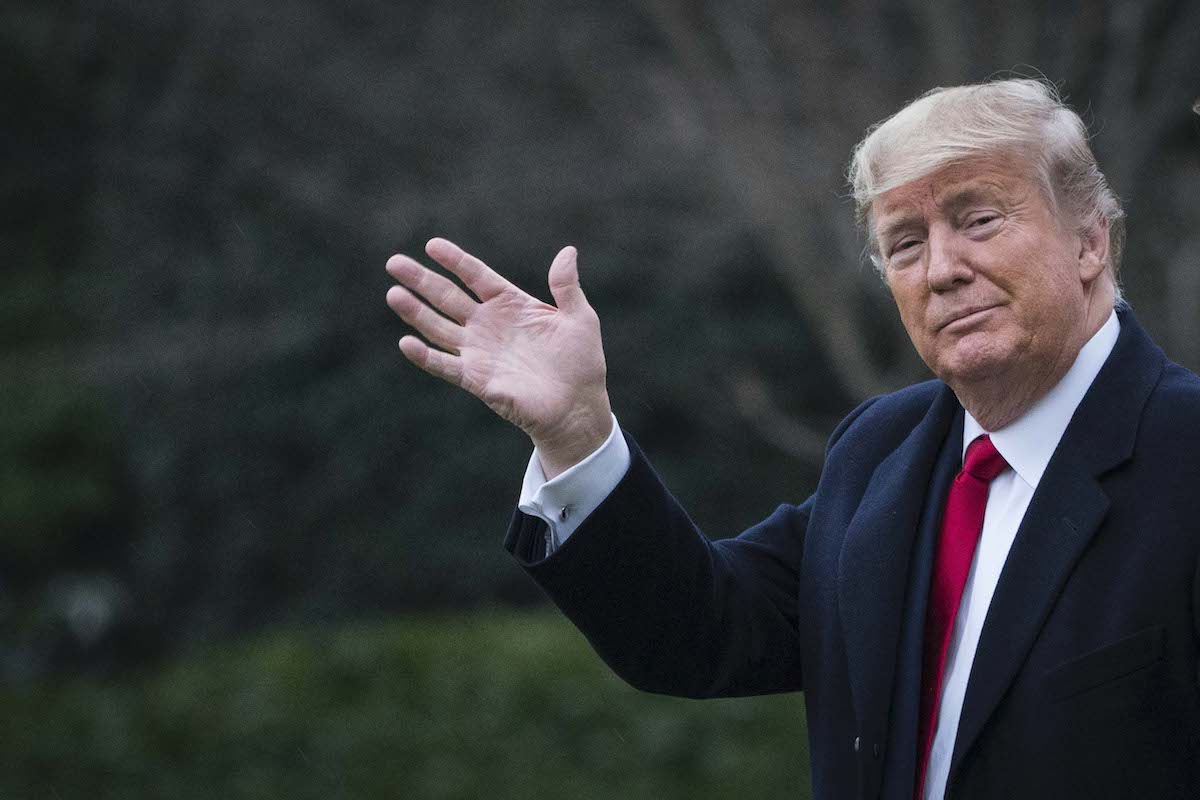 In tragically unsurprising news, President Donald Trump has returned to the golf course instead of doing literally anything to fight the coronavirus pandemic. As America crosses the grim threshold of 100,000 deaths (that we know of) from COVID-19, Trump returned to his National Golf Club in Sterling, Virginia. Trump and his cohorts played a round sans masks, because the president refuses to wear them. According to CNN, this marks Trump’s 357th visit to one of his properties and his 265th trip a golf club he owns.

While stay at home restrictions are being lifted across the country, we are still very much in the throes of a health crisis. And the rushed reopening efforts guarantee that we will see a spike in infection rates, especially in churches and places of worship that the administration is pressuring to reopen.

There still isn’t enough widespread testing and contact tracing, not to mention that hospitals and health workers still don’t have the PPE that they need to treat their patients. The economy is in freefall, but still Trump golfs. that never stopped him from complaining about Obama’s golfing, because the president is a hypocrite.

President Obama has a major meeting on the N.Y.C. Ebola outbreak, with people flying in from all over the country, but decided to play golf!

It’s frustrating and scary to see our government completely abdicate responsibility from the crisis we are currently enduring. Trump is raking in our tax dollars while playing at his own course, and the Senate is taking a week off for the holiday, because I guess nothing pressing is happening?!

Many took to Twitter to express their dismay that Trump is golfing while people are dying.

Donald Trump honors the 100,000 Americans who died from coronavirus?

Donald Trump visits a house of worship after demanding churches be reopened?

As US deaths approach 100,000, Trump disputes the numbers and plays golf.

BREAKING: Trump golfs as America dies. He is the laziest, most corrupt and sociopathic president in American history. By far.

George Bush on why he stopped playing golf during the Iraq War: “I don’t want some mom whose son may have recently died to see the Commander-in-Chief playing golf.”

But today with 100,000 American families mourning loved ones from COVID-19, Trump golfs. https://t.co/ZqBxTB6kHN

Sad but serious question: How much of Trump’s push to reopen has been motivated by him knowing he couldn’t play golf until everyone else could? https://t.co/I0EEP9KBSo

Gotta feel good, you know? Stuck at work for two months, having to deal with all this lame disease stuff, ugh, such a drag. Finally he can get back to what he loves doing, the whole point of being President of the United States: golfing for five hours on the taxpayer's dime. https://t.co/cslGCLvwiv

The President of the United States shouldn’t be golfing during the height of a pandemic. If you’re an elected who disagrees with that, you should resign immediately because you’re terrible.

In 2014 on Fox and Friends he criticized Obama for golfing when there were *two cases* of Ebola in the United States saying, "it sends the wrong signal" and he should have given up golf as president "to really focus on the job." https://t.co/br8jLwVLts pic.twitter.com/Jmh5CSt2mp

Trump is golfing right now. When will he mourn the dead?

Tragically, Trump’s golf trip is not surprising. It is only the latest demoralizing and exhausting example of his lack of care and consideration for anyone beyond himself. The president’s callousness and soulless behavior is all too predictable, and it is the opposite of leadership. We should never stop being angry and outraged by this. And we should make sure we’re heard at the ballot box.