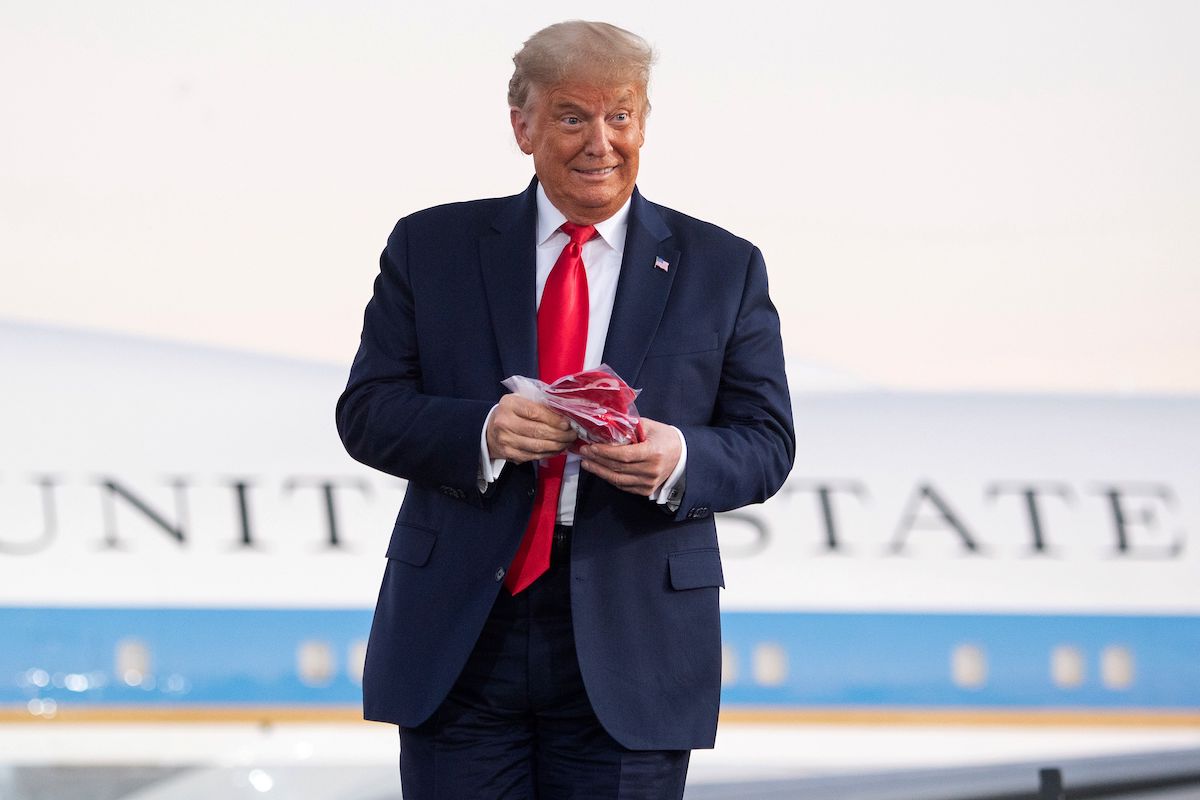 There’s been so much going on lately, from Amy Coney Barrett’s Supreme Court confirmation hearings to the fast-approaching election to Donald Trump’s hospitalization and subsequent apparent desire to spread COVID-19 to each and every one of his supporters individually.

The President again talks about kissing people at the rally pic.twitter.com/HWJj7MPhcU

We’re all so inundated with news all the time and it’s all urgent, breaking, deeply important news, that it can be hard to feel the appropriate level of horror when Donald Trump does something like, say, retweet an absolutely batshit QAnon conspiracy theory about Barack Obama faking the assassination of Osama bin Laden and murdering Navy SEALs. Which is exactly what Trump did do earlier this week.

Nobody seems to pay attention to this stuff anymore but this is the president of the United States tweeting that Osama bin Laden was kept alive in Iran and moved to Pakistan for Obama to have a “trophy kill” (which is obviously false) pic.twitter.com/lKuql2nnOv

The Daily Beast explains what this means:

President Donald Trump backed a budding conspiracy theory on Tuesday that four Americans were killed in the 2012 Benghazi attack to cover up the blood-sacrifice of Navy SEALs and the “fact” that Osama Bin Laden is still alive, marking what is perhaps the president’s strangest brush yet with far-right conspiracy theories.

Trump’s promotion of the new Benghazi conspiracy theory, which is fast gaining traction on the far right, came in the form of a retweet of a QAnon believer pushing the claim. The president’s backing helped push the tweet about Benghazi above 14,000 retweets. Trump retweeted another video about the conspiracy theory later on Tuesday night, marking the second time he had promoted the Benghazi claims on Twitter.

At any other time, in any other world, that would be a gigantic story. In this world, no one even has any room for it.

Nobody cared! Nothing matters at all! pic.twitter.com/fitHAnbbOi

Did we ever nail down whether Seal Team Six was, in fact, murdered as the president’s twitter account suggested earlier today?

Very brave men said goodby to their kids to go kill Osama bin Laden. We were given the order by President Obama. It was not a body double. Thank you Mr. President. Happy birthday @USNavy

But at least he has a sense of humor about it. It is hard to take Trump seriously, after all.

Shit. I just found out that I killed Osama bin Johnson. Drinks are on me, I guess…