Dolphins Purposefully Get High in a Nature Documentary Narrated by David Tennant, We Are Endlessly Entertained

Apparently nature has a sense of humor, because you can get high on "puffer" fish. 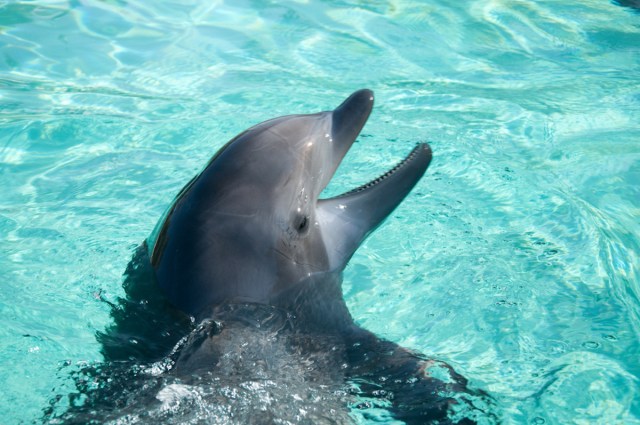 As it turns out, dolphins know how to get high off of the toxins in puffer fish, and David Tennant is apparently a total narc. At least, that’s what we’re getting from a Tennant-narrated BBC nature documentary that exposes the secret lives of dolphins and rats them out for experimenting with deadly nerve toxins.

Award-winning documentary filmmaker John Downer got all NSA on the denizens of the ocean while filming his new BBC nature series Dolphins:Spy in the Pod by rigging up fake sea life to spy on dolphins without their knowledge.

He’s done the same thing before with lions, elephants, and penguins, and you can watch this clip (which is sadly lacking any stoner dolphins) for a little bit on how it’s done. Just don’t get too distracted by David Tennant’s natural accent:

[UPDATE] Since the BBC changed the clip we originally posted to be unavailable in some regions, including ours, here’s the teaser for the documentary, which thankfully includes Tennant’s narration (thanks to the Daily Mail):

And here’s the first clip we posted that explains how the footage was captured if it still plays in your area:

This was a case of young dolphins purposely experimenting with something we know to be intoxicating.

After chewing the puffer gently and passing it round, they began acting most peculiarly, hanging around with their noses at the surface as if fascinated by their own reflection.

It reminded us of that craze a few years ago when people started licking toads to get a buzz, especially the way they hung there in a daze afterwards. It was the most extraordinary thing to see.

So now we’re basically imagining dolphins floating around in a circle That `70s Show style, passing around a really irritated puffer fish, and squeaking to each other about how weird it is to have fins and that everyone should just relax about the puffer fish’s deadliness, because it comes from nature, and nature is good… and we’re imagining it all narrated by David Tennant. (Which is our preferred way to imagine things anyway.)

(via The Independent, image via Loren Sztajer)