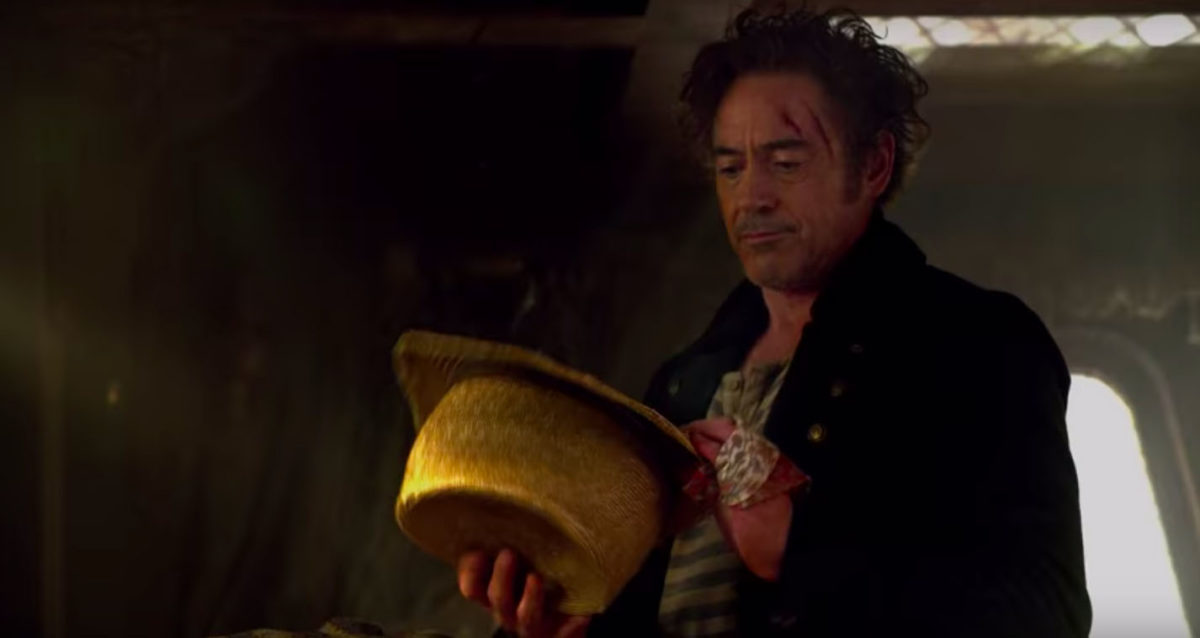 How do I talk about Dolittle? Honestly, it’s a journey. There’s a socially anxious gorilla (relatable) and a goose who loves to run around while a parrot leads the charge as Dr. Dolittle’s second in command? Can’t wait to be delightfully confused by this entire movie.

Dolittle is a remake of the 1967 film Dr. Dolittle starring Rex Harrison (the ’90s Eddie Murphy movies were inspired by the children’s stories of the same name but did not use material from the novels). This new Downey-fied version seems to be just a tad more eccentric. I just hope he has a wife who is a seal that he has to throw into the ocean.

Anyway, I stand by the strong feeling that I am the ostrich named Pumpton and voiced by Kumail Nanjiani in Dolittle. (There are many, many famous, award-winning, and no doubt expensive voices in this thing.) Here is the trailer so we can all embark on this adventure together.

Reviews and reactions to the trailer were extremely mixed (to say the least), yet I remain optimistic. Bring on these live-action animated creatures voiced by the captains of Hollywood industry! The idea of talking to animals has delighted me since I was a kid—I’m that person who would get lost because I’d see a dog and want to pet it. To be fair, I’m still that person. My friends lose me all the time.

My point is that I’m young at heart when it comes to things like this, so Dolittle is the perfect kind of winter movie where I can go to the movies and just enjoy myself without worrying about how life-changing a film now “has” to be.

The movie isn’t without its problems. There have been multiple instances where the powers that be, essentially, cleaned creative house. And with this story circulating around the internet over why the film found a new director, I’m truly only more intrigued. Everything around this Dolittle seems to be wild. It appears like the appearance of the trailer at all is a minor miracle.

So someone that worked on the new Dr Dolittle movie is posting about it on reddit aaaaaaaaaaaaand….. pic.twitter.com/uhtb0FjSpf

All this being said, the movie does have the aforementioned Gorilla, and I think there is going to be something special there. Voiced by Academy Award-winning Best Actor Rami Malek, Chee-Chee (that’s its name and honestly, same) seemingly is terrified while on a boat under attack with Dr. Dolittle. Seeing the gorilla is frightened, Dolittle looks over and tells Chee-Chee that it is “okay to be scared.” Even adults can be afraid to even admit that we’re frightened—and seeing a giant gorilla being afraid and then being told by Robert Downey Jr. that it was okay to feel that way made me cry. Leave me alone.

Are you excited? No? Fine, live in your sadness. Me? I’m thriving, my skin is clear, my soul revived, and I truly cannot wait to see Dolittle, which is just Robert Downey Jr. in bizarre outfits with a goose losing its damn mind.

Michael Sheen and Antonio Banderas are also involved in this in some fashion! With the likes of Emma Thompson, Octavia Spencer, Tom Holland, Selena Gomez, Ralph Fiennes, John Cena, and Marion Cotillard all voicing animals, if there’s one award this movie will win, it’s whoever was running the casting department.