Has Doctor Who‘s Next Doctor Been Cast? Russell T. Davies Seems to Think So! 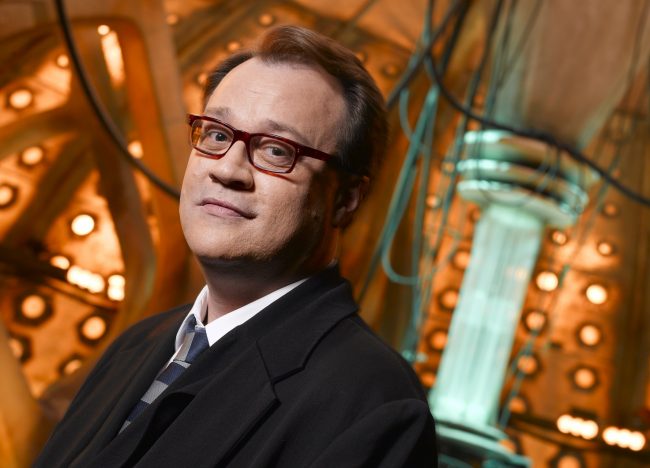 We all know that this season will be Peter Capaldi’s final season playing the Doctor on Doctor Who, which leaves a big question unanswered: who will play the 13th Doctor? It seems that the role may have already been cast!

In a recent interview with AndyVision at the British LGBT awards, Russell T. Davies, former showrunner of Doctor Who and the guy responsible for all that sweet Whovian reboot goodness in the first place, was being interviewed and was pressed about who he wanted to be the next Doctor. Specifically if he wanted it to be a woman, a person of color, or a non-Brit this time around.

At first, Davies was not taking any bait, saying, “Having worked on it, I’m leaving it to them. And every time you pass any sort of comment on Doctor Who they go mad. … It’s like me asking you about the job you did five years ago.”

Fair enough. But Mr. AndyVision was not giving up, and as the questions continued to come, Davies continued to not give comment, except to say, “And I do know who it is.”

Yes. This is us going mad.

And of course he knows. Not only is he Doctor Who‘s former showrunner, but he’s totally still friends with all these people making the show! So, while he wouldn’t give the slightest hint as to who the person might be, or what their gender or ethnicity might be, he basically confirmed that the person has already been chosen, and it’s only a matter of time before we get an announcement about it.

Unless he’s totally just fucking with us, which I suppose is also possible. Last chance for speculation, Whovians? Who do you think/hope the next Doctor will be?

(via Doctor Who TV, image: BBC)