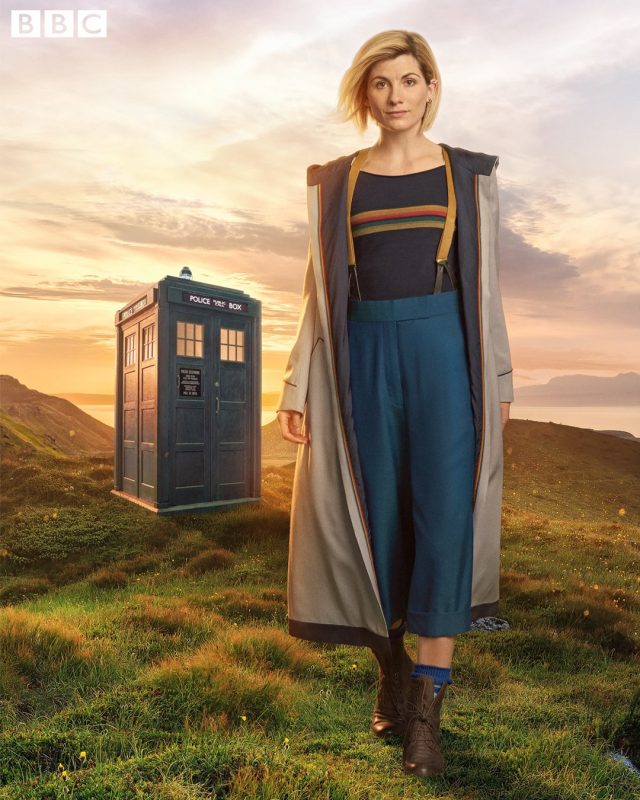 If you have 50 years of a character being portrayed on a hit television show by different male actors, paying them all at the same level, then when a woman takes on the same role suddenly just so happen to pay the person in that role less…that would be extremely shady, right? Of course right. Jodie Whittaker thinks so, too, which is why she insisted on pay parity when she took on the iconic role of the Doctor on Doctor Who.

When speaking with the UK’s Radio Times, Whittaker talked about how when she took the role, she insisted on equal pay to outgoing Doctor, Peter Capaldi. “It’s an incredibly important time and the notion [of equal pay] should be supported,” she says. “It’s a bit of a shock that it’s a surprise to everyone that it should be supported!”

It’s an incredibly important time in the UK in particular, thanks to a report on the BBC, which revealed a huge, gender-based pay disparity within the country across all positions.

As reported by IndieWire, “Following the report, BBC Director-General Tony Hall promised that Whittaker would receive pay parity with Capaldi, between £200,000 and £249,999 per episode. Hall also said he is aiming to close the gender pay gap at the BBC by 2020.”

Whittaker is currently filming the next season of Doctor Who, and in her interview, she made clear that this isn’t just a priority for the women who work at the BBC. That there are people of all genders who care about resolving this. “I know I do not speak just on behalf of the women here,” Whittaker says. “I speak on behalf of the men and the women.”

Wait. So, feminism and equality help everyone? Not just women? Who would’ve thought?!