Doctor Who Commenced Filming Yesterday, and We Have Some Pictures to Show You (From the Future) 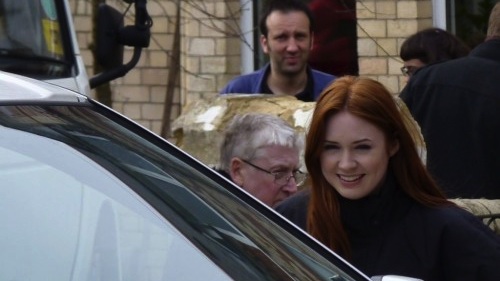 It’s always nice to know that the things you’ve been anticipating are actually materializing (like they’re supposed to, according to The Secret), and yesterday, the cast and crew of Doctor Who finally got back together to start shooting the seventh season. While there is pretty much zero context for the pictures that were released, isn’t it just comfy to know that Rory (Arthur Darvill) and Amy (Karen Gillan) are about to go on some new adventures (that will probably make us cry)? In addition to pictures, we also found out about a very fun — and equally British-franchise-friendly — guest star.

First, we’ll no longer leave you in suspense and show you this guest star: Mark Williams! Best known for some of us as Arthur Weasley in the Harry Potter movies, he was also the star of BBC‘s sketch comedy show, The Fast Show. There are unconfirmed rumors that he’ll be playing Rory’s dad. But since they’re unconfirmed, we’ll just leave it at that. 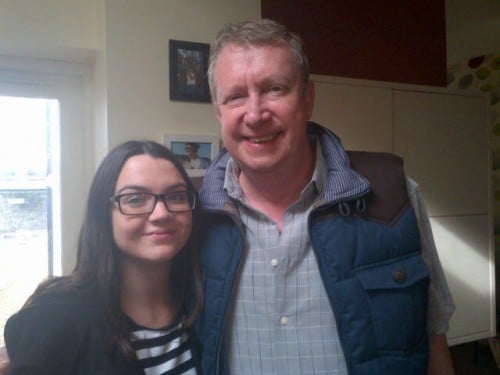 The shoot actually used someone’s private home as Rory and Amy’s house, located in Penarth, Wales, though probably just for interiors. As io9 points out, the last time we saw the interior of the Pond-Williams abode was in “The Impossible Astronaut.” There is also some news surrounding the impending departure of the Ponds, so we’ll buffer that with a couple of other pictures from the set if you want to skip that part. (Though it’s pretty much spoiler-free, no plot details are given.)

First, here is the full shot of Karen Gillan: 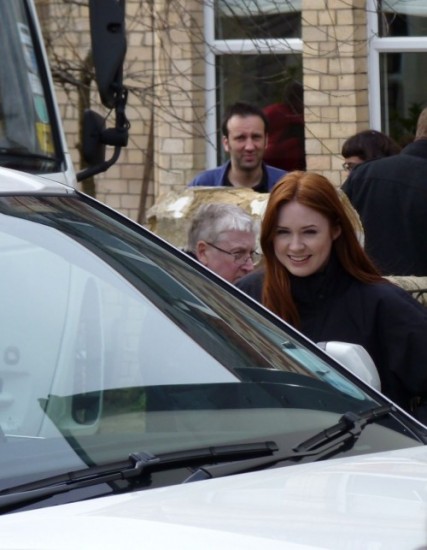 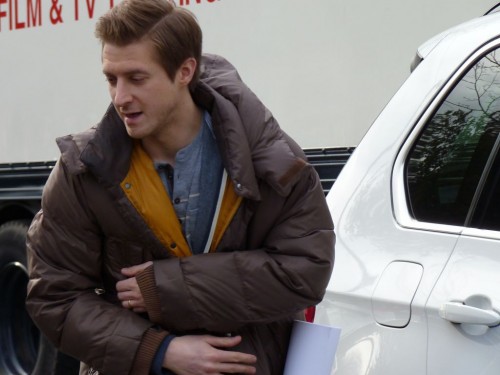 See? Completely free of context, except that they shot interior scenes, of which there are no pictures yet. And now, the farewell. Writer Toby Whithouse says that he’ll be writing the third episode of the season, which will begin to set in motion the actions leading to the Ponds’ departure. Some might speculate that since Steven Moffat said there would be no “multi-part” episodes this season that the departure is coming as soon as the third or fourth episode. Personally, I think it’s too soon to tell that kind of thing. Then again, I have never been able to predict the events of a season of Doctor Who.

Oh, and Matt Smith was not at this shoot, hence the lack of pictures of him. Don’t worry — as soon as some are taken, they will not be witheld.