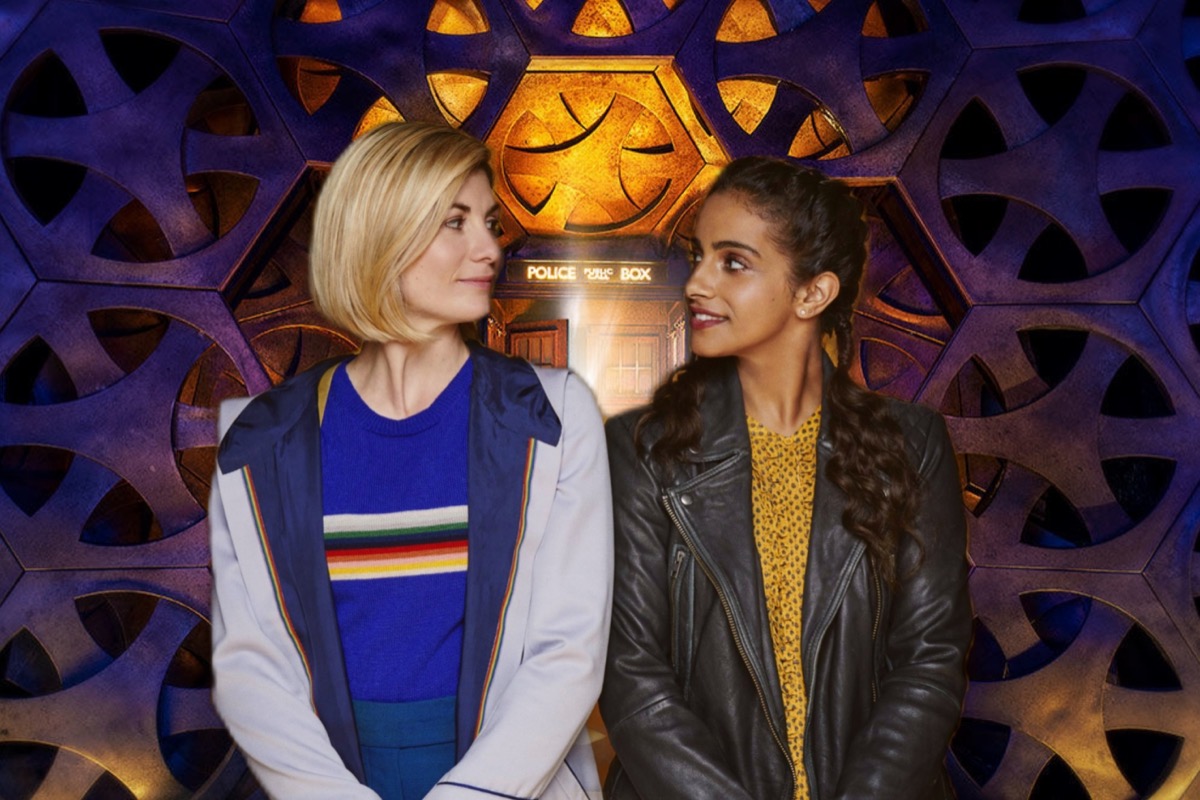 With just three holiday specials left until Jodie Whittaker bids farewell, the Thirteenth Doctor’s run on Doctor Who is nearing its final hours—but even after three full seasons, the Whittaker/Chibnall era of Who is still noticeably devoid of one major component that’s been present in every season of Doctor Who since the show was revived in 2005: a doctor/companion romance.

Though she’s had four main companions (more than every other NuWho Doctor except David Tennant), the Thirteenth Doctor’s run on the show has been marked by a lack of romance in the TARDIS—but the show’s latest series, Doctor Who: Flux, seems to be building up to change that. Though their relationship would easily be the slowest slow burn Doctor Who has ever explored, a romantic relationship between the Thirteenth Doctor and Yaz seems closer than ever, thanks to Flux’s focus on the closeness of their relationship.

When Doctor Who was reimagined for a new generation of fans in the 2000s, with it came a shift from the Doctor as an older, quirky father-figure type to a viable romantic lead. from Nine/Ten and Rose to Eleven and Clara to Twelve and Missy/River, each era of NuWho has incorporated a love interest for the Doctor in some way shape or form—that is, until Jodie Whittaker’s run as the Thirteenth Doctor began.

It’s not difficult to discern why a romantic subplot for Thirteen has taken this long. Though her bubbly, chatty exterior may make her seem like an easygoing people person, Thirteen plays her cards incredibly close to her chest and hardly ever divulges her genuine feelings to anyone, let alone the companions she travels with, making it difficult for the show to explore a romance for her that would feel forced or shoehorned in.

Enter stage left, Yaz. Like Graham and Ryan, Yaz was first introduced in the Thirteenth Doctor’s first episode, “The Woman Who Fell to Earth,” as one of three new companions, but unlike her fellow time-travelers, Yaz was frequently put on the back burner and is often cited as having the least development of the three in series eleven. Her personality has still certainly shown through (thanks in large part to Mandip Gill’s layered performance that makes the most of virtually every line she’s given), but in comparison to Graham and Ryan’s tenuous relationship with each other and their mutual storyline revolving around the loss of Grace, Yaz’s storylines have felt decidedly less focused.

This all began to change in earnest, though, when series 12 New Year’s special “Revolution of the Daleks” began teasing that Yaz’s feelings for the Doctor might be more than friendship and admiration. Granted, the show had jokingly made references to Yaz and the Doctor being a couple before—Yaz’s mum asks them if they’re seeing each other when Yaz brings 13 home for tea in “Arachnids in the U.K.”

But when we reunite with Yaz in “Revolution of the Daleks,” she’s spent 10 months in self-imposed solitude, sleeping on the TARDIS and desperately searching for a way to save the Doctor, who was imprisoned by the Judoon. 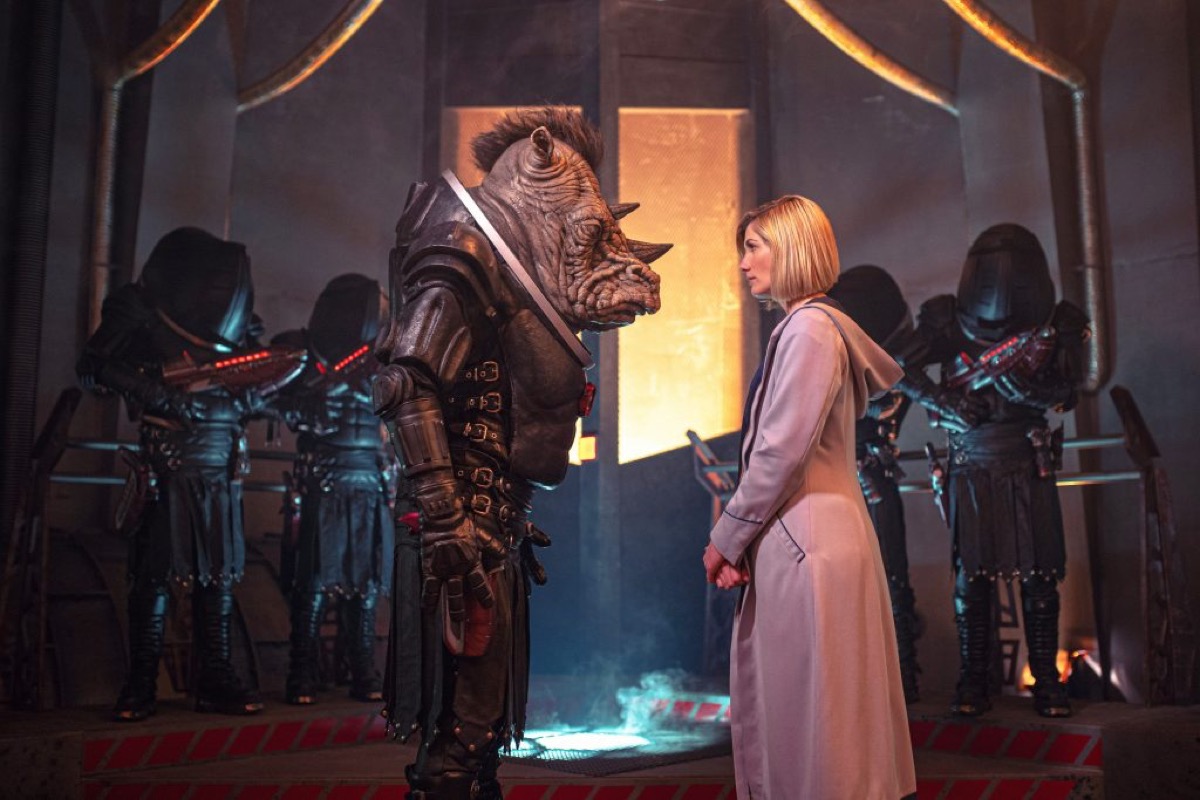 The episode makes it clear that Yaz’s determination to get the Doctor back is far beyond standard companion loyalty—to the point where Graham and Ryan are worried about how distraught she is over the Doctor’s disappearance. Within seconds of meeting her, Jack Harkness is able to discern, after watching Yaz shove the Doctor in frustration at her sudden and unceremonious return, that Yaz’s feelings for the Doctor are more than just platonic.

Speaking of Jack, the episode also features a heartbreaking scene where Jack (who was teased to have harbored his own complicated and possibly romantic feelings for both the 9th and 10th Doctors) warns Yaz of the emotional strain of falling in love with such an elusive figure, and tells her that he recognized that she had a “rough time” without the Doctor. Yaz then confides that the doctor leaving her “felt cruel … to be shown something I couldn’t have any more … I’d rather not have known. I’d rather not have met her, cos having met her and then … being without her, that’s worse.

“Revolution of the Daleks” is the series’ first true way of establishing Yaz’s passion for the Doctor and desperation to know more about her going beyond just curiosity—but in the latest series, Flux, that yearning and passion is increased tenfold when Graham and Ryan depart, and Yaz and the Doctor spend an unspecified but significant amount of time together before the series picks up.

Though Flux featured a complicated, universe-destroying narrative, the underlying emotional current of the series was Yaz asking the Doctor to open up to her and be truly vulnerable—a request that the Doctor spent the entire series struggling with how to fulfill.

In the series premiere, “The Halloween Apocalypse,” Yaz questions why the Doctor won’t “let her in,” and that question seems to haunt the two of them over the course of the entire series. Yaz’s devotion to the Doctor is never called into question—she writes “WWTDD” (what would the doctor do) on her hand as a reminder to herself, and when the Doctor inadvertently leaves her stranded yet again, this time for three years, she spends the entire time rewatching a holographic goodbye the Doctor recorded for her.

The Doctor’s heartfelt hologram, which features a rare display of emotional vulnerability as she tells Yaz, “I’m sure I miss you,” is reminiscent of the Ninth Doctor’s similarly emotional hologram to love interest Rose Tyler in season one.

It’s not the first time that Yaz and the Doctor’s relationship has been directly paralleled to an explicitly romantic one, either. In “The Haunting of Villa Diodati,” Claire Clairmont confides in Yaz that she’s in love with Lord Byron, but is uncertain of whether or not he returns her affections, to which Yaz responds that she too “know[s] someone like that.” Yaz and the Doctor’s heartfelt reunion after three years apart—which results in a long overdue hug between the two—also directly parallels the reunion of supporting characters Bel and Vinder, a romantically linked couple. 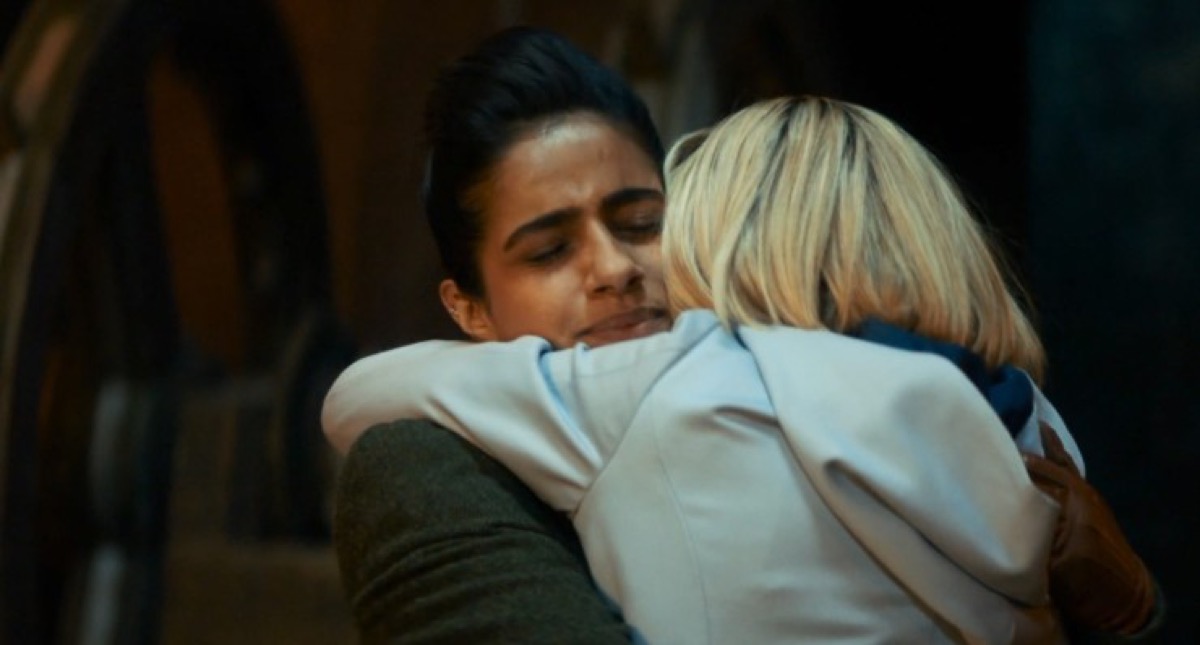 What truly tips Yaz and Thirteen over the edge as a couple with the genuine possibility to become canon, though, is their final scene in the series finale, which features a heart-to-heart in which the Doctor tearfully apologizes to Yaz for shutting her out and avoiding her questions, telling her, “Yaz … I’m sorry. I didn’t let you in… to what I was doing…What I was looking for. I shouldn’t have shut you out,” and that she wants to tell her everything.

Following that revelation and Yaz agreeing that she’d like that, the two share a quiet, tender moment, until Dan interrupts them—much to the chagrin of Yaz/Doctor hopefuls. The exchange is, without question, the most open and vulnerable we’ve seen from this Doctor over the course of her entire run, and as Yaz leaves to show Dan the way, we see a tear run down the Doctor’s face, a tragic and silent moment indicating that Yaz’s desire to be closer to the Doctor isn’t just one sided.

If and when the Doctor and Yaz do officially get together, it will certainly have been a long time coming—just three episodes remain in Whittaker’s run, so it’s crunch time to finally pair them up romantically, but when it comes to a relationship as complicated and long-awaited as a Yaz/Doctor romance would be, the two of them finally expressing overtly romantic feelings would without a doubt be better late than never.

Though Doctor Who series 11–13 hasn’t always treated Yaz with the attention and development she deserves, finally allowing for her feelings to be returned would be a memorable and highly emotional end to her tenure on the show, not to mention a groundbreaking romance for Doctor Who as a franchise.