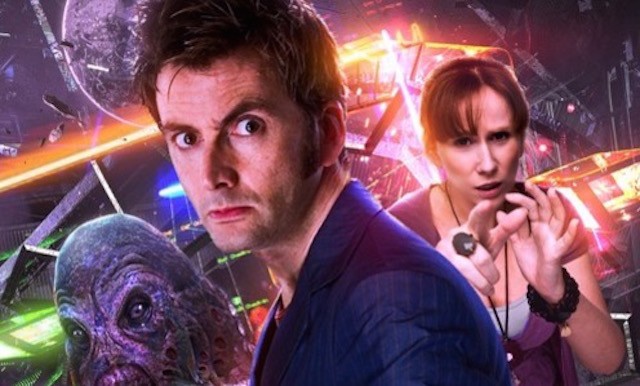 You know what? I could do with the new Tenth Doctor Adventures audio drams just never coming, but not because I’m not excited about them. I’d just settle for clips and trailers every few months so that I can always live in a world where there’s more David Tennant/Catherine Tate Doctor Who just on the horizon.

That’s not reality, though, and the three audio dramas from Big Finish, featuring the tenth Doctor and Donna Noble, are certainly on their way. Go ahead and give a listen to the newest trailer, which features scenes from “Time Reaver,” “Technophobia,” and “Death and the Queen” with tentacled gangster fights, a violent London Technology museum, and skeleton armies according to Radio Times:

Honestly, I’ve never been a huge fan of side stories told through alternate media (Doctor Who or otherwise), but hearing these two back together again is probably enough to get me to at least give these audio dramas a try. They’ll be available together (in a limited edition box set for early buyers) or separately from Big Finish in May.

It’s also worth noting that the box set is labeled Volume 1, so even after these episodes come and go, the door is still open for more Doctor/Donna.

(via io9, image via Big Finish)