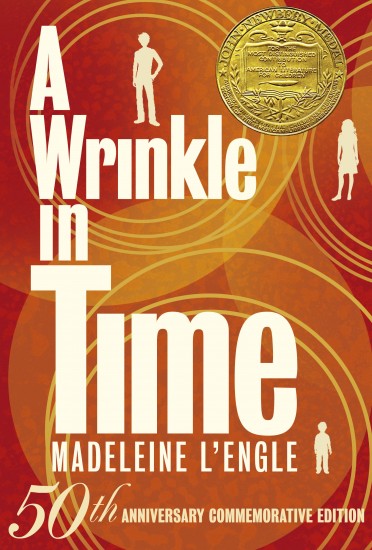 Deadline has just confirmed that Ava DuVernay, who was long rumored to be Disney’s choice to direct A Wrinkle in Time, has finally officially gotten the nod from the house of Mouse. The movie will be written by Jennifer Lee, who you may remember was a writer and co-director for Frozen.

The movie’s based on the classic fantasy novel by Madeline L’Engle, which centers on a young girl whose father goes missing in the course of his work for the government as a scientist. He was researching something called a tesseract (no, not a Marvel MCU Tesseract), which transports people to the fifth dimension. The young girl participates in the search for her father and meets many interesting people and creatures along the way.

It’s a grade school classic, one that you probably read for English class or as part of your required summer reading. Personally speaking, it’s one of my most favorite books, and I absolutely cannot think of anyone better than DuVernay to pick up the helming duties. The more I think about this pairing, the more excited I become about the fact that this movie’s being made.

Since Selma, DuVernay’s been courted by plenty of studios to head up their movie projects. She’s also in talks to direct Intelligent Life, which will star Lupita Nyong’o and is about “a UN worker in a department designed to represent mankind if there was ever contact with aliens, who falls for a mystery woman who turns out to be one.” It’s unclear whether Nyong’o will play the worker or the alien, though how great would it be if she was the UN worker?

What do you think? Are you a Wrinkle in Time fan? If so, how do you feel about DuVernay taking the lead on this one?